A growing popularity of Celtic tattoos is, as we consider, one of the coolest tendencies of modern tattoo art. Celtic ornaments and other typical elements are easily distinguished from others and different crosses in all possible variants, knots, and runes are well-known and belong to top-ten designs preferred by clients of tattoo studios all over the world. Such body drawings can have a laconic essence as well as contain some deep philosophical meaning built of the symbolic elements of the tattoo.

The Origins
To be able to completely understand and comprehend Celtic tattoos, it is necessary to make a reference to the origins of the culture. According to historical facts, the first mentioning of the Celts is dated by the 2000 B.C. Those were Indo-European warlike people who reached the highest point of their development during the IV century B.C. A bigger part of the Europe was inhabited by Celtic people, which included a lot of different tribes famous for their cruelty and militancy. They were constantly raiding countries Mediterranean countries.

This glory had rapidly vanished, all tribes were too independent and too freedom-loving to form any kind of strong alliances and cooperation with other Celtic tribes, which lead to them losing the influence in the Europe. They had to give up territories and move further and further to the North, as they couldn’t fight back other peoples conquering Europe. Thus, Celts were pushed to the North ending up with only territories of Scotland, Britain, and Ireland under their authority.
These are the territories who had kept the influence of the Celtic culture, lands where it is possible to witness a lot of Celtic traditions and old rituals. People there follow religious traditions of ancient Celts and keep in touch with representatives of this culture from all over the world.

Celtic Tattoos in Modern Art
The art of the culture has a very long history of development. Examples of Celtic artworks were found in stone, metal, and ceramic items. Special attention should be drawn to jewelry and weapons.
According to conventional chronology, the artistic Celtic style appeared in 800 A. D. This is considered to be the year when an Irish monk had finished the manuscript called «The Book of Kells».These manuscript are the finest examples of Celtic culture.
The style of art is full of endless curve lines, which do not have the clear point of beginning as well as the point where this uninterrupted line ends. The combination of several curvy lines forms sophisticated ornaments, which sometimes are so complex that they cover the whole area where they are placed. It looks unbelievably difficult to create such artwork.

Creative and individual solutions of the artist are one of the highest importance in the process of creation of the Celtic ideas for drawings or tattoos. That’s why they are all unique, you won’t find any identical tattoo design if it is not borrowed. These drawings are remarkable with their knots, weave, labyrinths? Spirals and floral elements of ornaments.
There is nothing new in the fact that Celtic tattoo designs are very popular all over the world. Due to their ancient origins, such drawings differ a lot from modern tattoo ideas with their elegance, sophistication, picturesqueness and beauty of all their elements.
The uniqueness of the Celtic art had inspired artist for creation astonishing body drawings. Some drawings can even have the complex meaningful essence, which had formed through thousands of years fulfilled with the energy of ancient militant tribes. 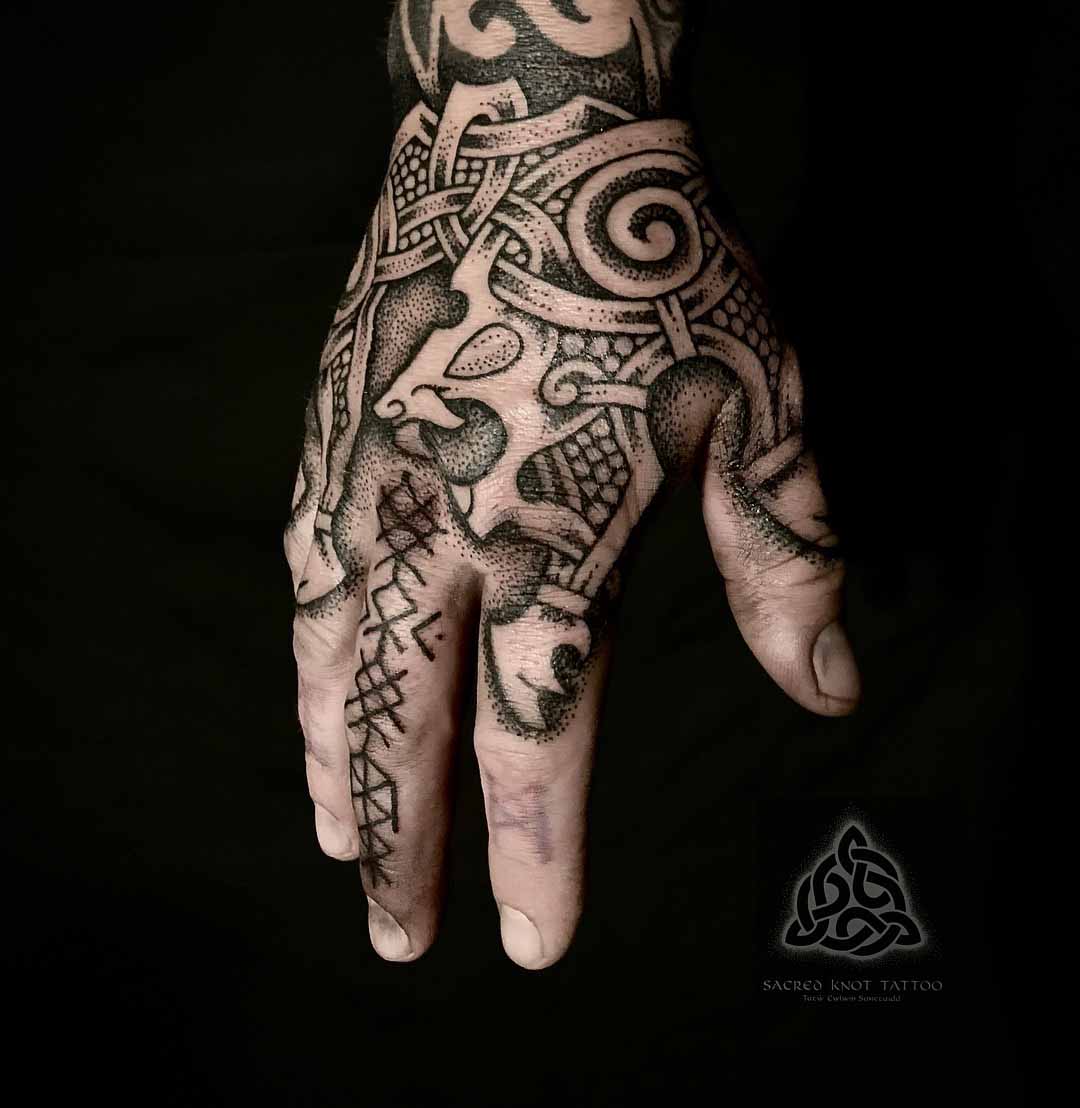 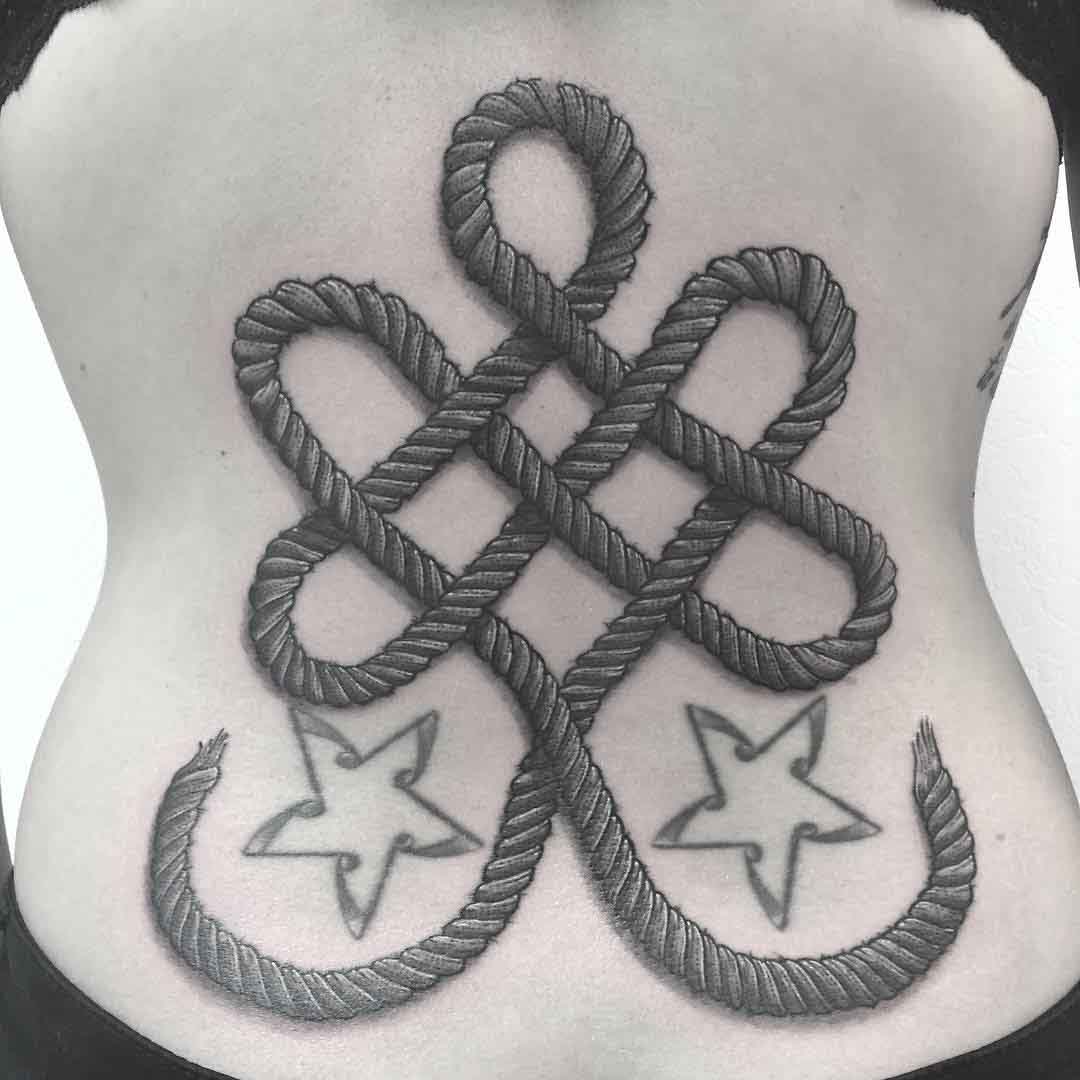 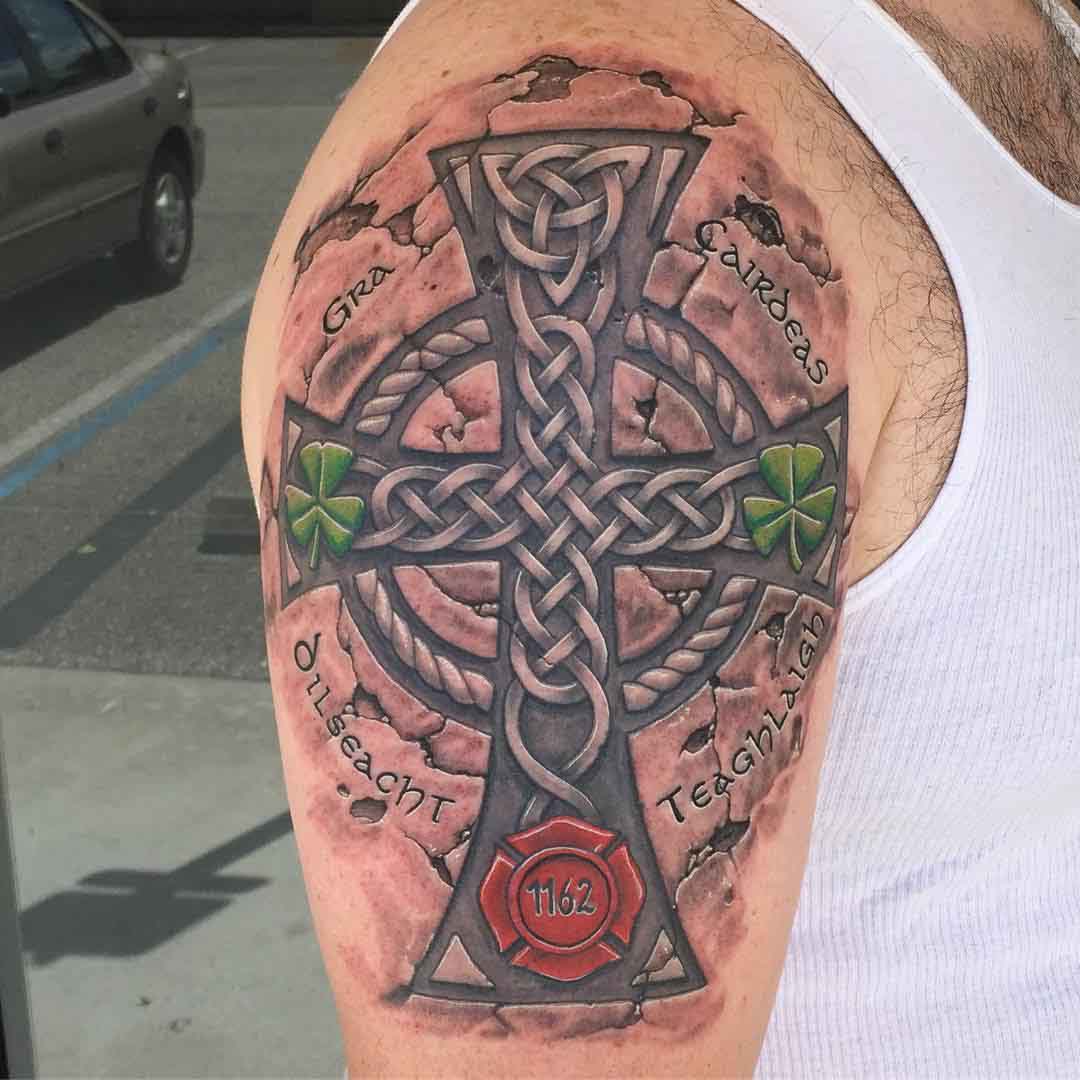 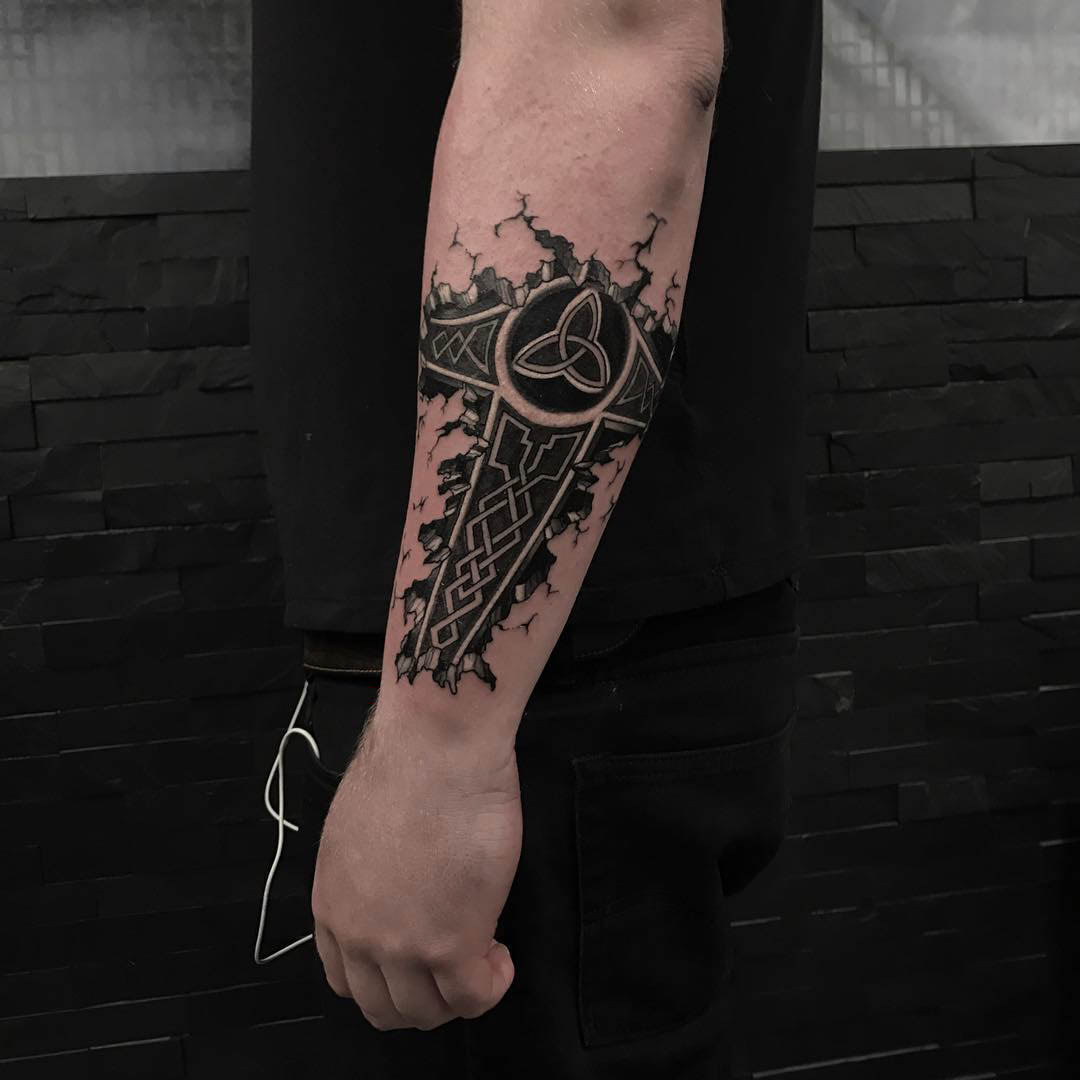 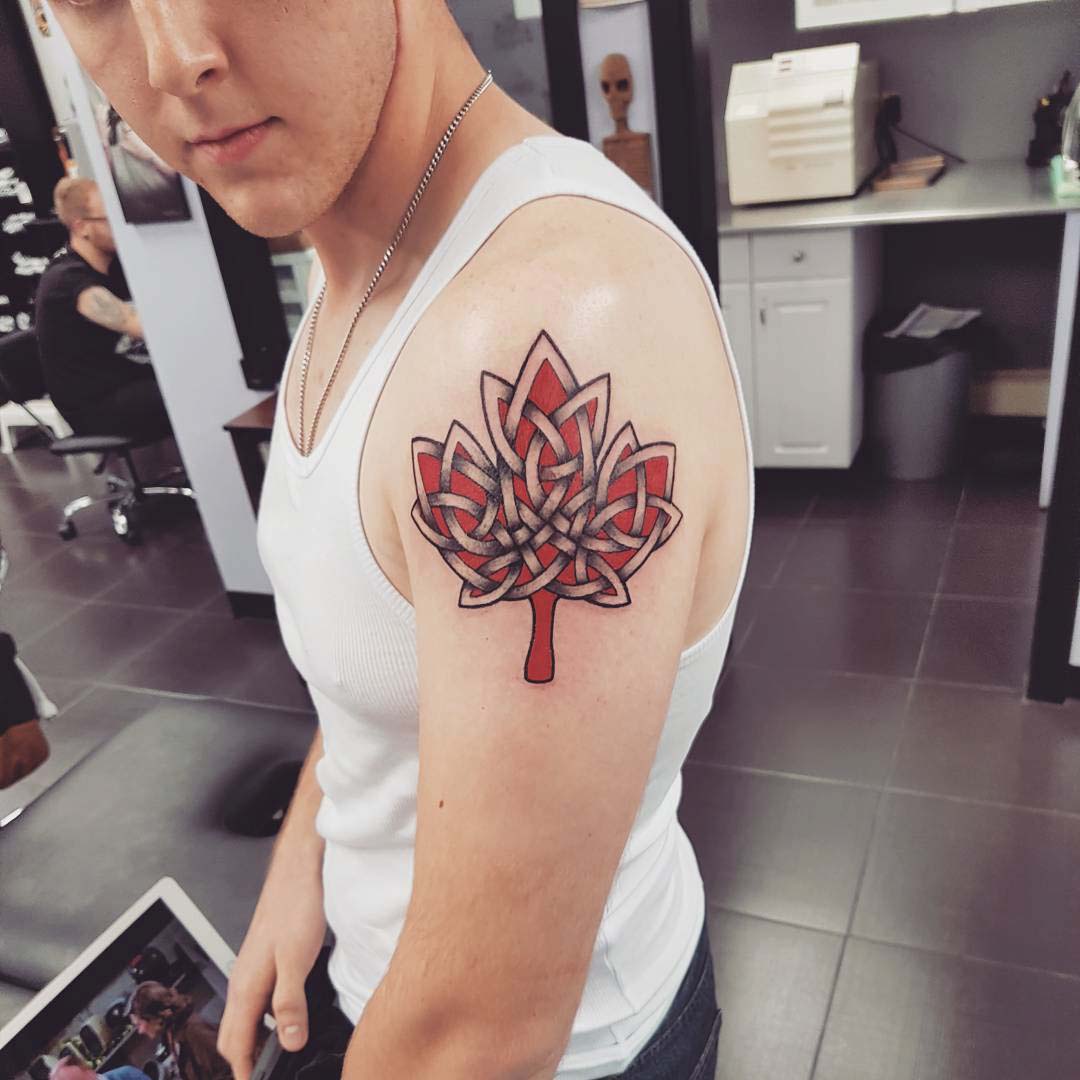 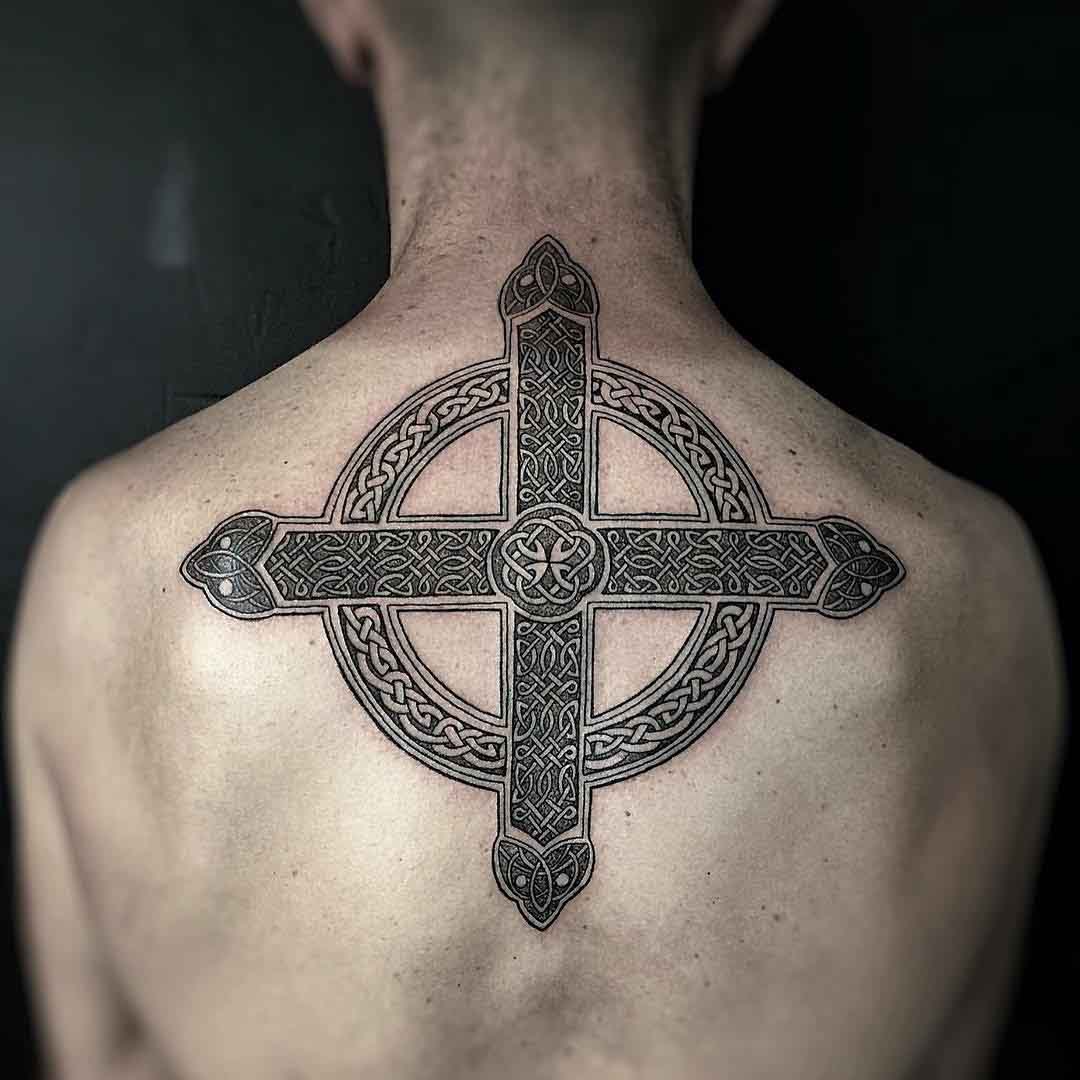 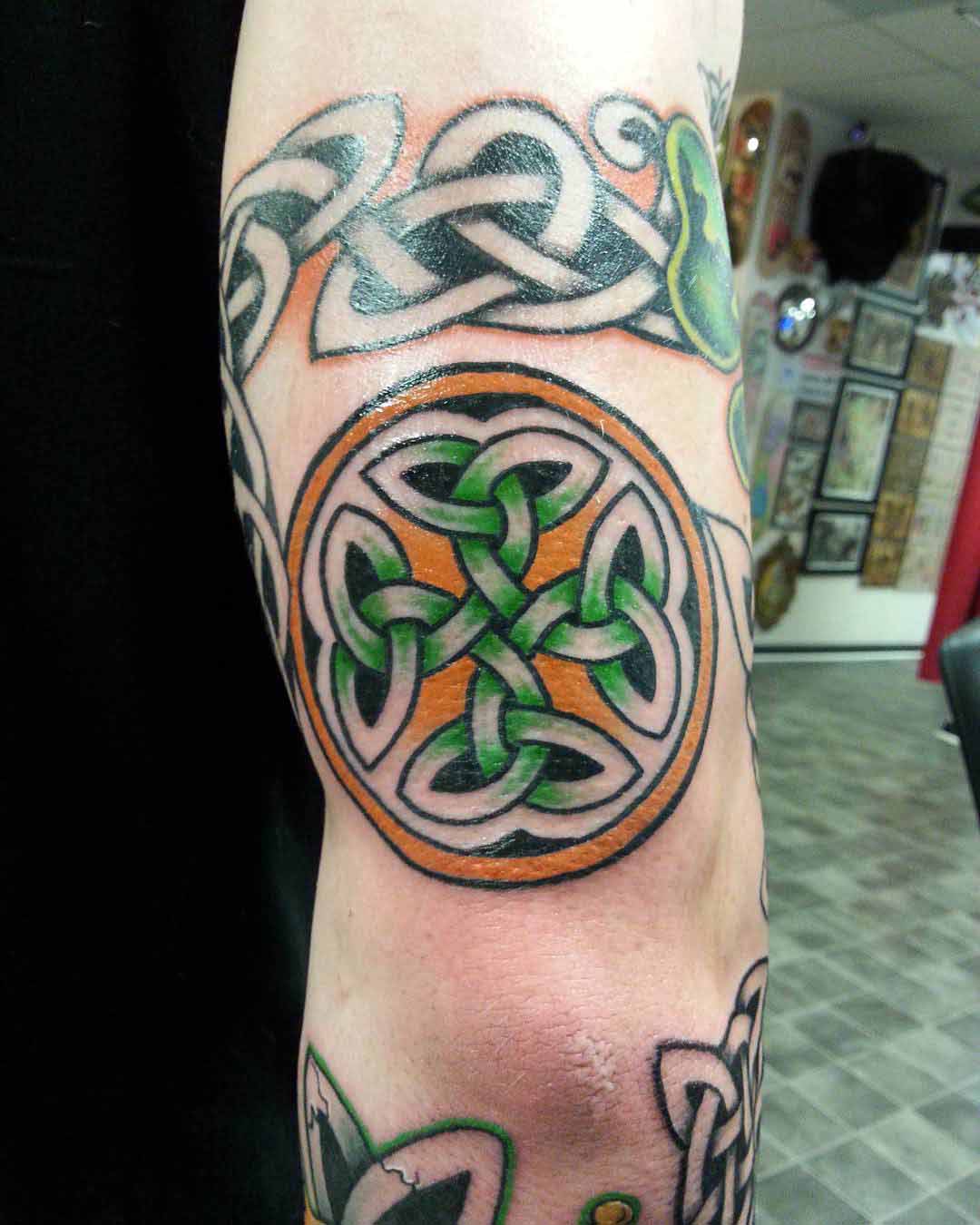 Carolingian Cross Tattoo on Back of Arm 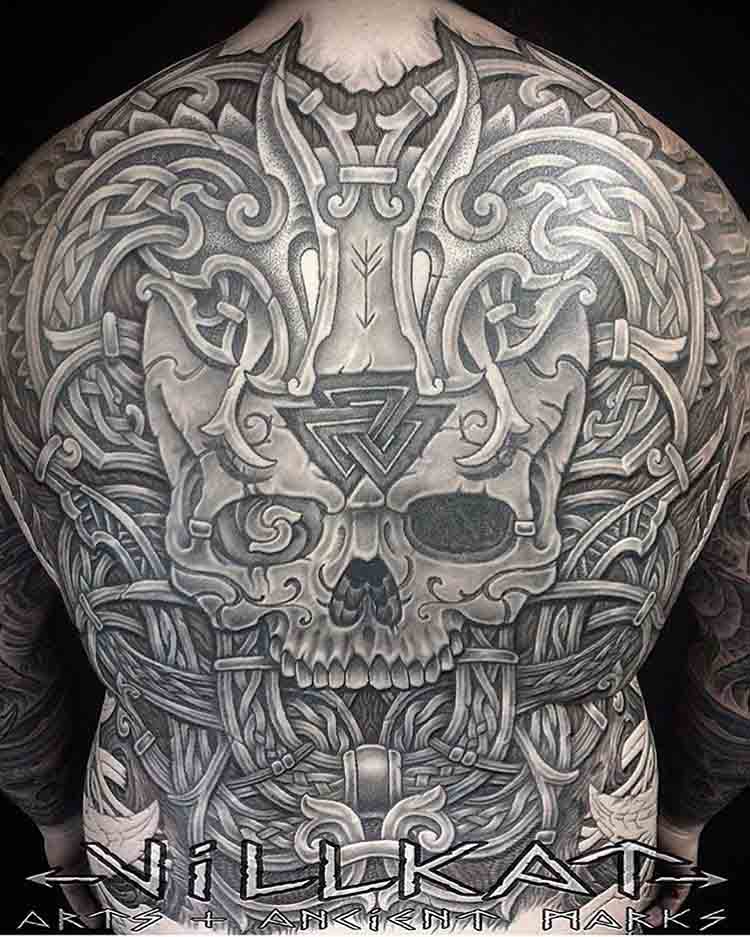 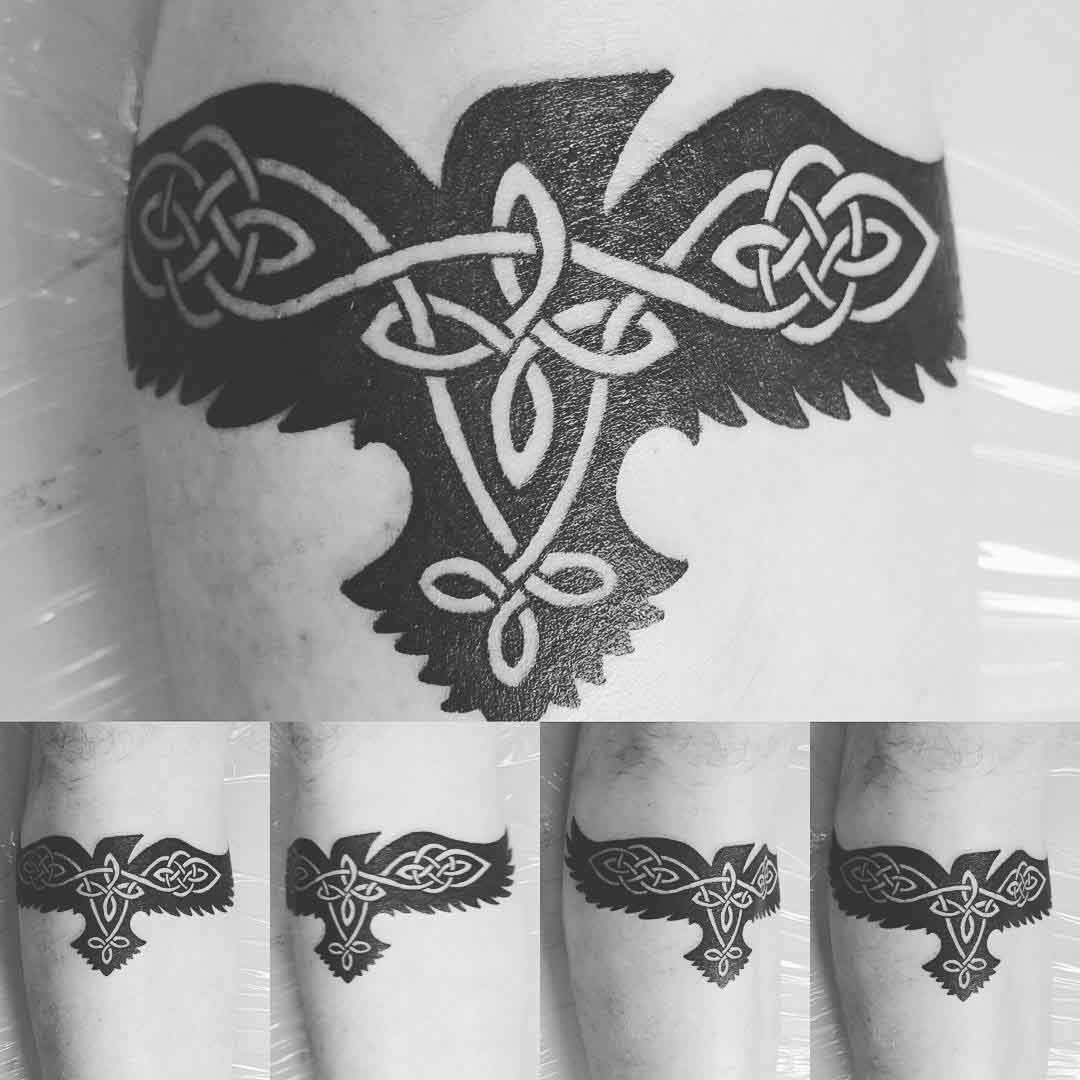 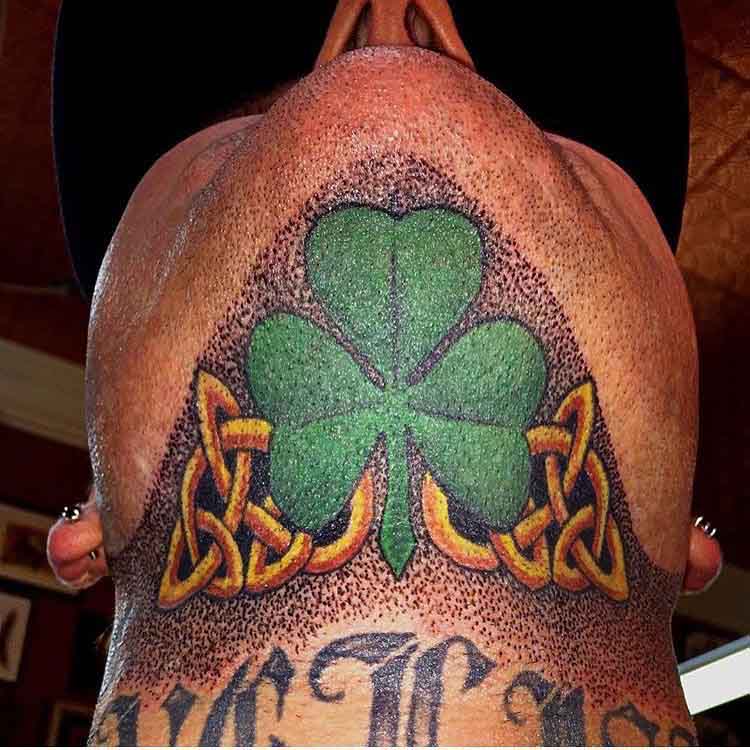 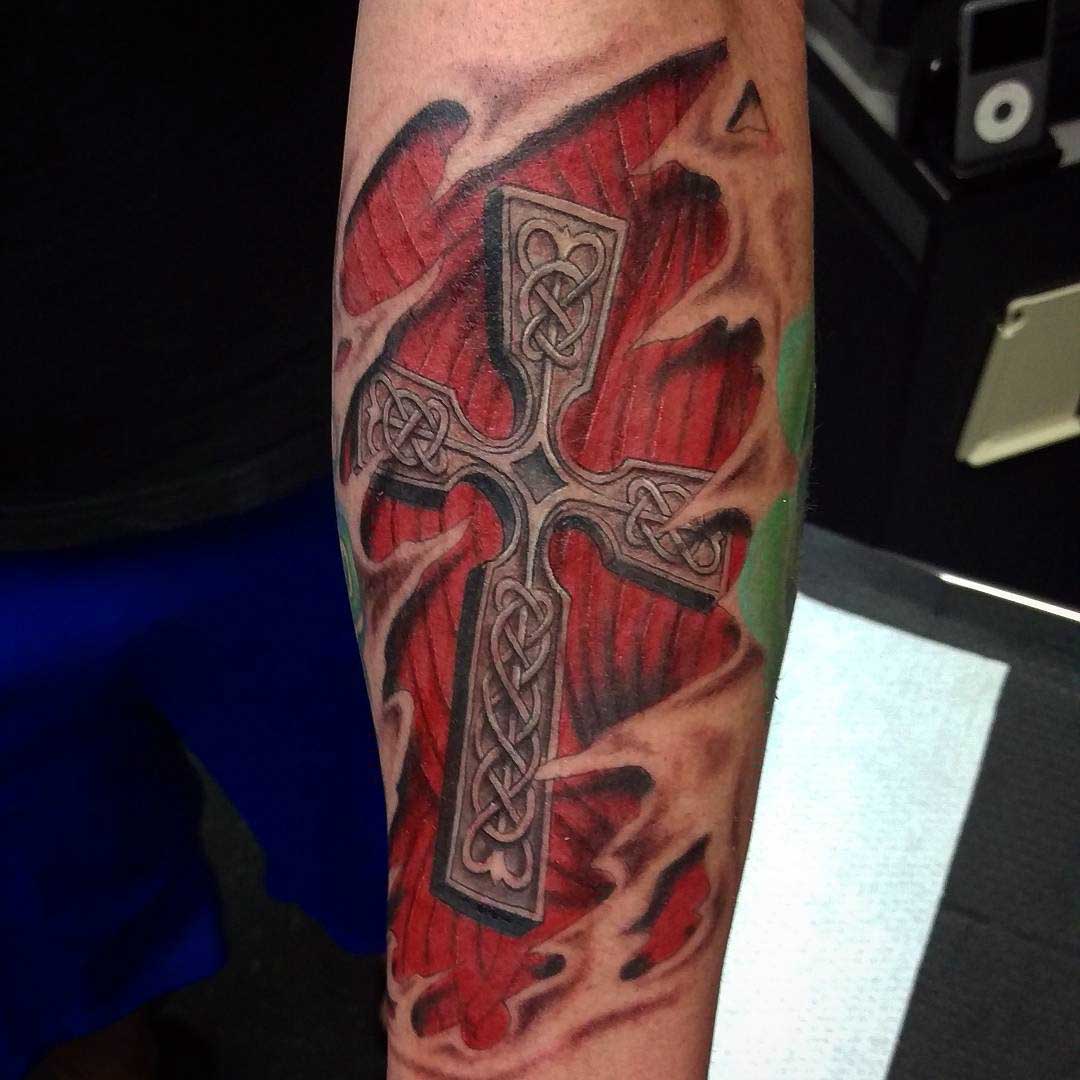 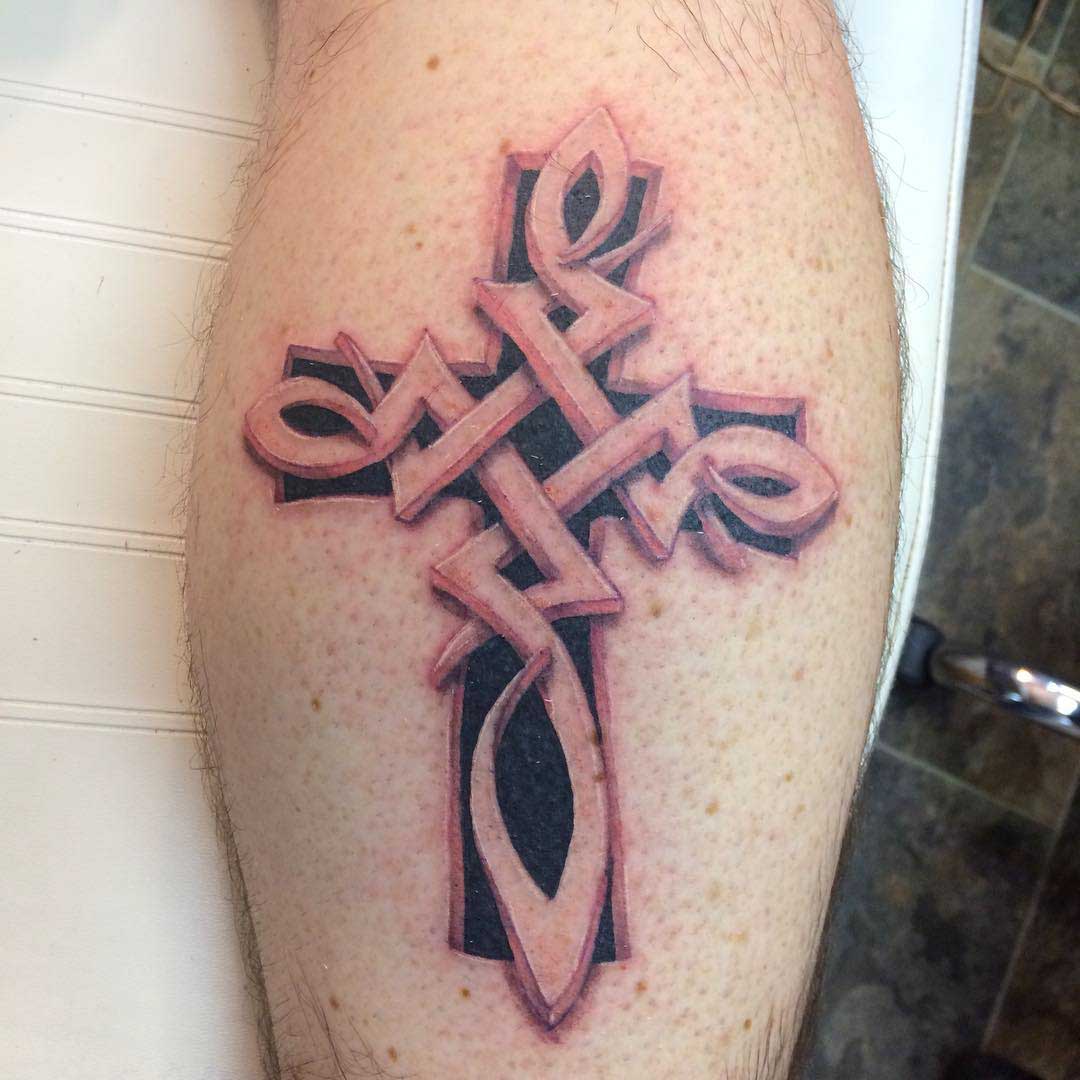 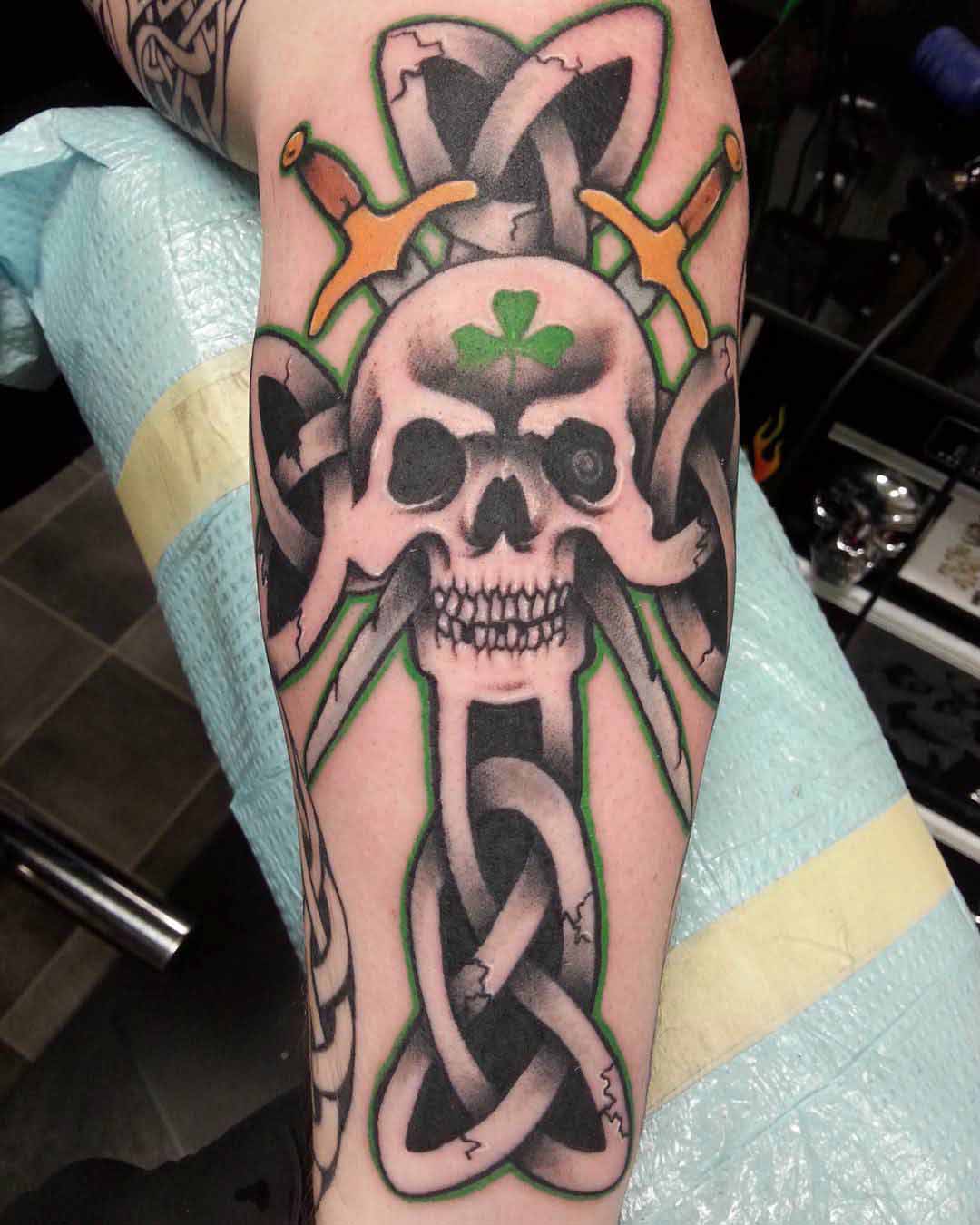 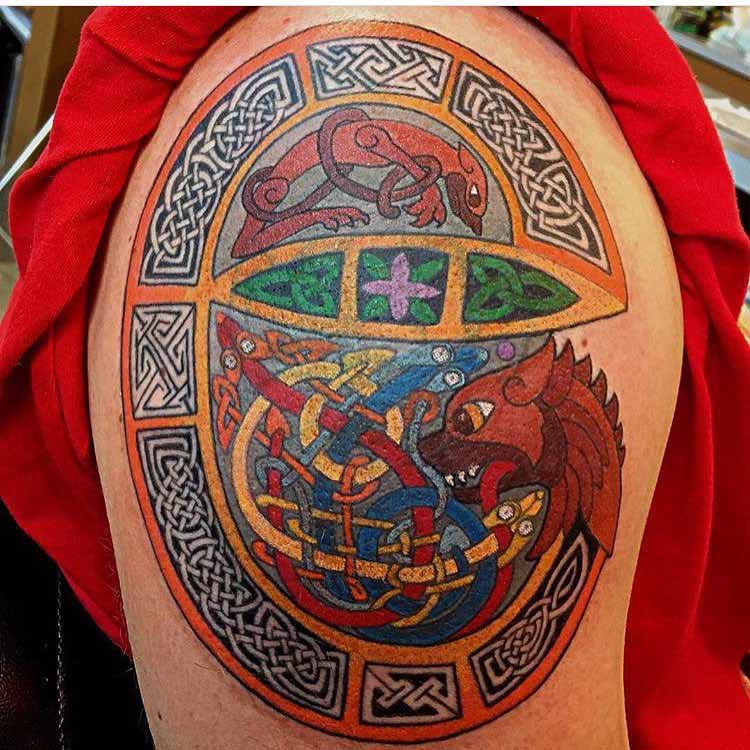 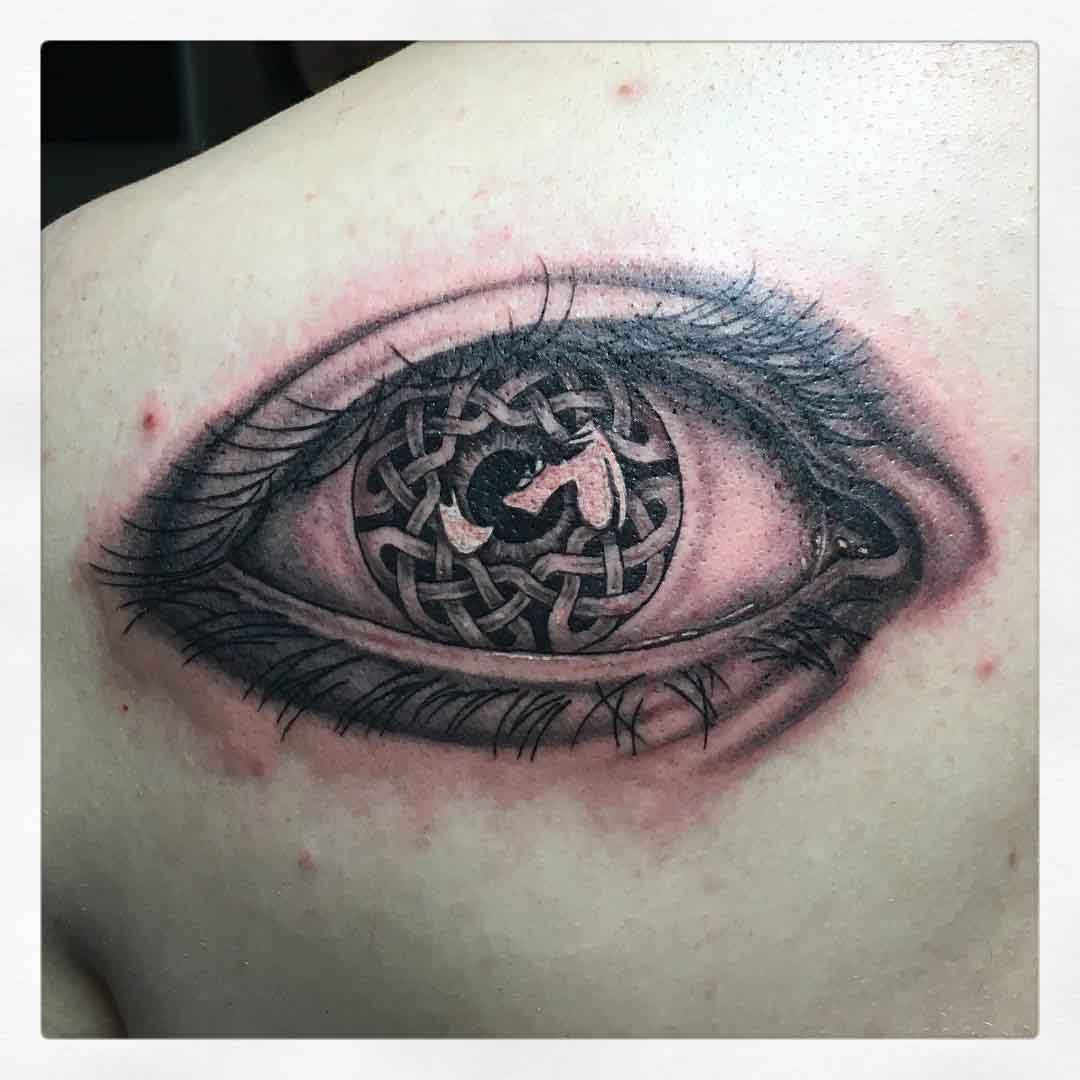 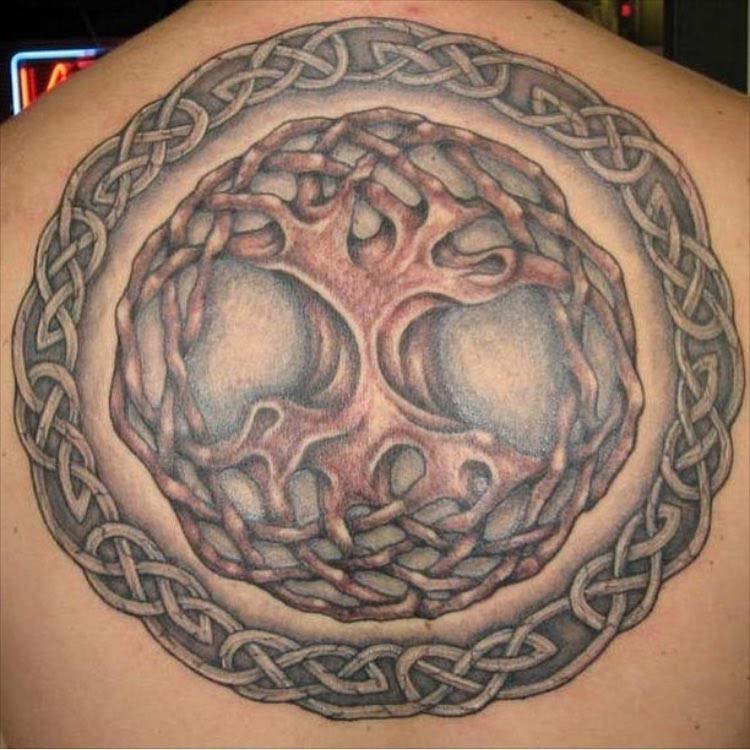 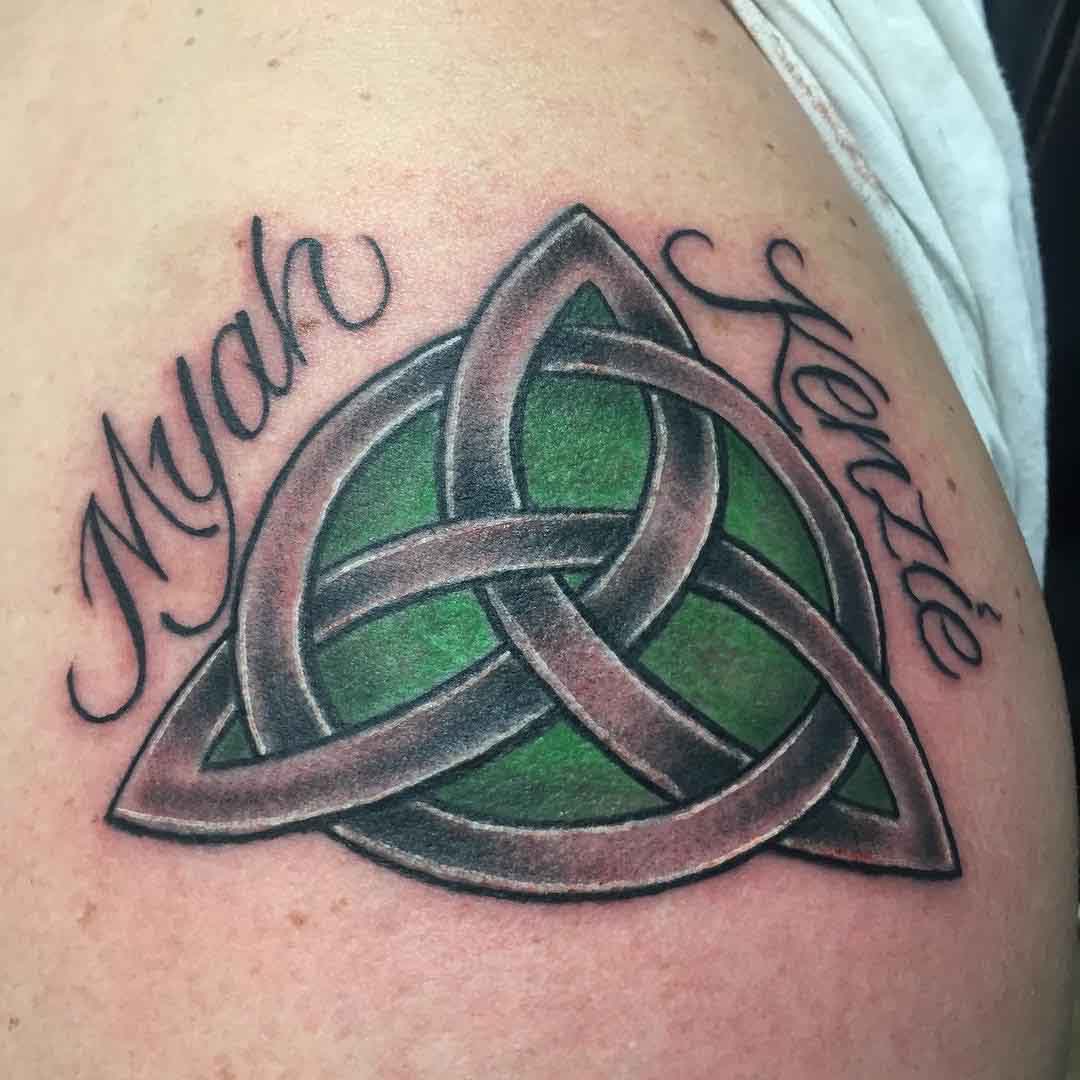