Space tattoo designs are getting more popular nowadays. Due to the technical development tattoo machines getting more sophisticated it gives tattoo artists possibilities to create magically beautiful colorful tattoo masterpieces similar to the pictures the Hubble telescope makes. The thing which is special to all space tattoo designs is that everything connected with it had always been covered with a shade of mystery and had always attracted people curious and creative.

Space tattoo is usually made for creative dreamers and for people of developed fantasy, however, it can be preferred by some realistically minded individuals. Since the ancient times, space had been the embodiment of the higher intellect, calmness, and order.

That is where the original general meaning of a space tattoos comes from. If talking more specifically, through all times the image of the Sun, for example, symbolized the light. Power, fertility, and youth. The drawing of this space object can be made in different styles. However, there is a cool peculiarity, the Sun tattoo is popular among man and the Moon and Earth – among women.

There are other space objects used as tattoo designs found on human bodies. Constellations and stars, in general, are symbols of strength. And the drawing of star specifically can bring luck and success, health and longevity. But you shouldn’t forget that stars on whist can also mean the homosexual orientation. Besides, all constellations have their own meanings.

Space tattoos stand for the mystical wisdom of the Universe, that’s why people making up the decision of making such tattoo are aware and can even feel their unbreakable connection with Cosmos.
In the gallery of the space tattoos, we have a lot of different designs created lately. There are planets, galaxies, comets, meteors, nebulas, solar systems and other space objects and other stuff connected with endless space. 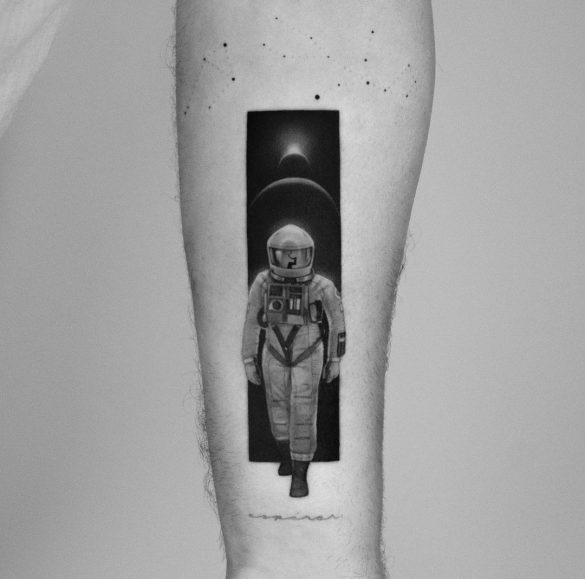 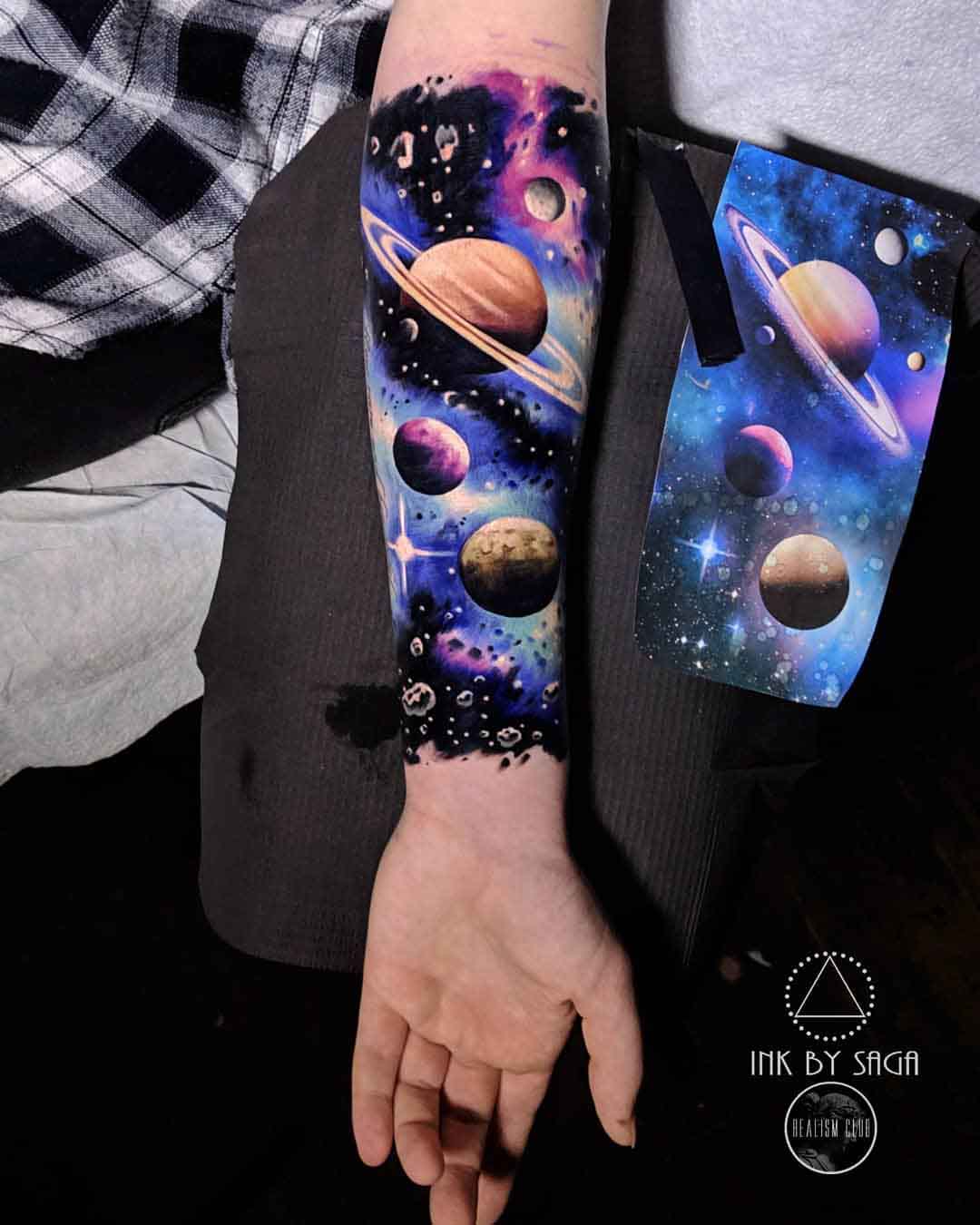 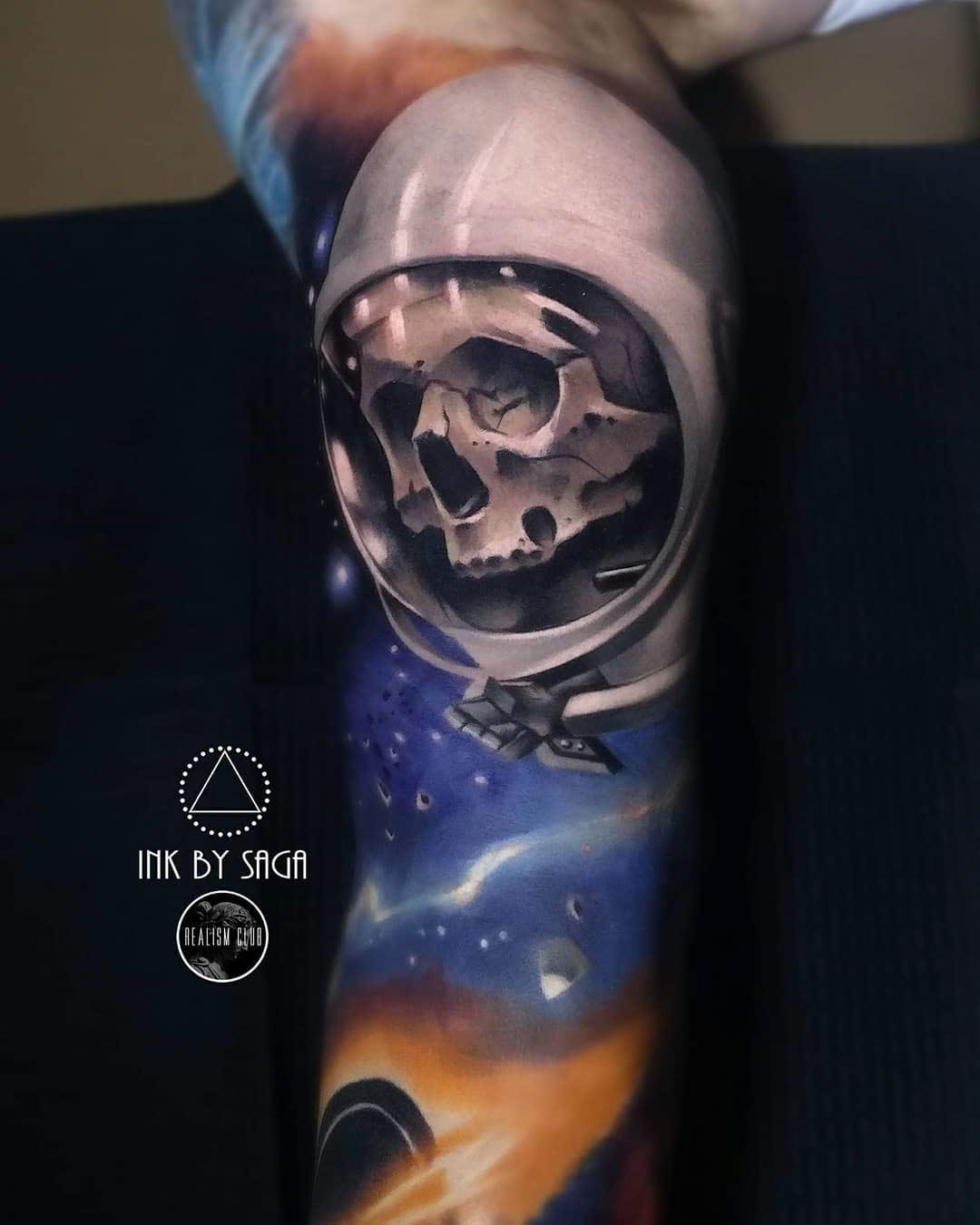 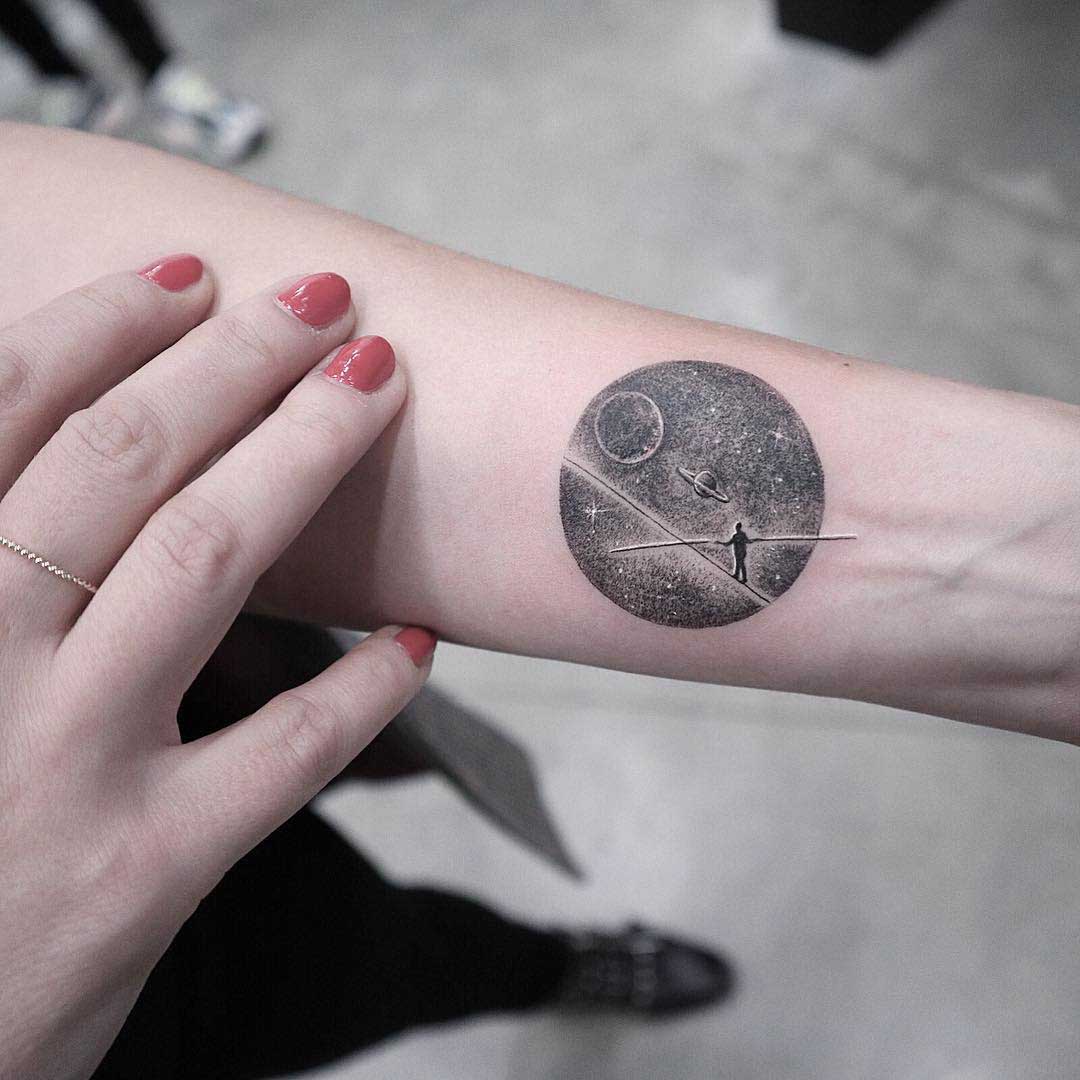 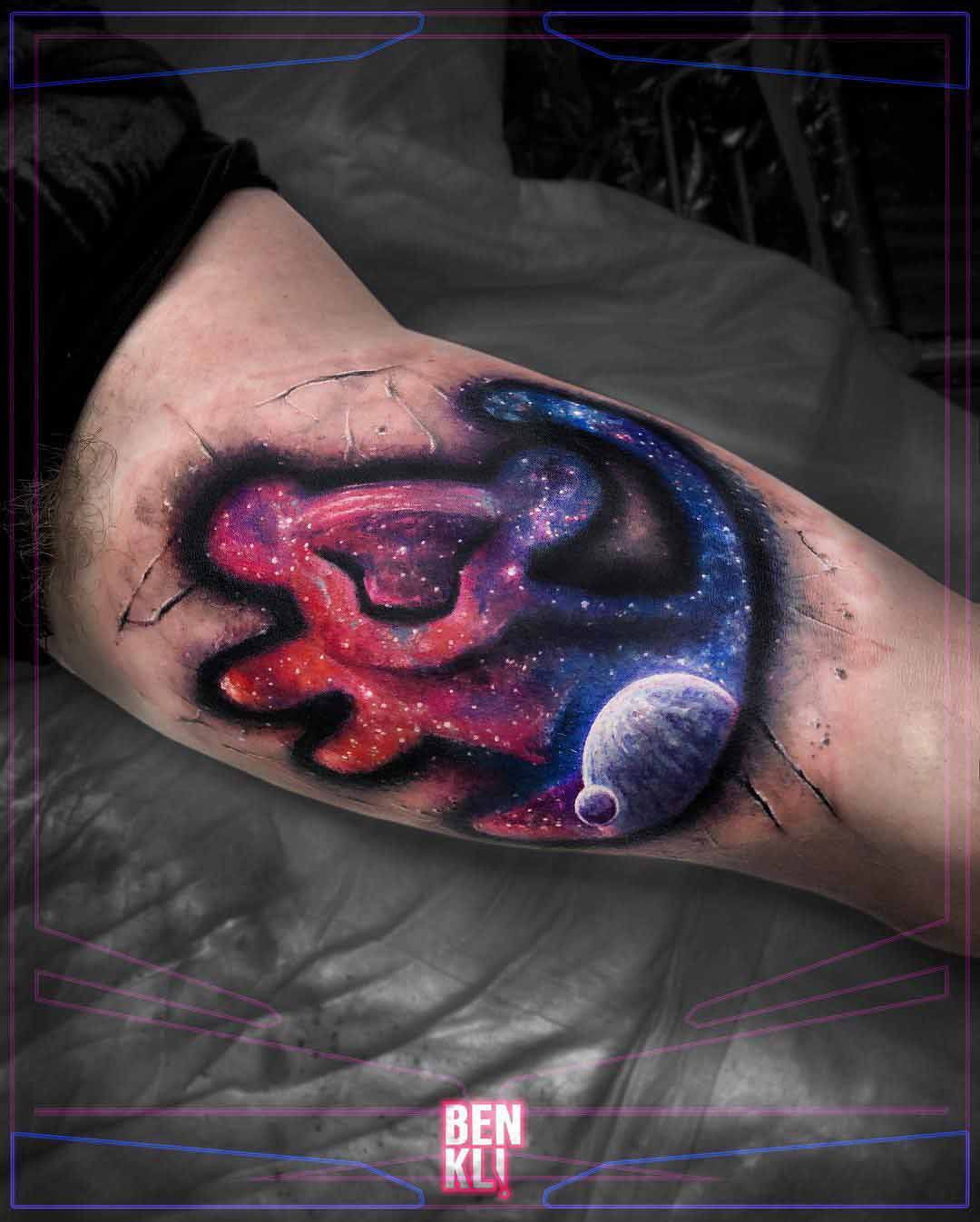 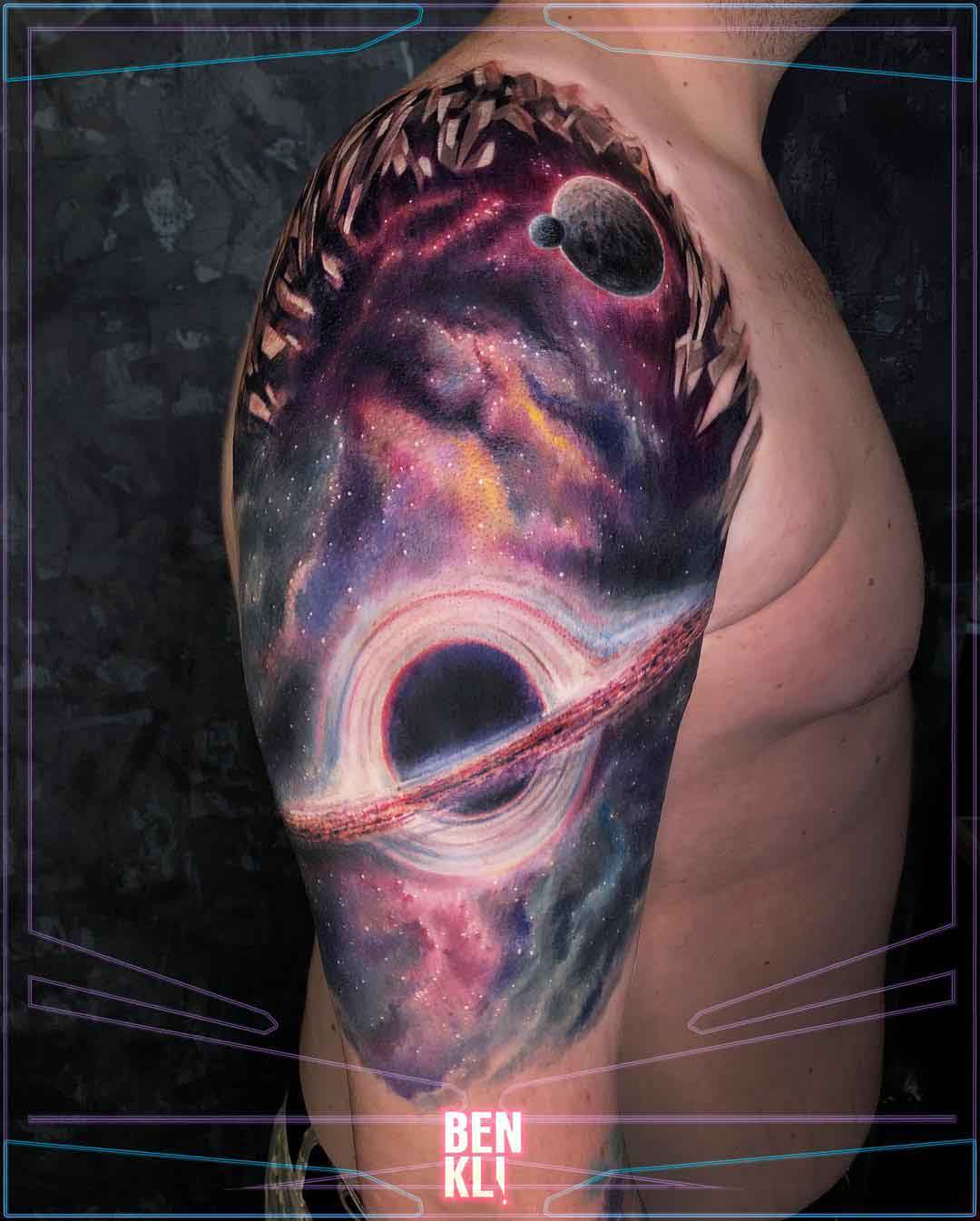 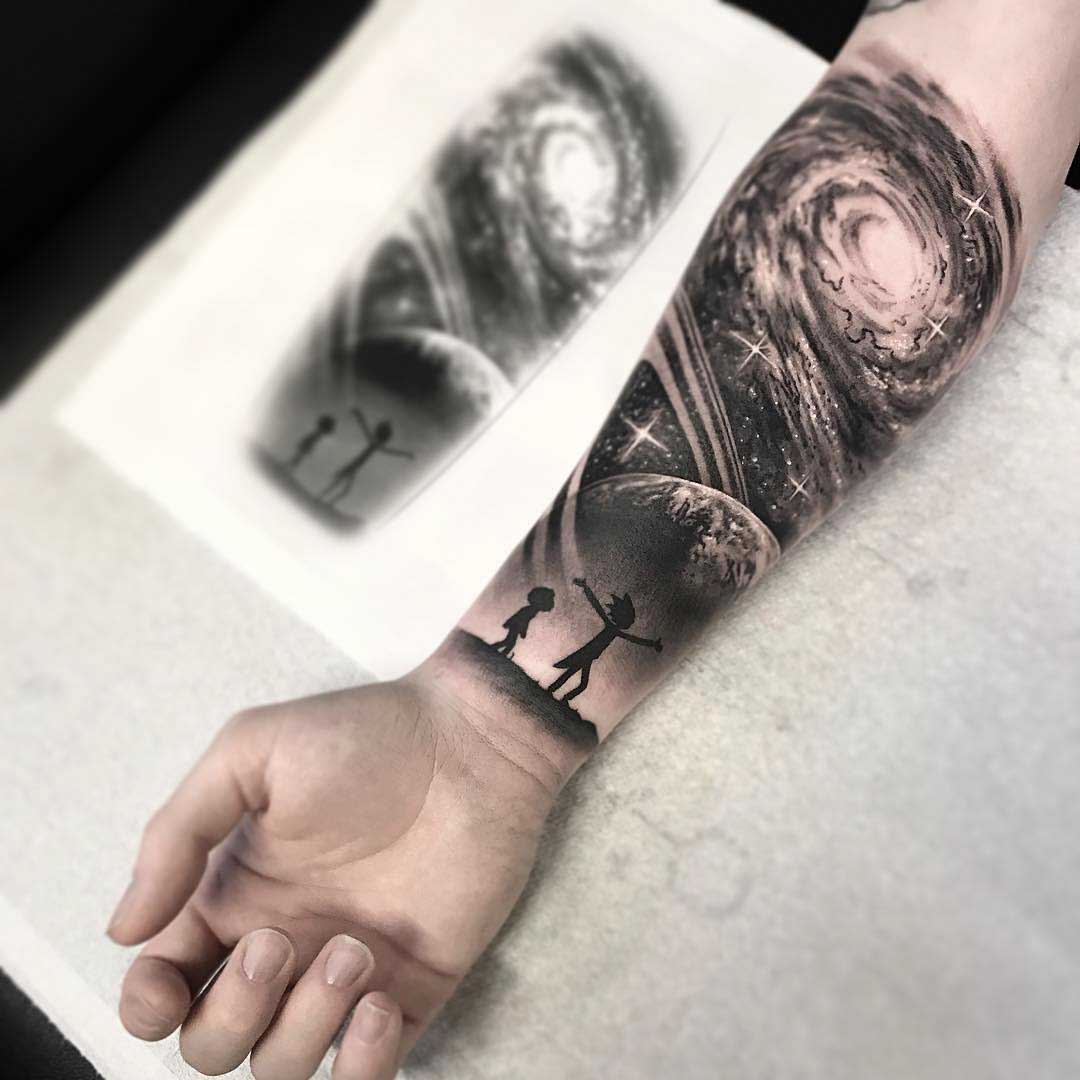 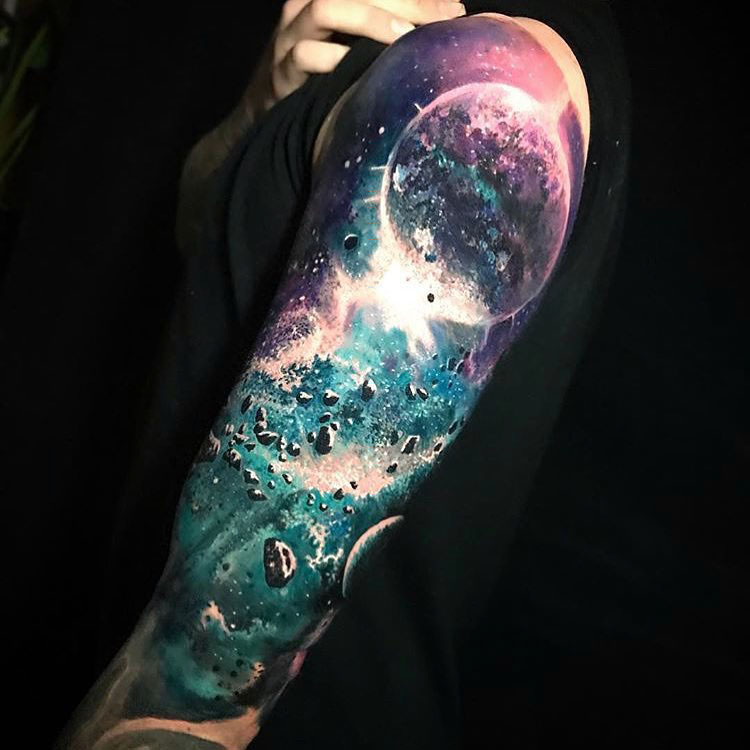 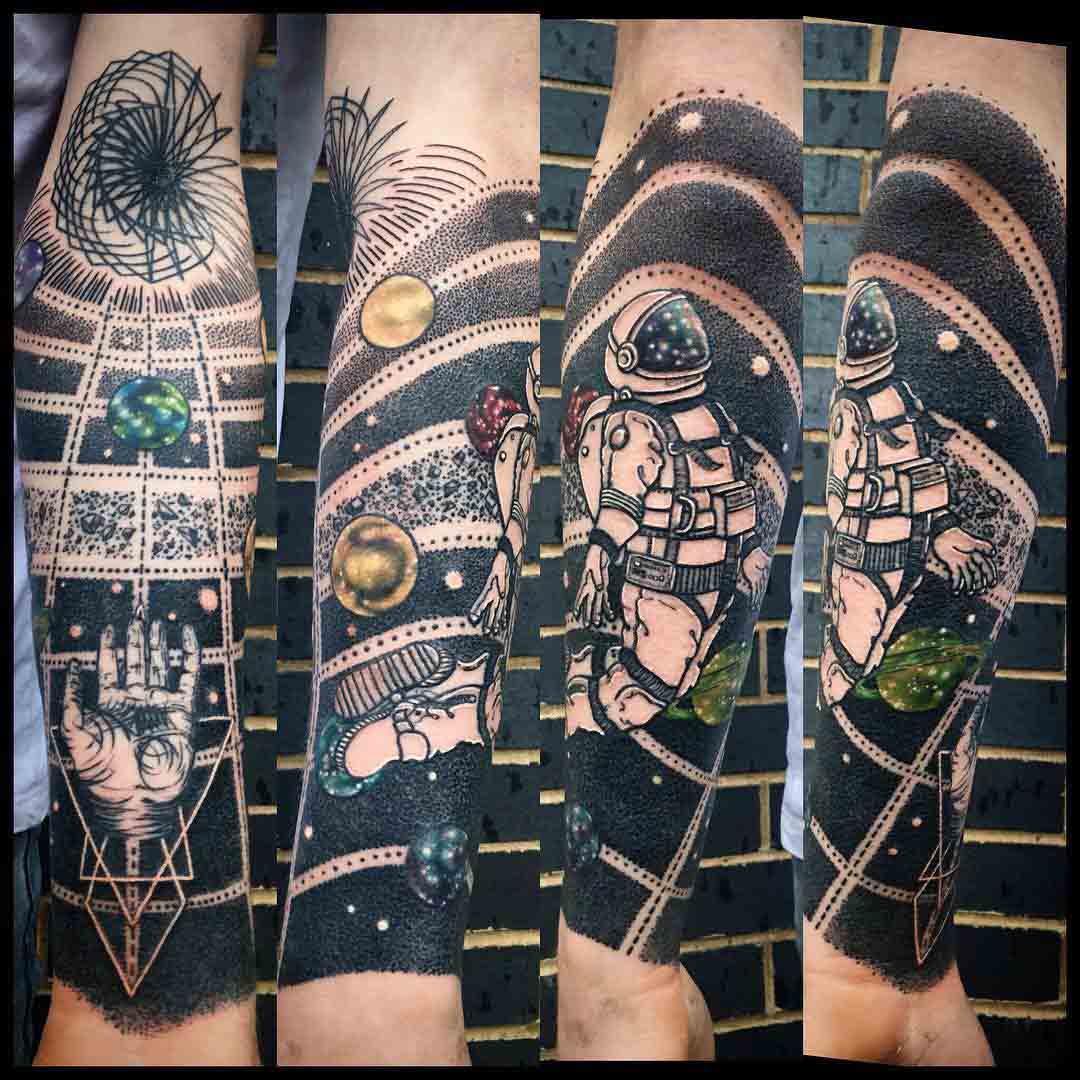 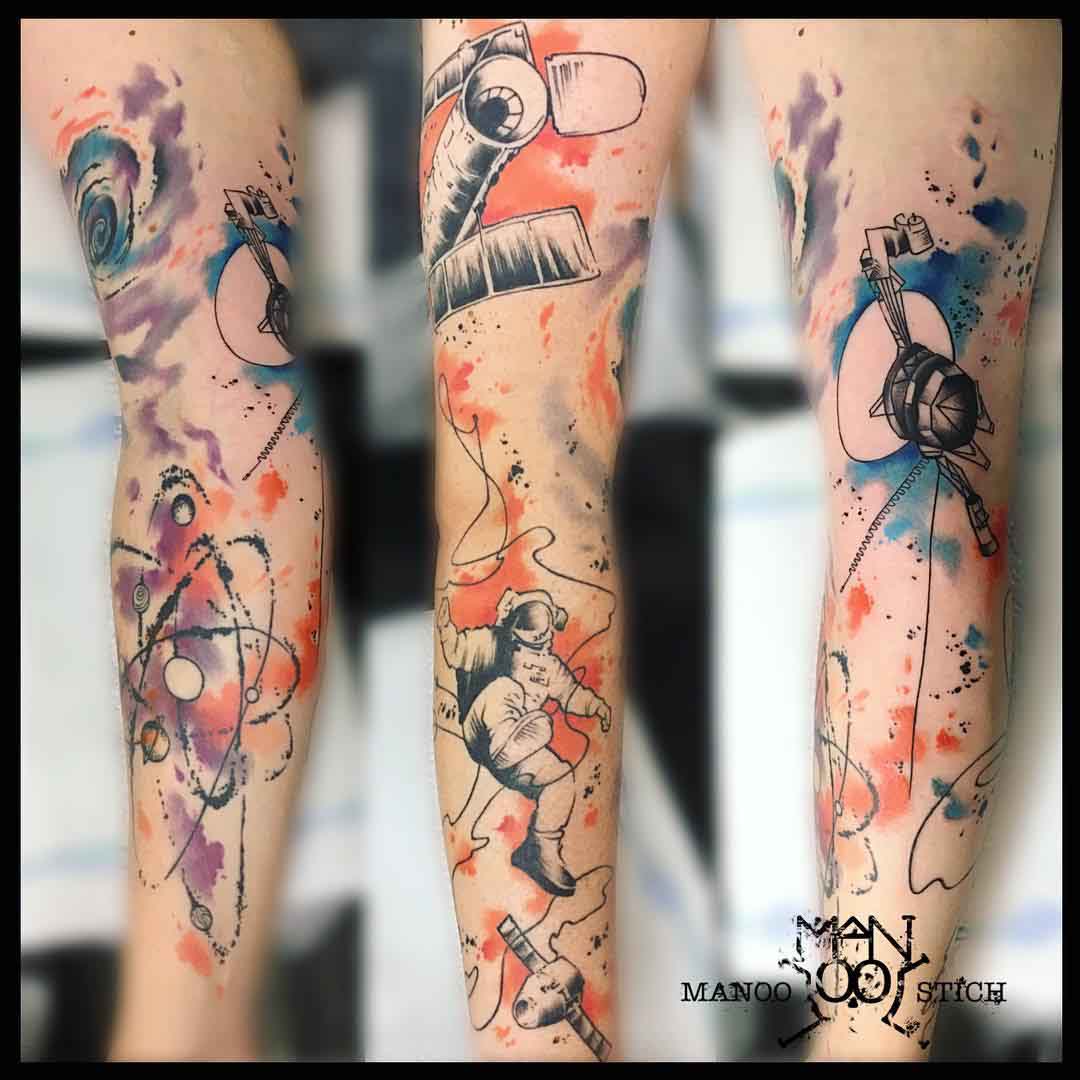 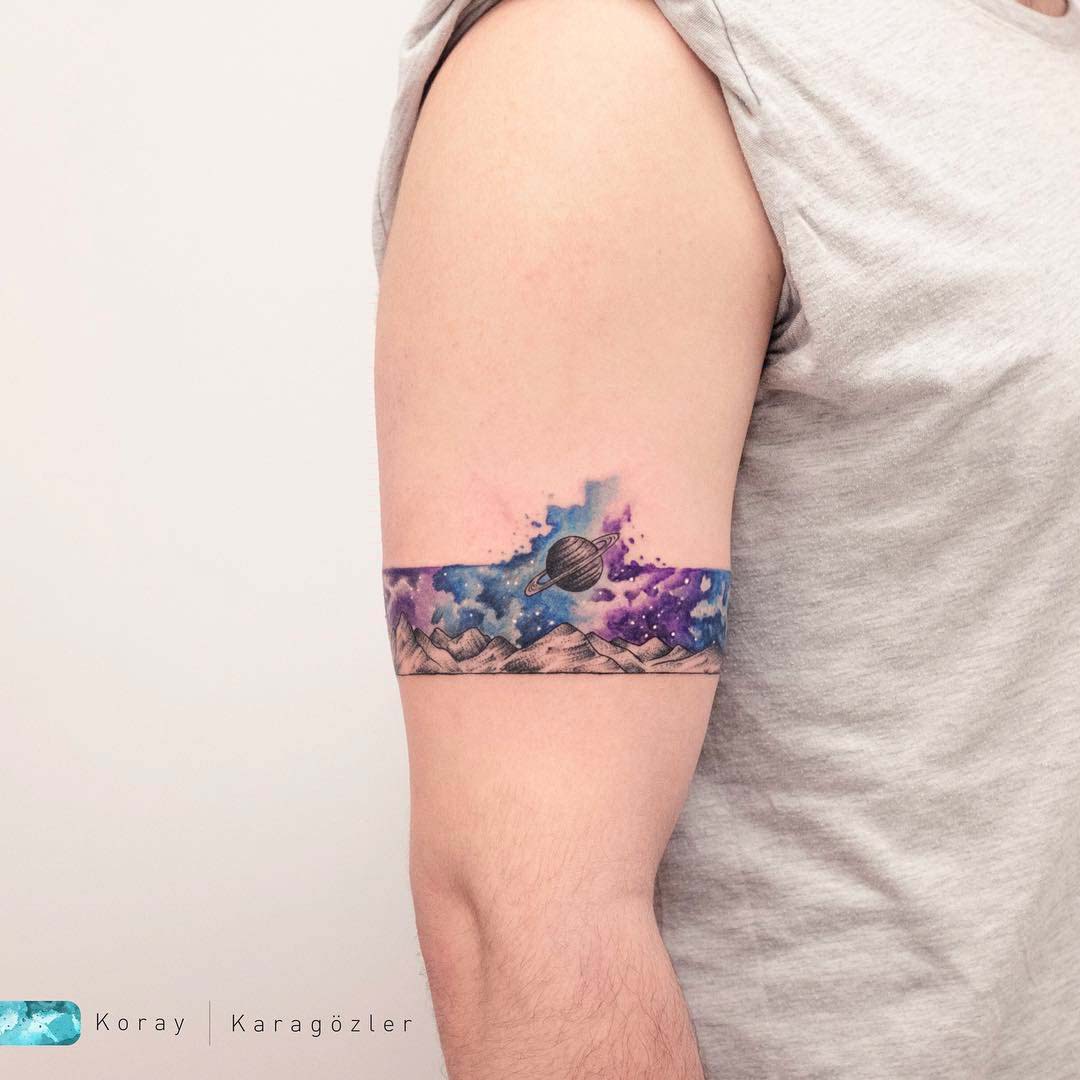 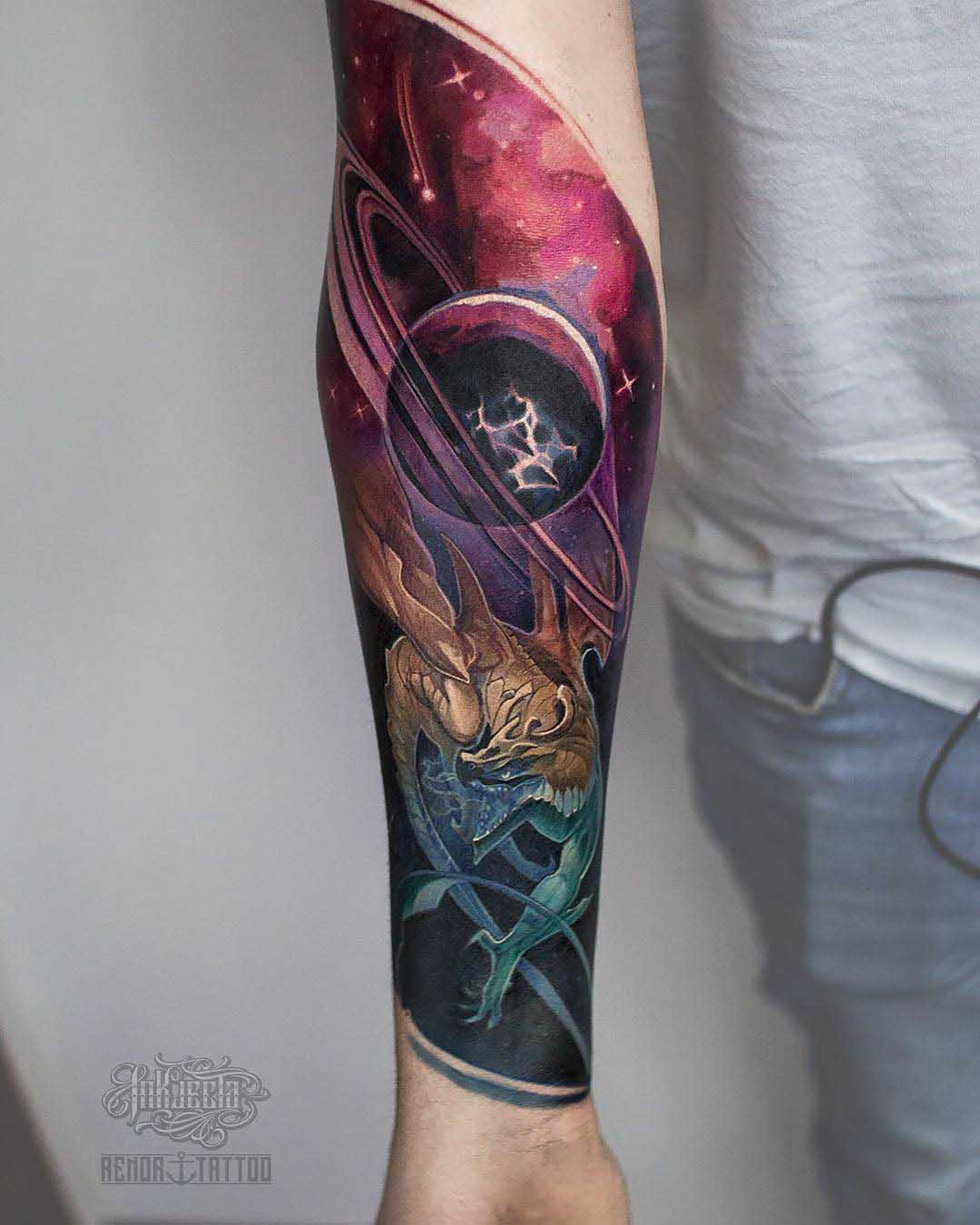 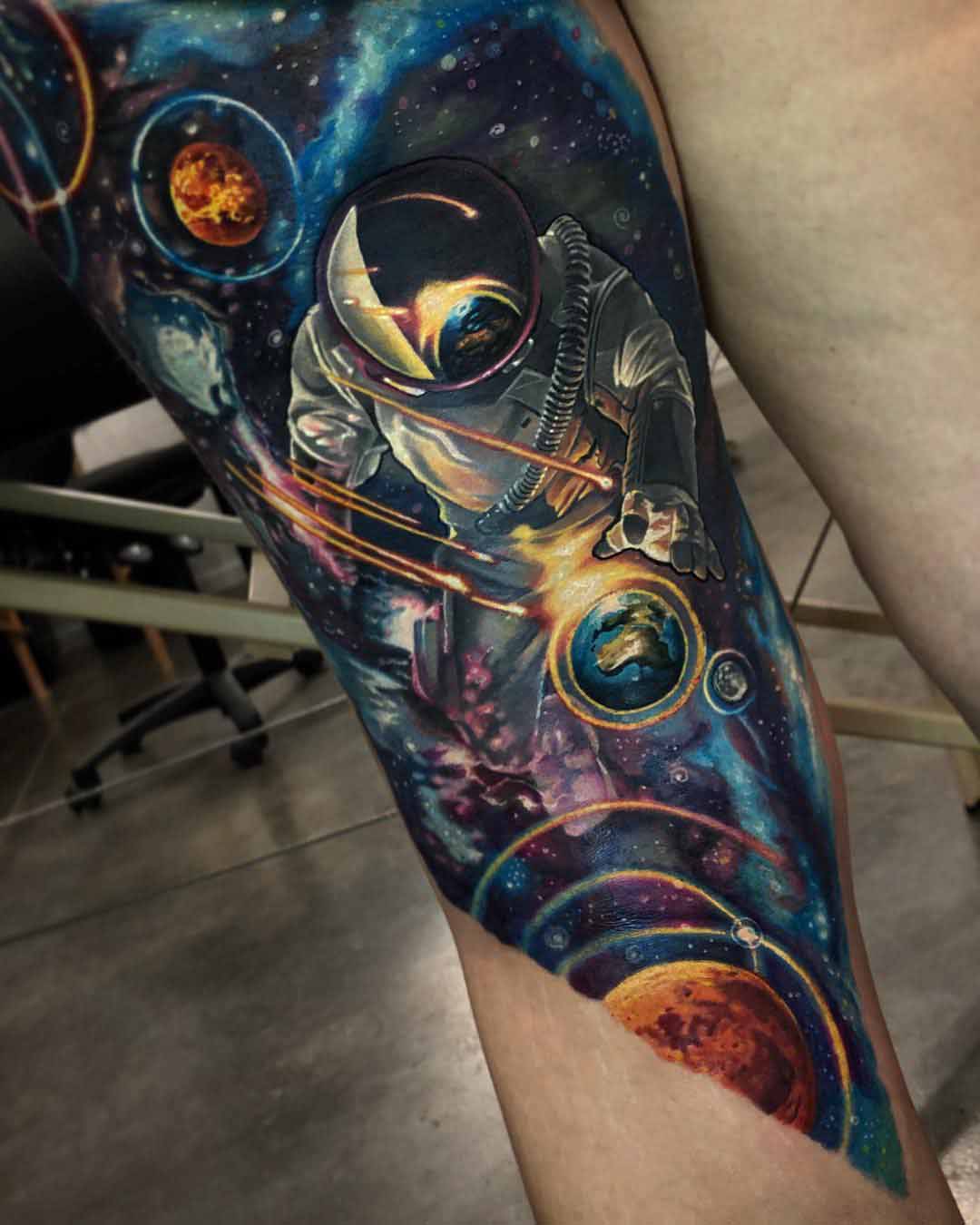 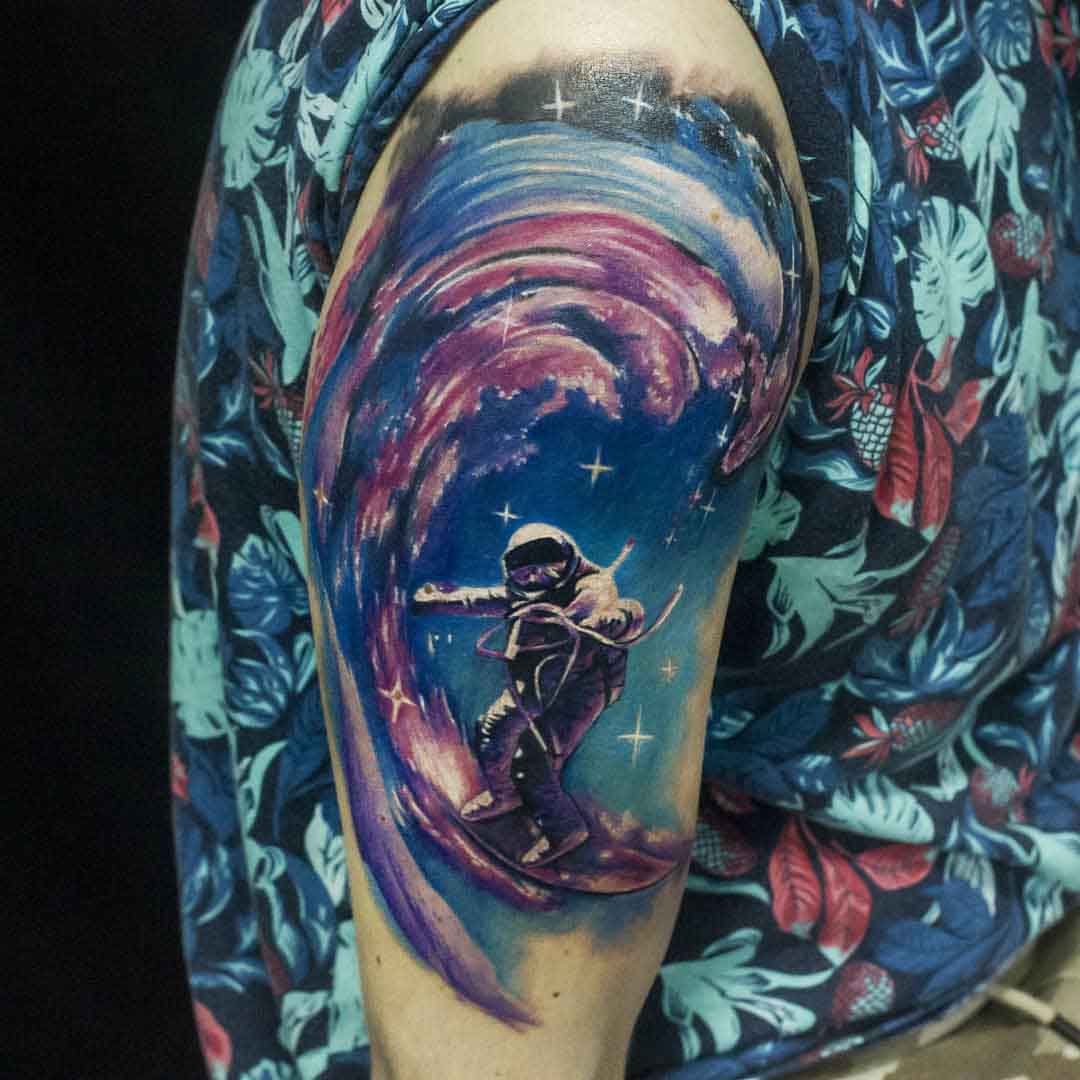