The culture of the Ancient Egypt exposed it’s whole beauty and richness couple of centuries ago made a great influence on the art and gave birth to the Egyptian tattoo genre. And it is not a big surprise that there is a whole separate branch of the art dedicated to this particular culture, there is even a special science called Egyptology meant to study it. There are so many artifacts and so many translatable hieroglyphs on the walls of temples ruins left by the civilization which is believed to exist thousands of years ago.

However, one of the main reasons why this culture draws so much interest of the world society are all the mysteries it hides. Even with a usage of modern technologies and super-powerful computers super-smart guys are equipped with it seems impossible to unravel the mystery of gigantic pyramids and a lot of other unexplainable drawings and historical facts.

The mystery which Ancient Egypt is covered with is one of the main reasons for picking the Egyptian tattoo. Usage of some hieroglyph or, for example, their Gods emblems, like the Eye of Ra, as a tattoo idea is basically aimed to underline the mystery of the person’s nature.

By the way, Gods! The Pantheon is enormously rich and interesting. Legends and myths are remarkable and describe the relationships between the members of the pantheon in details. Some of the Egyptian Gods are terrifying, some – are supportive and kind. But again, there is a theory that these was not Gods but some extraterrestrial aliens with some miraculous technologies, machinery, and knowledge which gave it all to people of that land, and this exchange ended up with all those monumental constructions.

There are a lot of them, but commonly only the most popular ones like Ra, Anubis or Bastet are found in the form of the tattoo.
By the way, Bastet, the goddess of warfare and later of the Moon, was depicted as the woman with a head of a cat. This brings us to the animals ancient Egyptians used to worship to. The commonly known are cats – sacred animals as an honor to the Goddess Bastet and another sacred living being used to be a scarab beetle. That’s why their tattoos are also often found.

The other Egypt themed tattoo category is connected with the ruling monarchy. Images of pharaohs and their regalia in neo-traditional style or combined with skulls are cool, but there is one queen , whose name is more known than other male rulers, her name was Nefertiti. She is said to be unbelievably beautiful and any man who spent a night with her was beheaded the very next morning. So, the Egyptian tattoo with an image of Queen Nefertiti is all about beauty and its deadly power.
As the culture of Ancient Egypt is rich, the long can be the story about it. So, you better check out all the pictures and share them with others. Or maybe some of the designs would become ideas for your own tattoos. 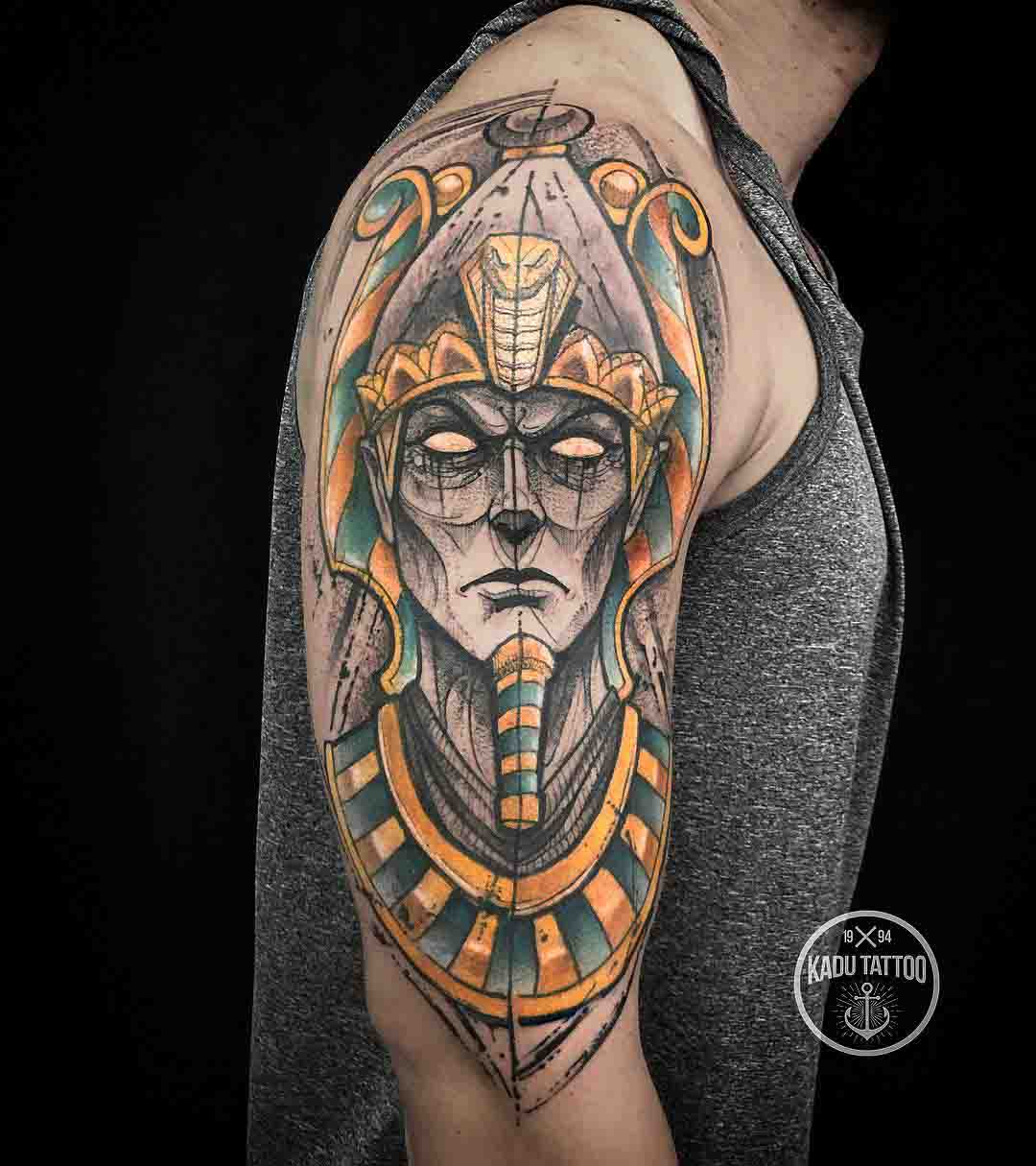 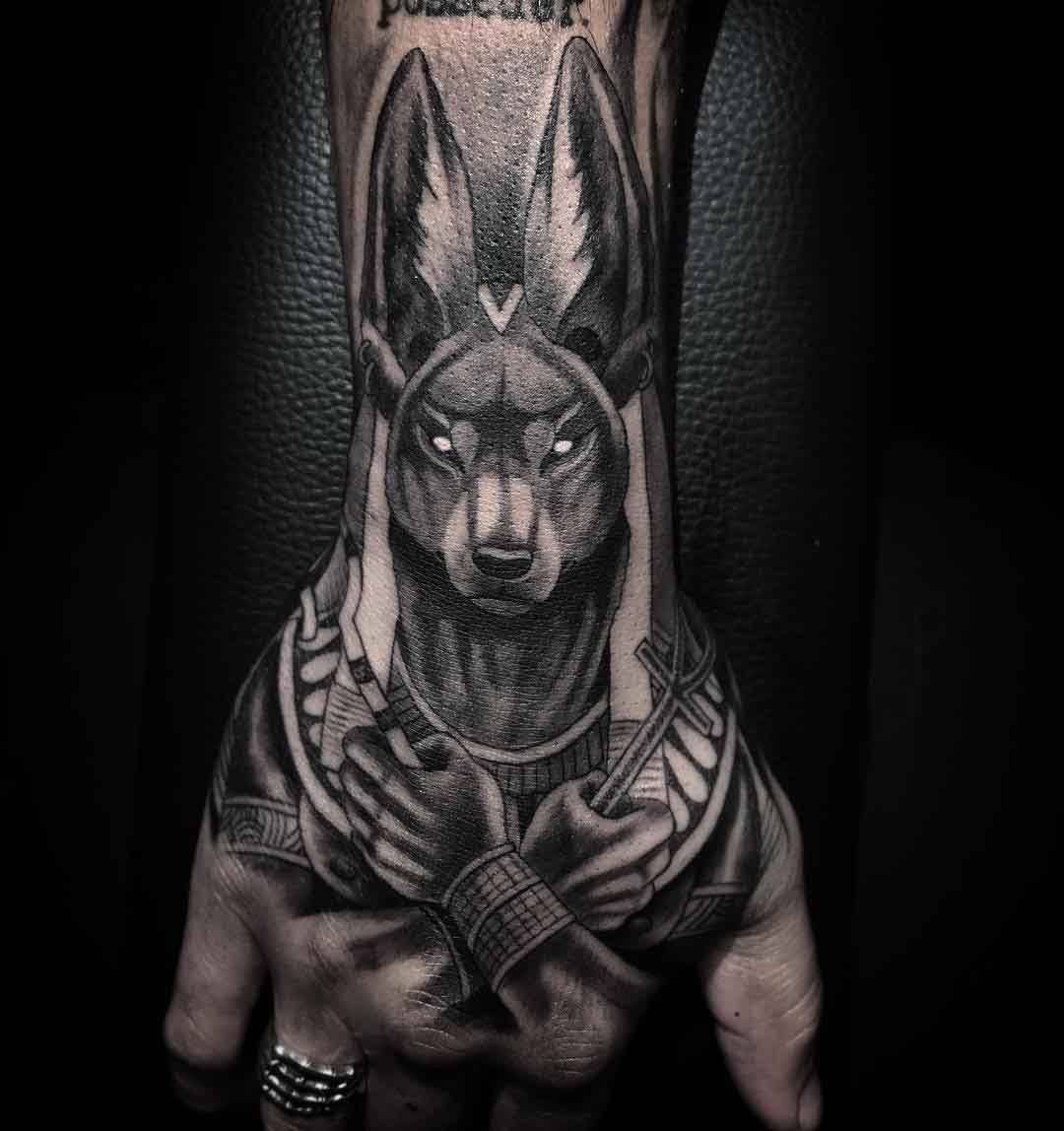 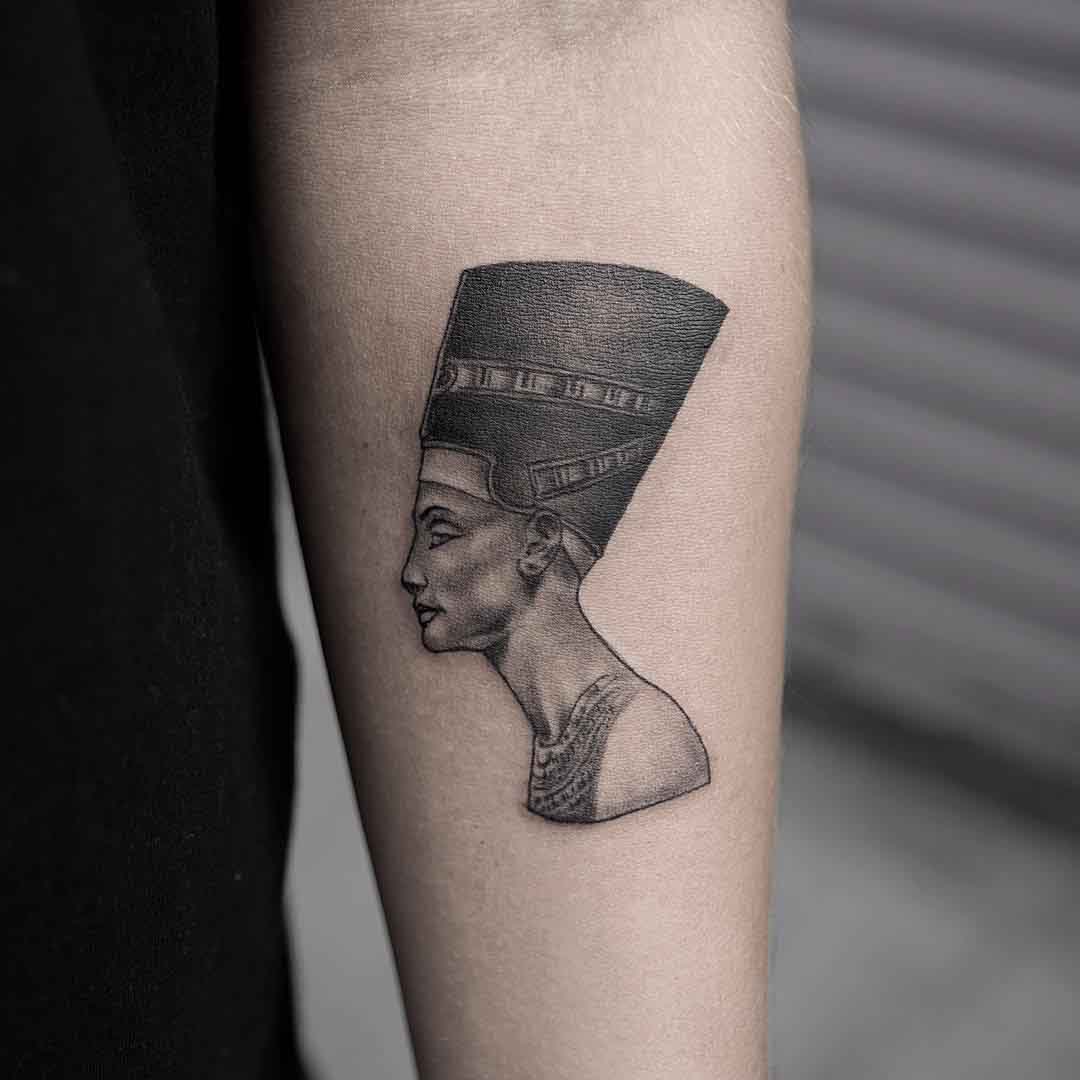 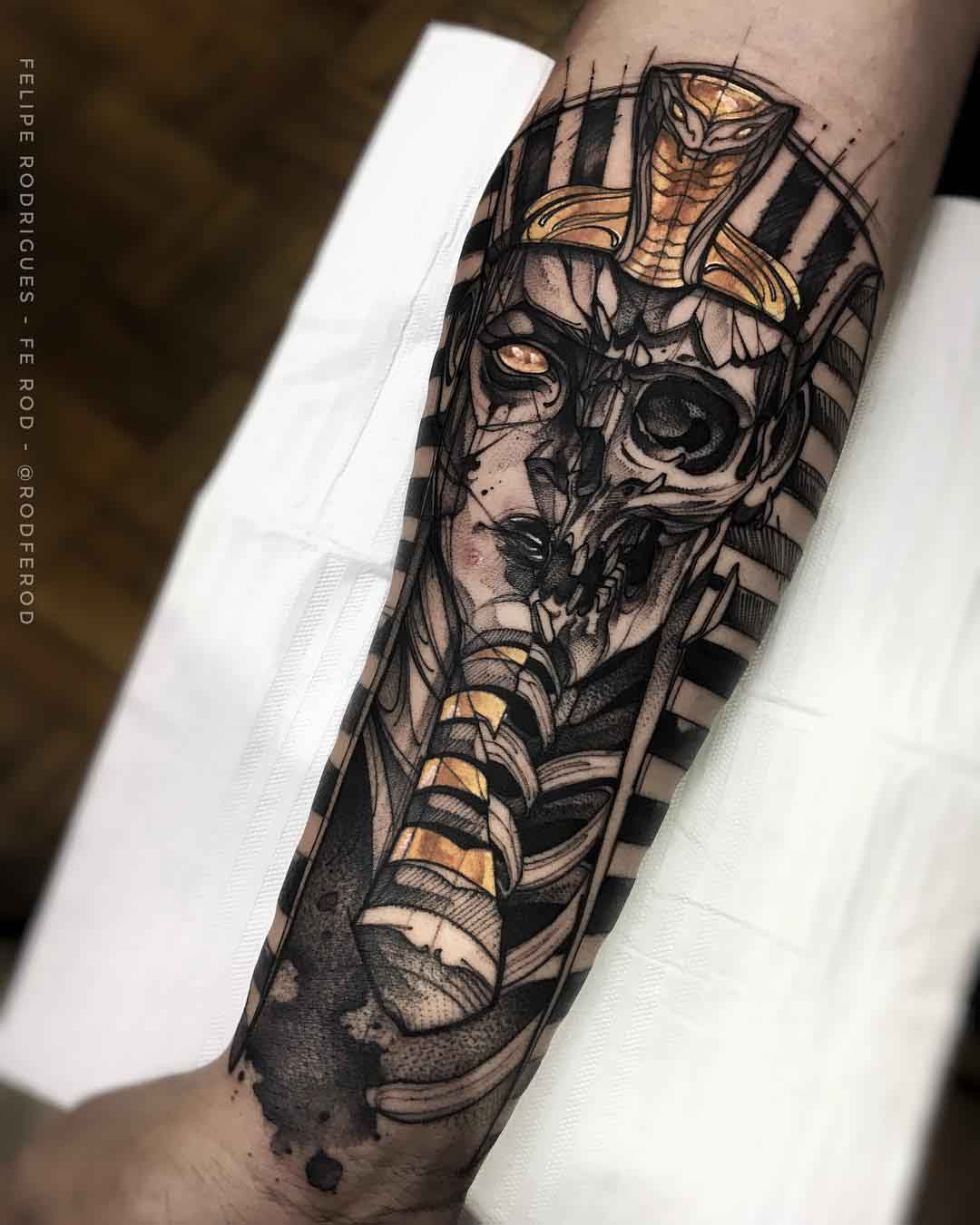 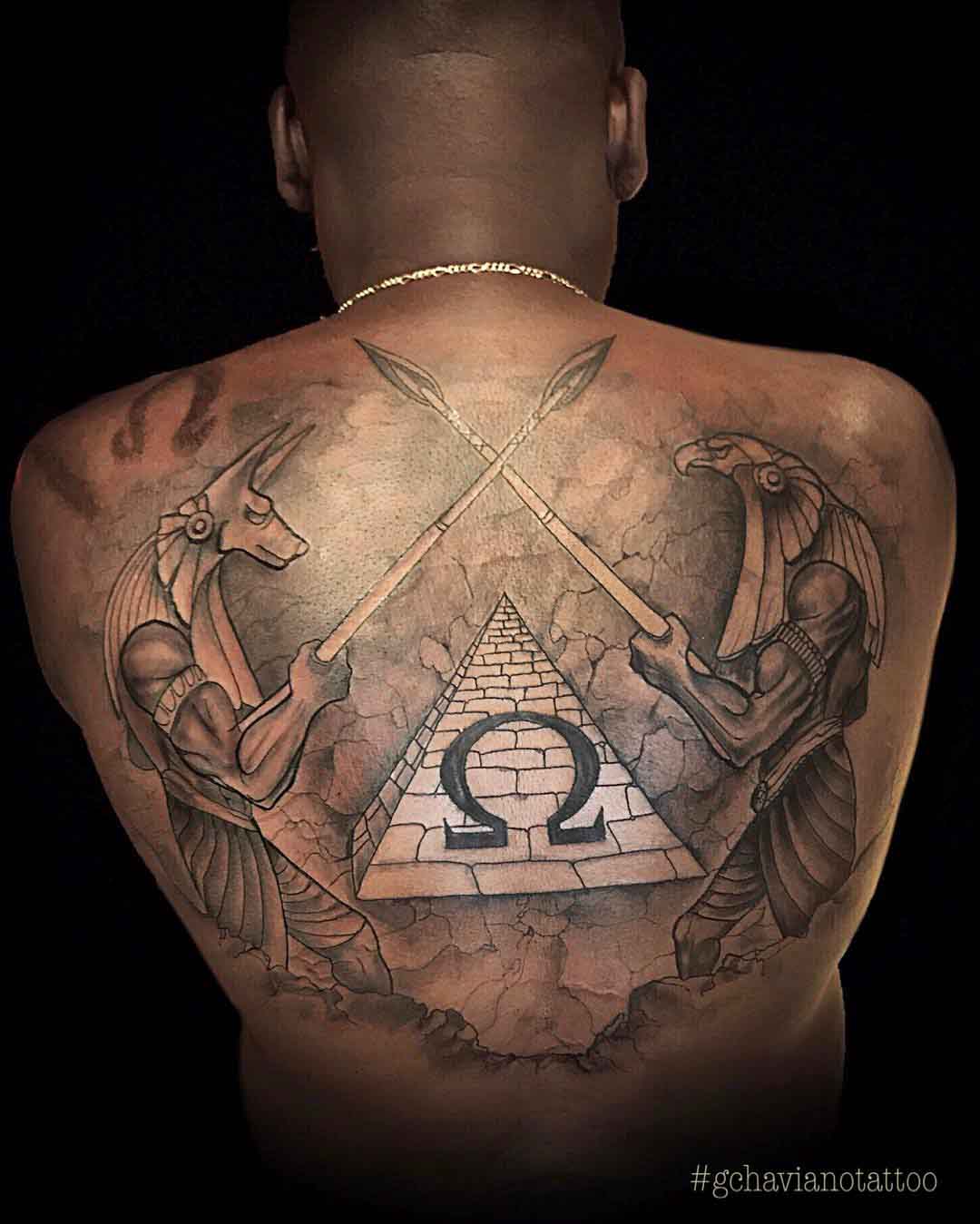 Egyptian Tattoo on Back 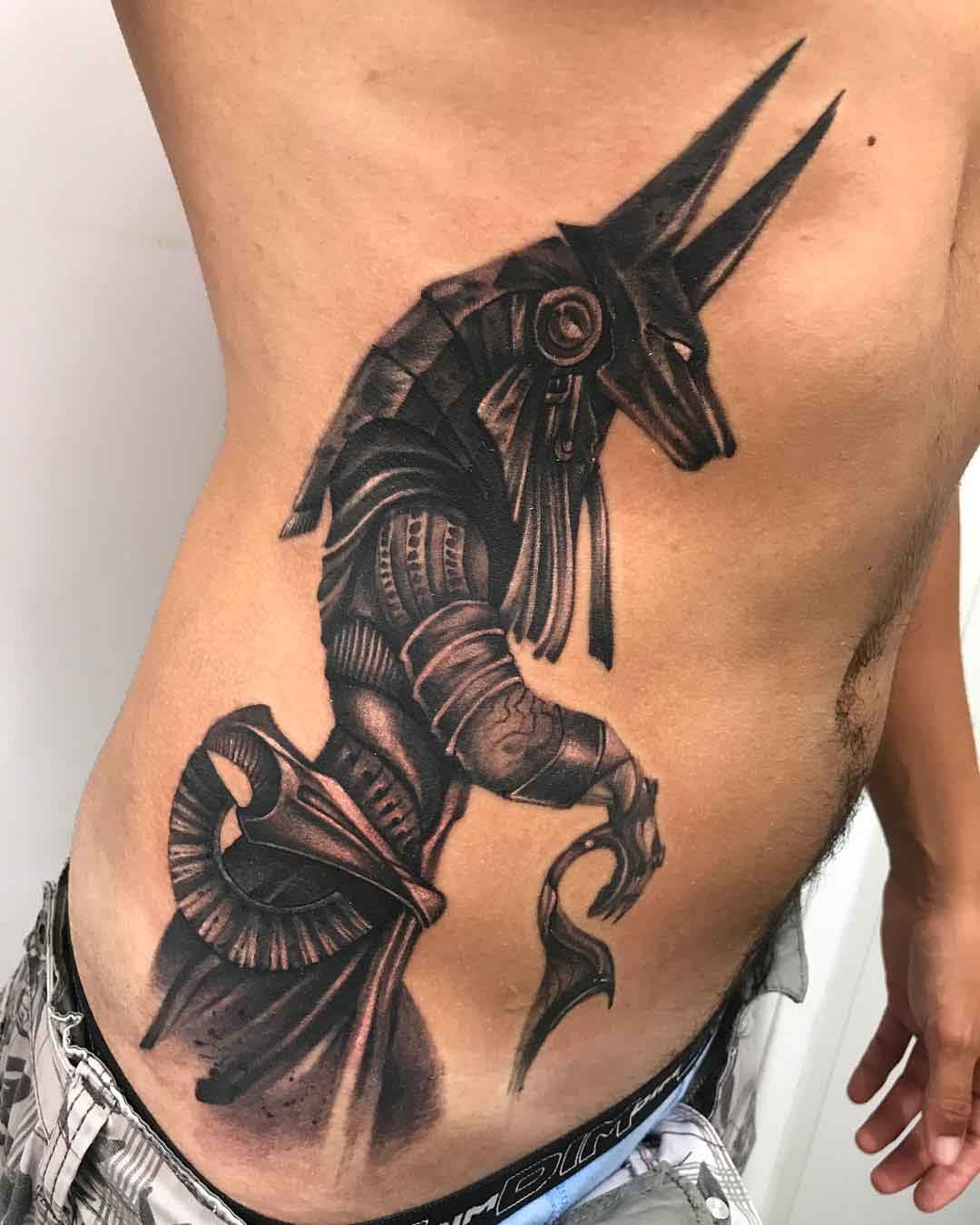 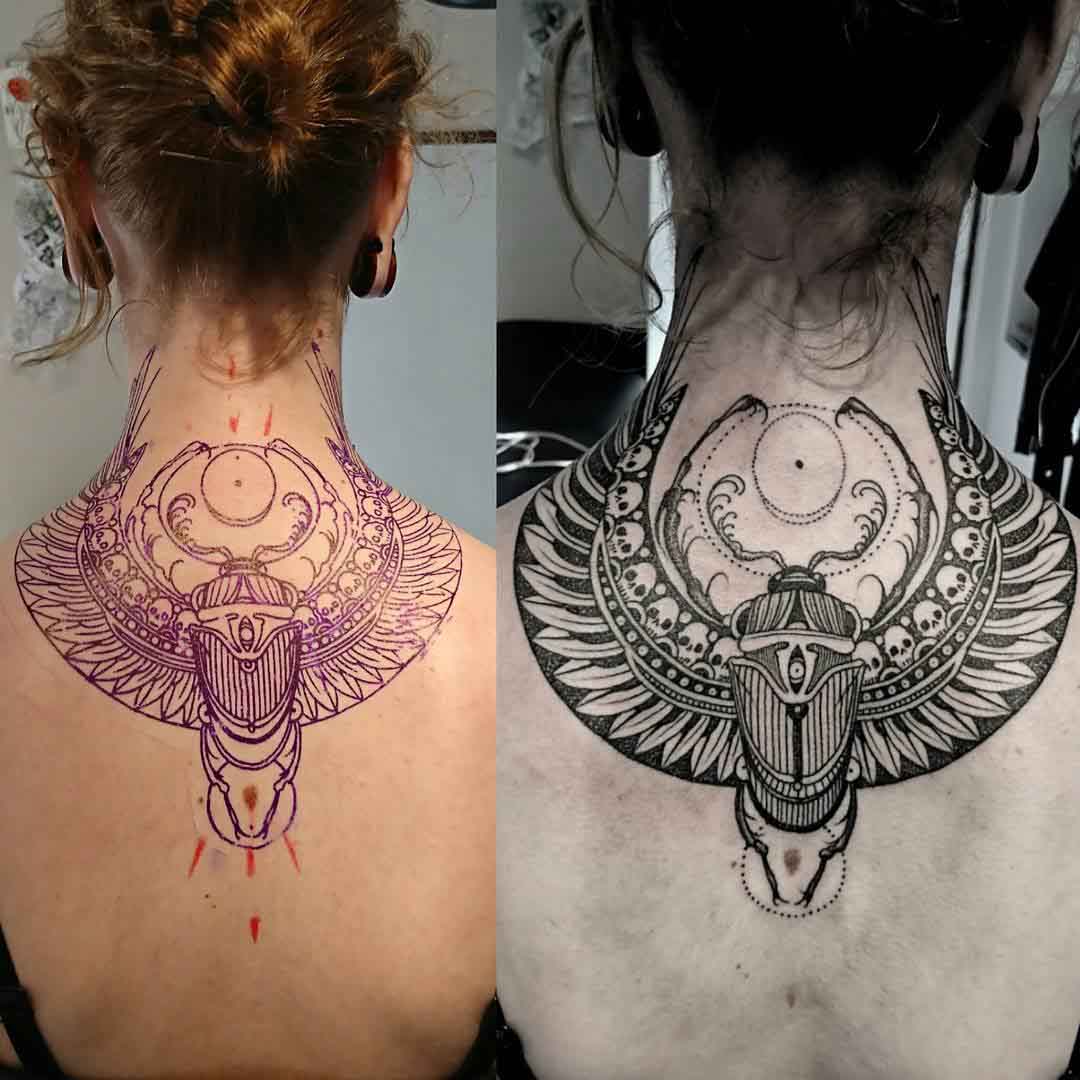 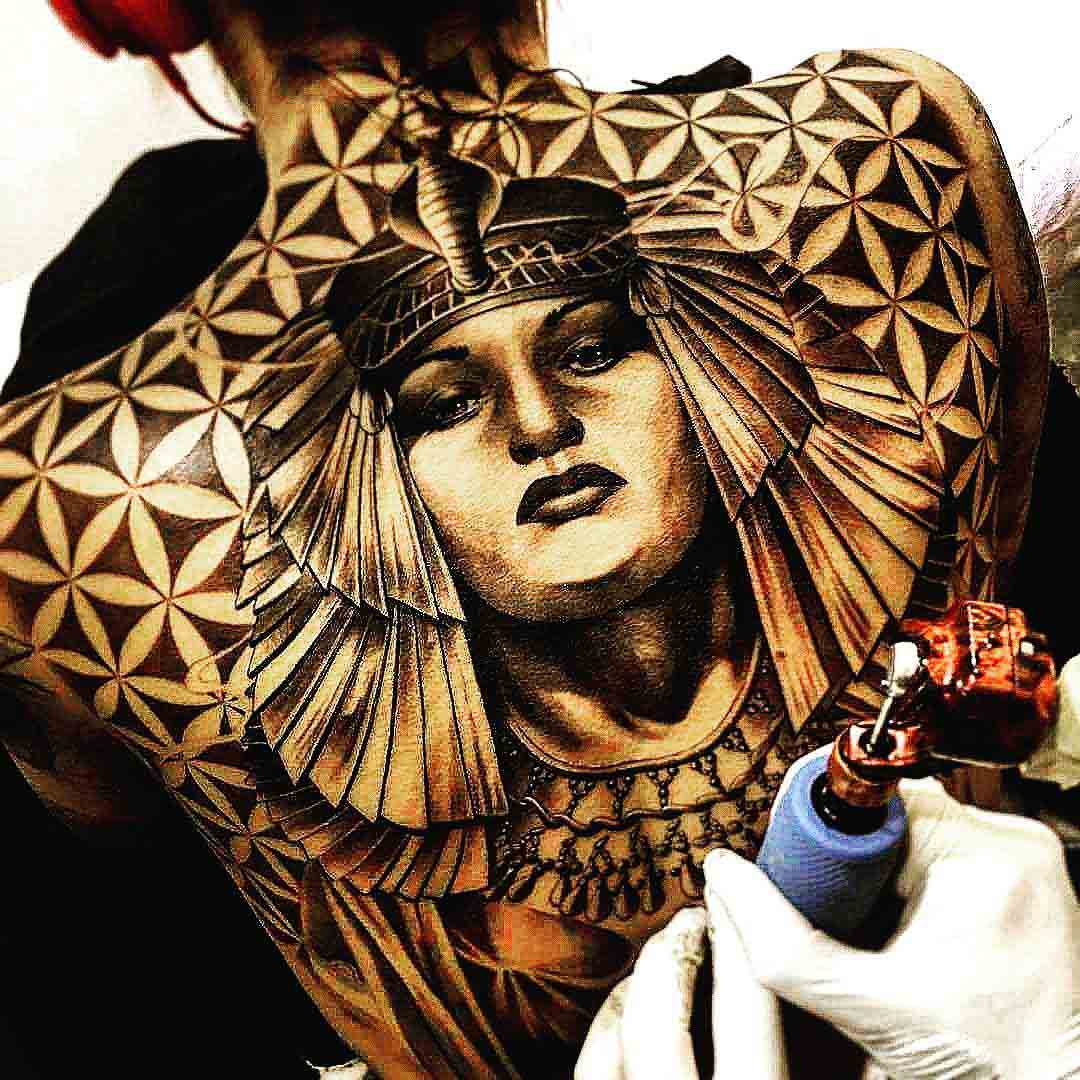 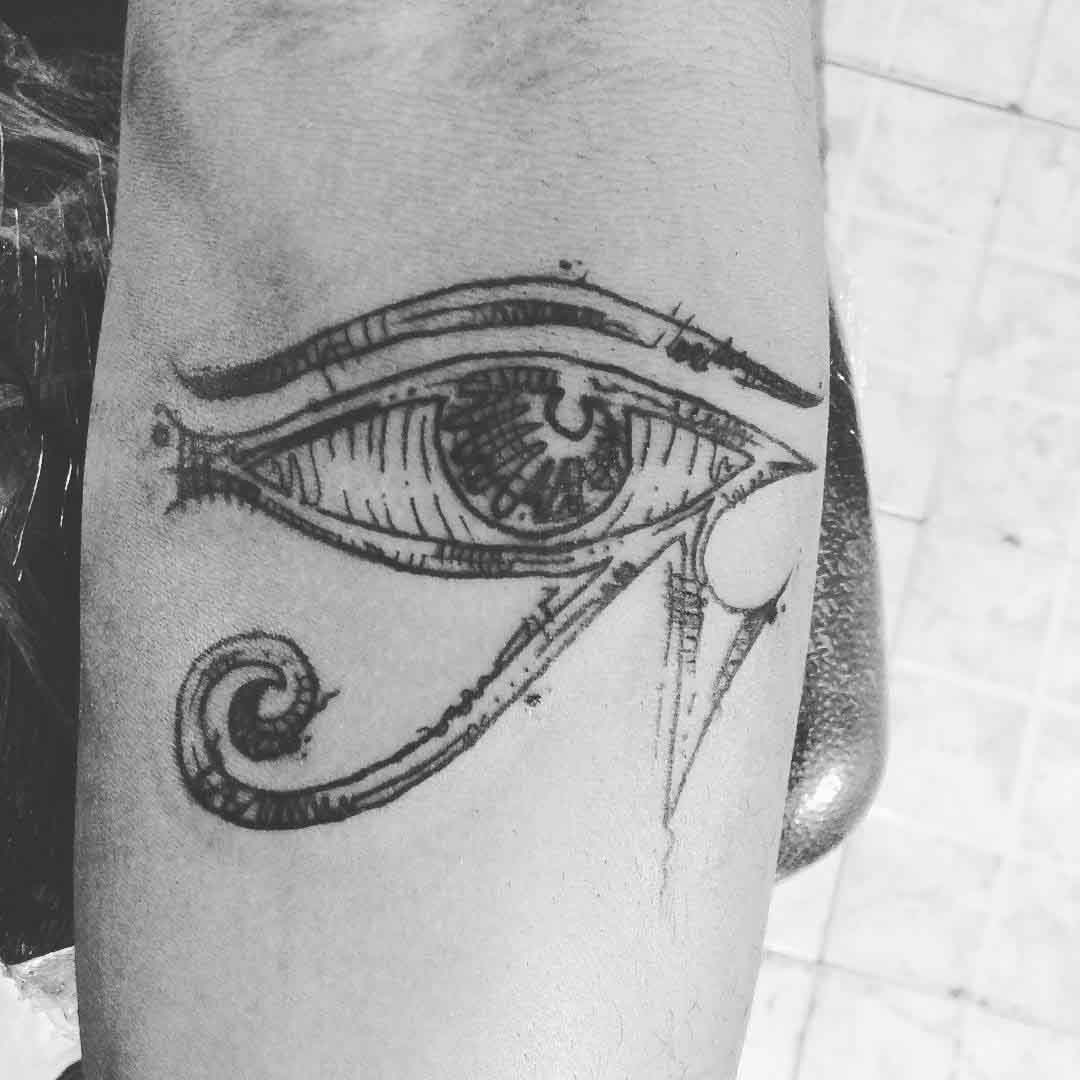 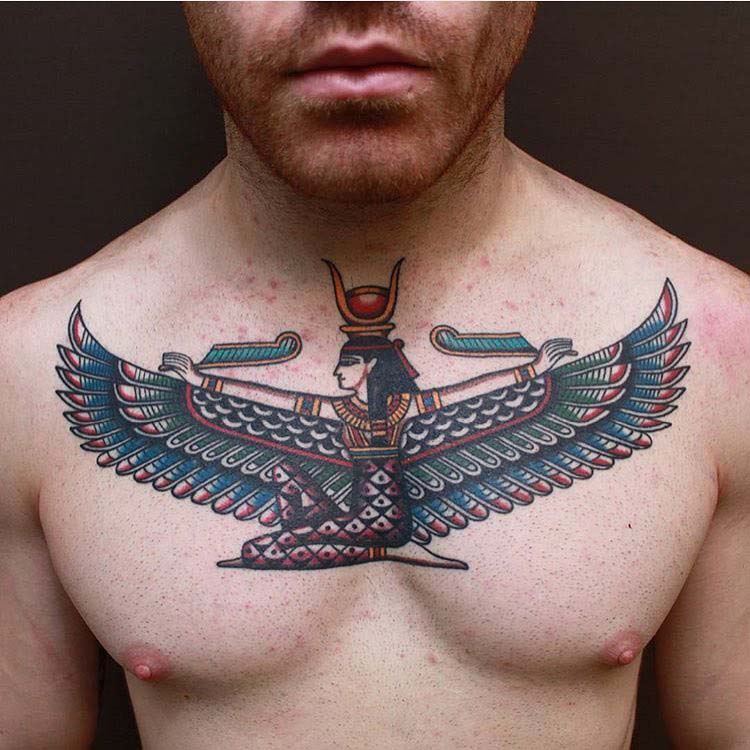 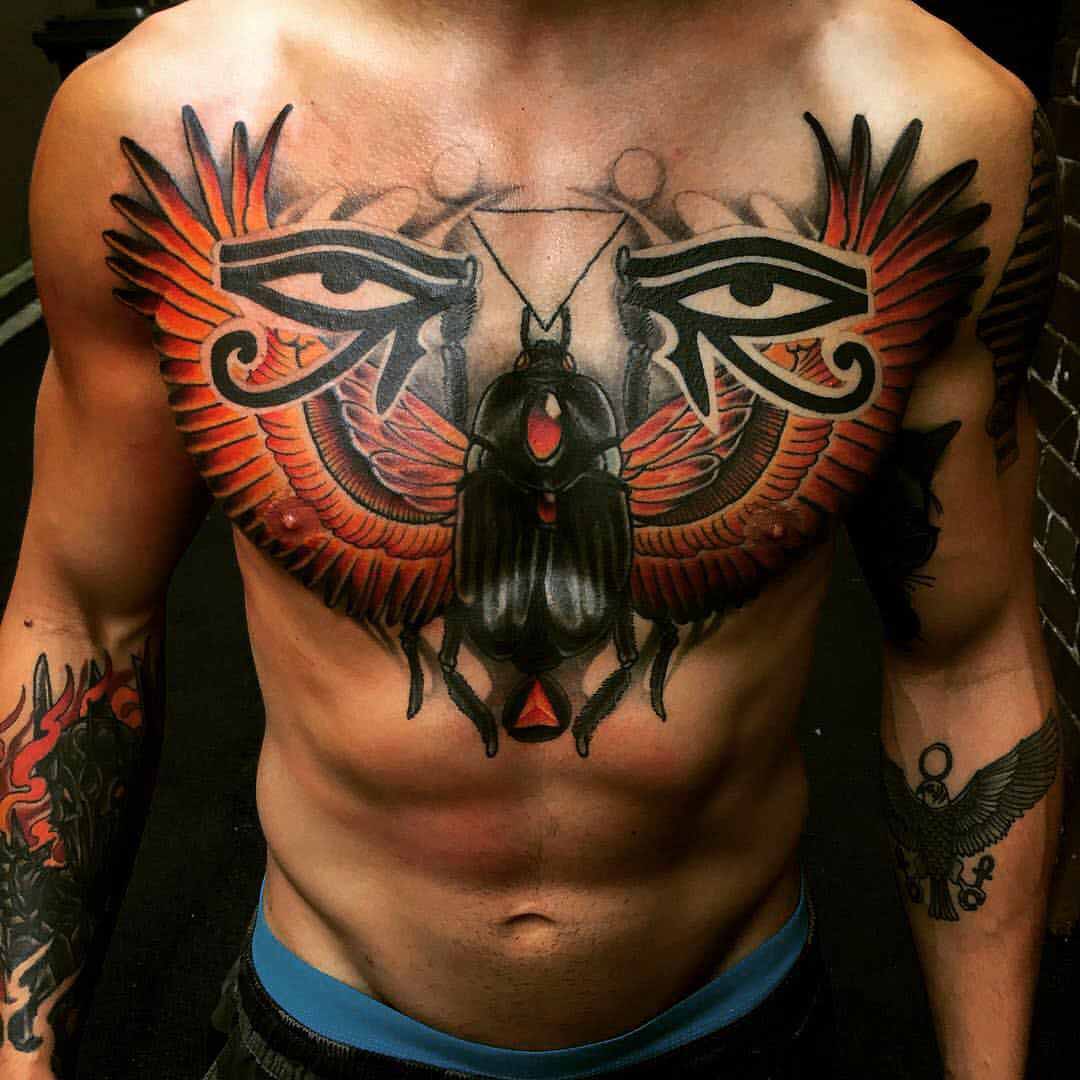 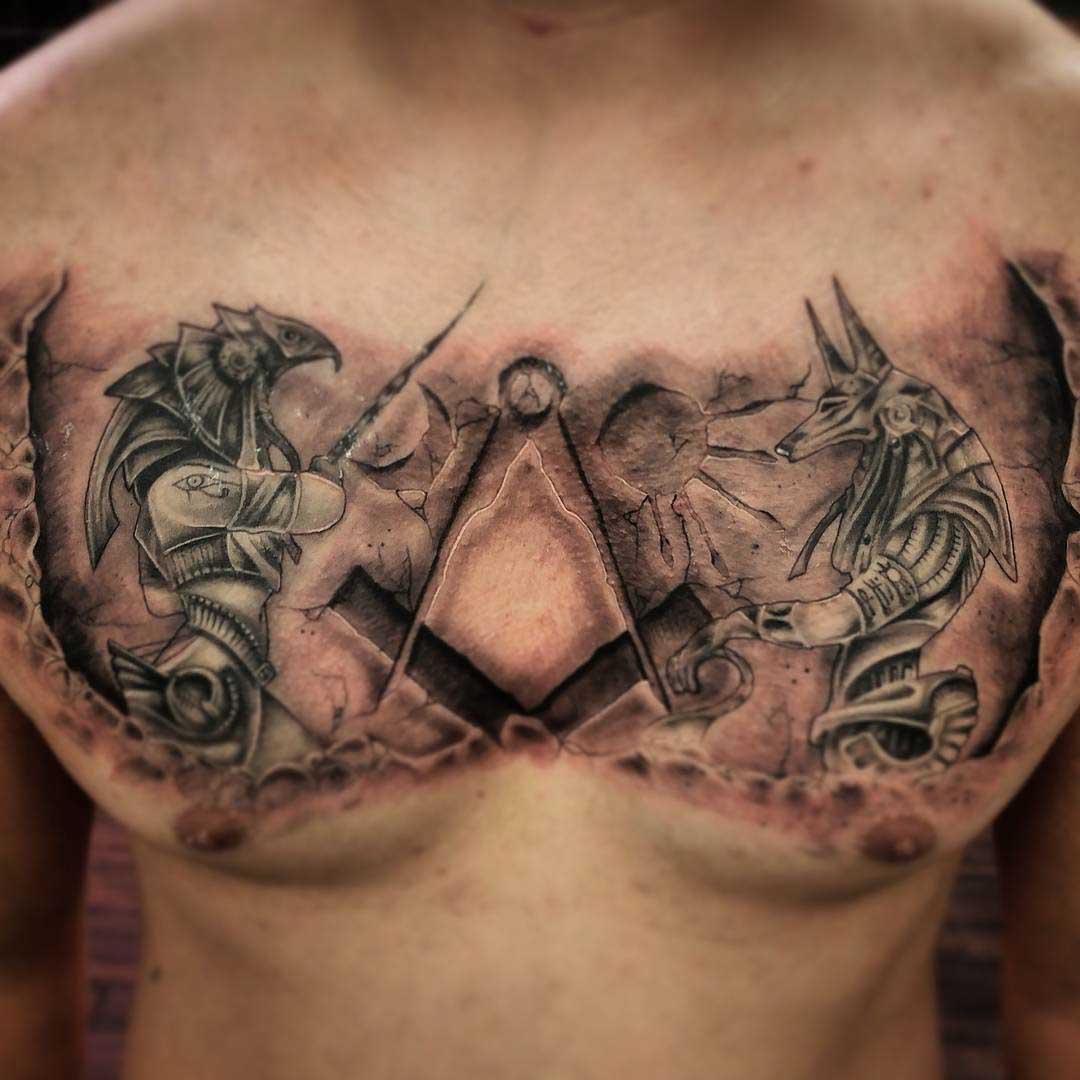 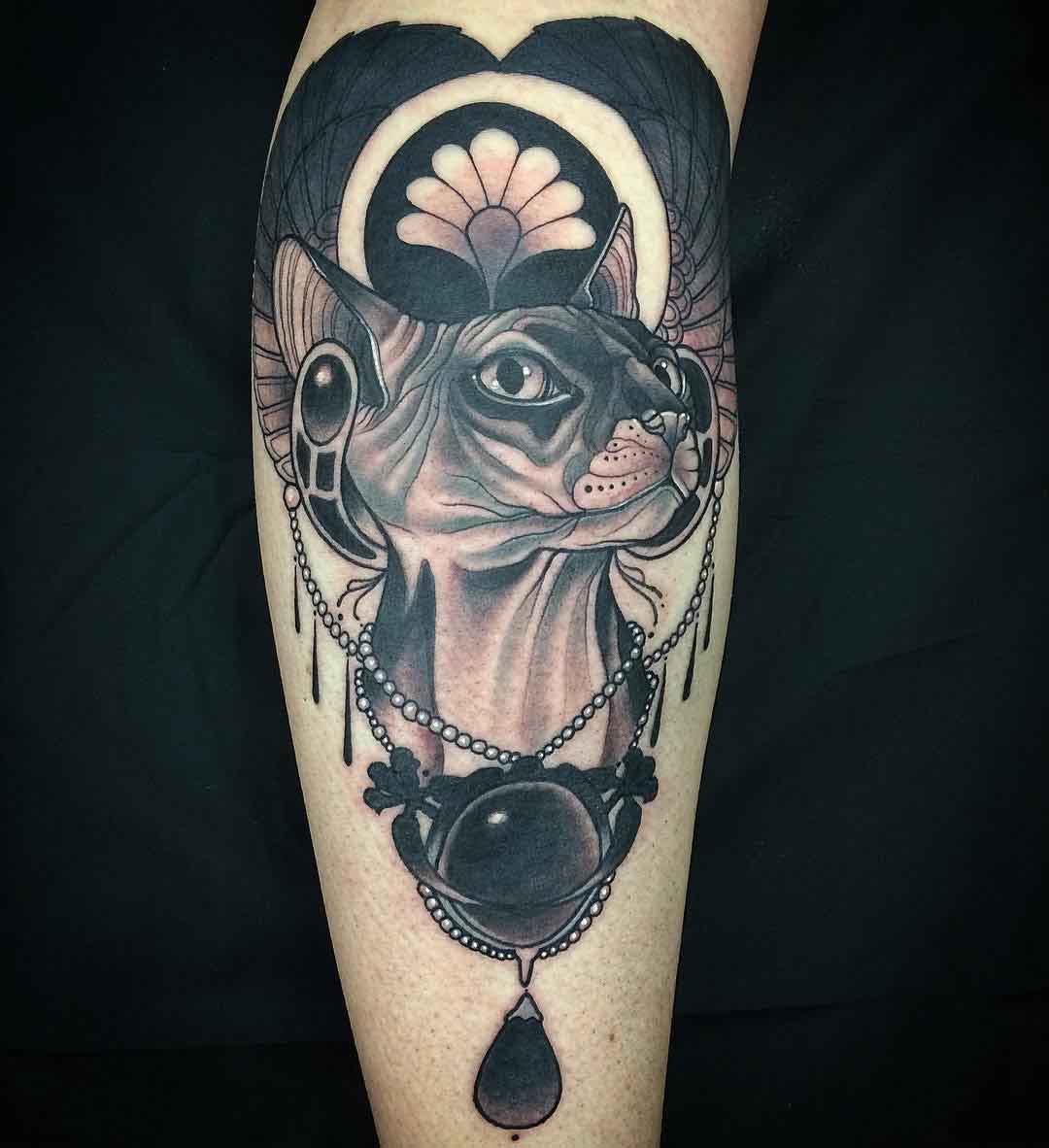 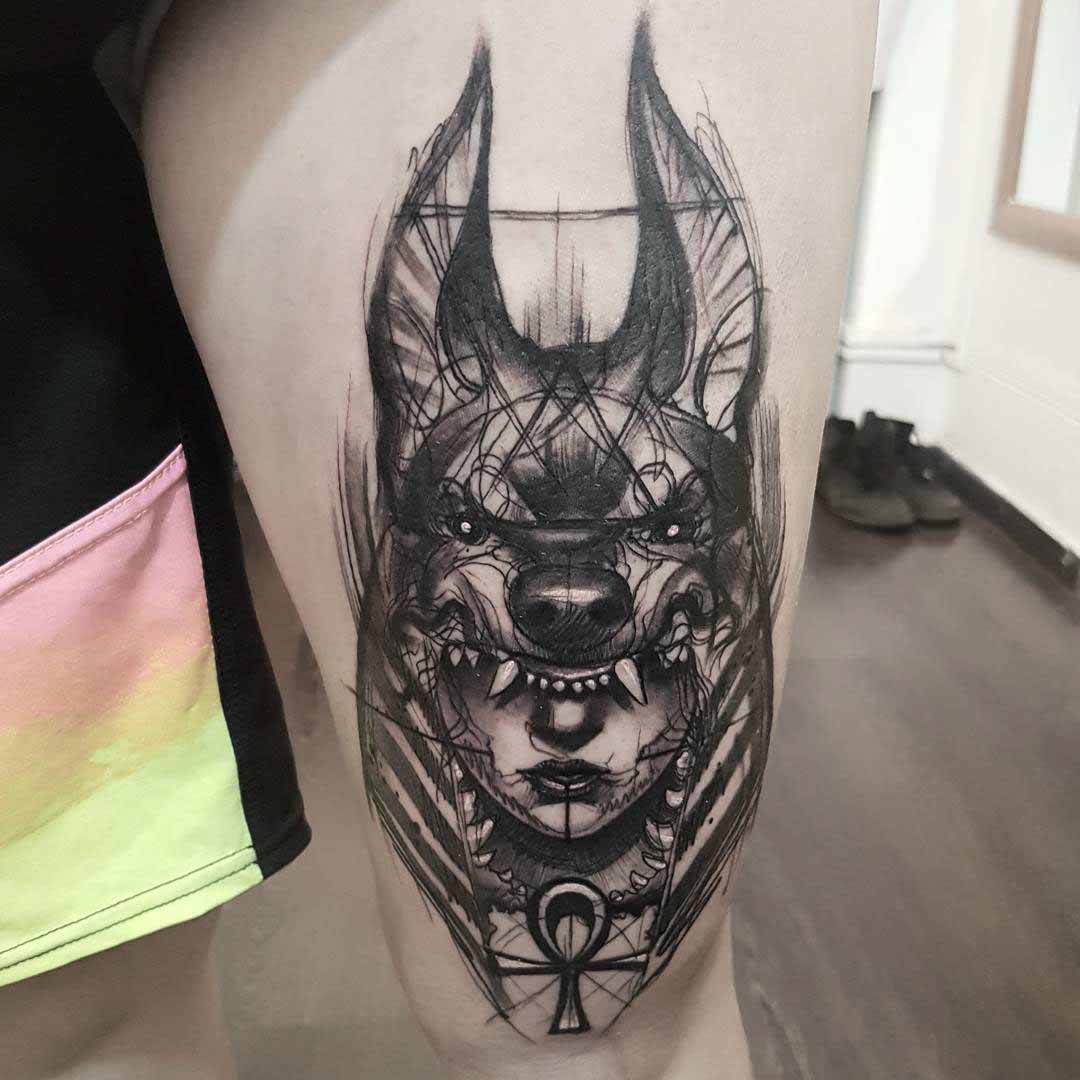 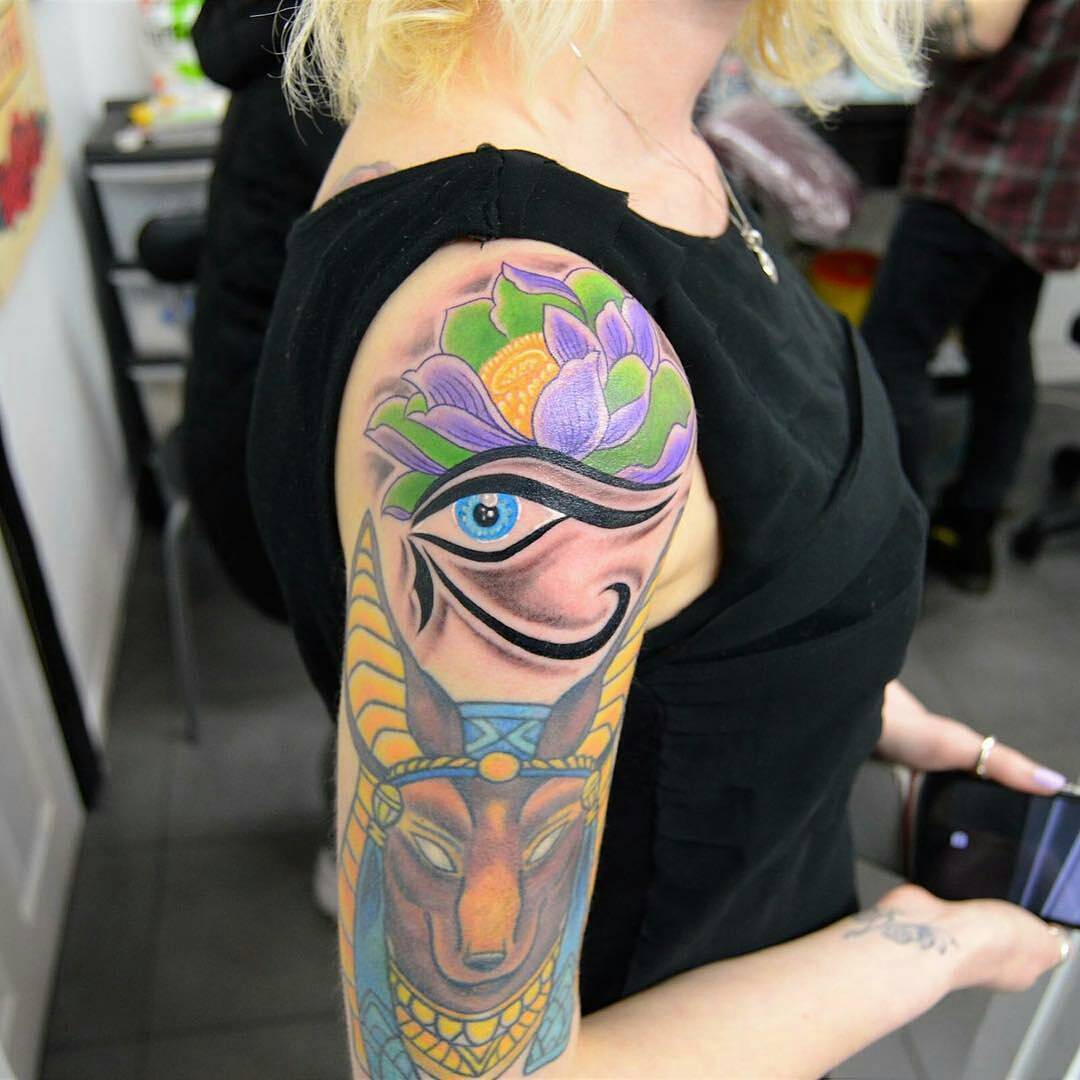 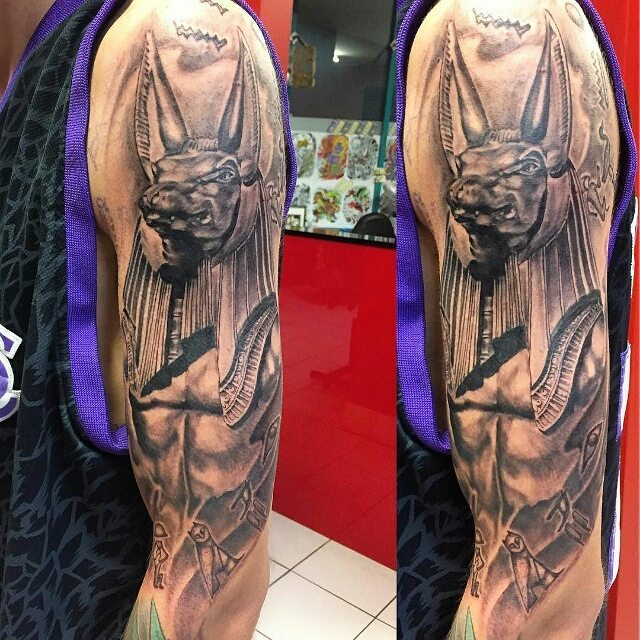 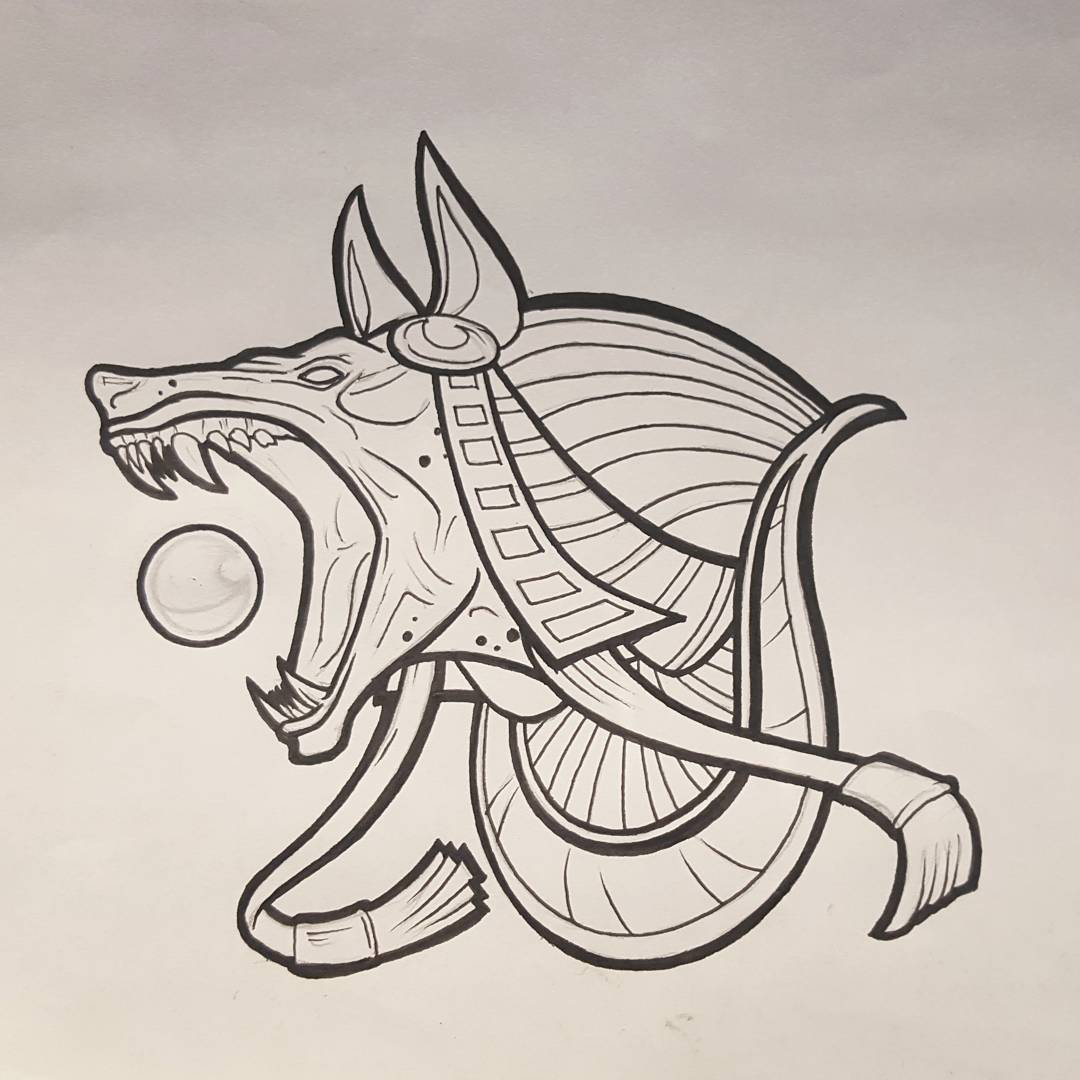