First of all, we want to mention that face tattoos are rather rare and unusual phenomena. Even though tattoos are rather a common thing nowadays, but still it’s hard to find people with drawings on their faces – it’s too extreme.

The trend of decoration faces appeared among the members of some subcultures, by the means of piercing first. Later they found that tattoo on the face looks not less impressive or even more.

Ancient people used to make face tattoos that differed a lot from modern ones. For example, placing a tattoo on that are used to be very popular among Polynesian tribes, they were also found on bodies of Egyptian mummies, but all of them looked like parallel lines and small strokes. At least small drawings were met very rarely. Nowadays, thing’s changed and it is possible to run into all imaginable face tattoo designs.

Is this tattoo a convenient thing to have? People willing to make one for themselves should know, that fashion and beauty is a subjective thing. Which means that people would treat your appearance, image and style differently, from absolute judgment to complete admiration.

Woman with a face tattoo must understand, she takes a huge risk. If the drawing would look not the way you wished, it would be nearly impossible to correct it. That’s why only people willing to get a lot of attention for the rest of the life and have a strong need for self-expression, can choose this way of appearance improvement.

There are of course some exceptions, for example, a range of small elegant face tattoos which would look beautiful in any case and serve a great rising of your appearance, but there are not so many of such designs. Such drawings help to change the way how the society, in general, the treats tattoo art in a good way.

There is no gradation of drawings into masculine and feminine. So, it is possible to meet a tender cute girl with a similar tattoo as Mike Tyson has. It is worth mentioning that correctly picked shape, color, and size of a tattoo design can make any idea look cute on girls.

However, if you are planning to get a family or to apply for a job at a big office, you are not recommended to have a face tattoo. Good, high-quality offices in which you can have a perspective of a career are known for a bad appreciation of any kind of tattoos.

Is it painful to make a face tattoo?

Yes, it is! It will be a torture to make one. However, these feelings vary from person to person. There are several factors, which influence the process of tattooing. One of them is an attitude and mood. The fear can make it feel much more painful than it really is, so the face is not an area for the first tattoo in life and after you’ve had one, you would know that for sure.

Nevertheless, if the pain was unbearable during the first time, you will not be able to block it, and it will only grow your fear. So, try to stay positive for the session to be not so painful, – that would definitely help. Have a good rest beforehand and get rid of all things that can irritate or disturb you.

It is strange, but face tattoos are a historically logical phenomenon. Tattoo art appeared centuries ago and the usage of body drawings had not only the decorative function, but also they used to be some definite social groups, religion, tribe or caste marks. In those times, face tattoos were the marks of warriors.

Their main function was to send fear into the hearts of their enemies. The Polynesian culture is rather interesting in that case, as it had left an incredibly wide inheritance of body drawings.

A fashion to make tattoos on the most exposed part of the body came right after the piercing. And it is hard to recall the most popular face tattoo ideas as each time it is absolutely unique design. It can be ornaments, letters, hieroglyphs, some topical drawings.

If you have decided to make a face tattoo be ready to struggle through the social rejection of your appearance. But anyway, it would be better that this tattoo would be made by the professional. Such work is very painful, complicated and accurate. To erase such tattoo is almost impossible and it will definitely leave the mark. 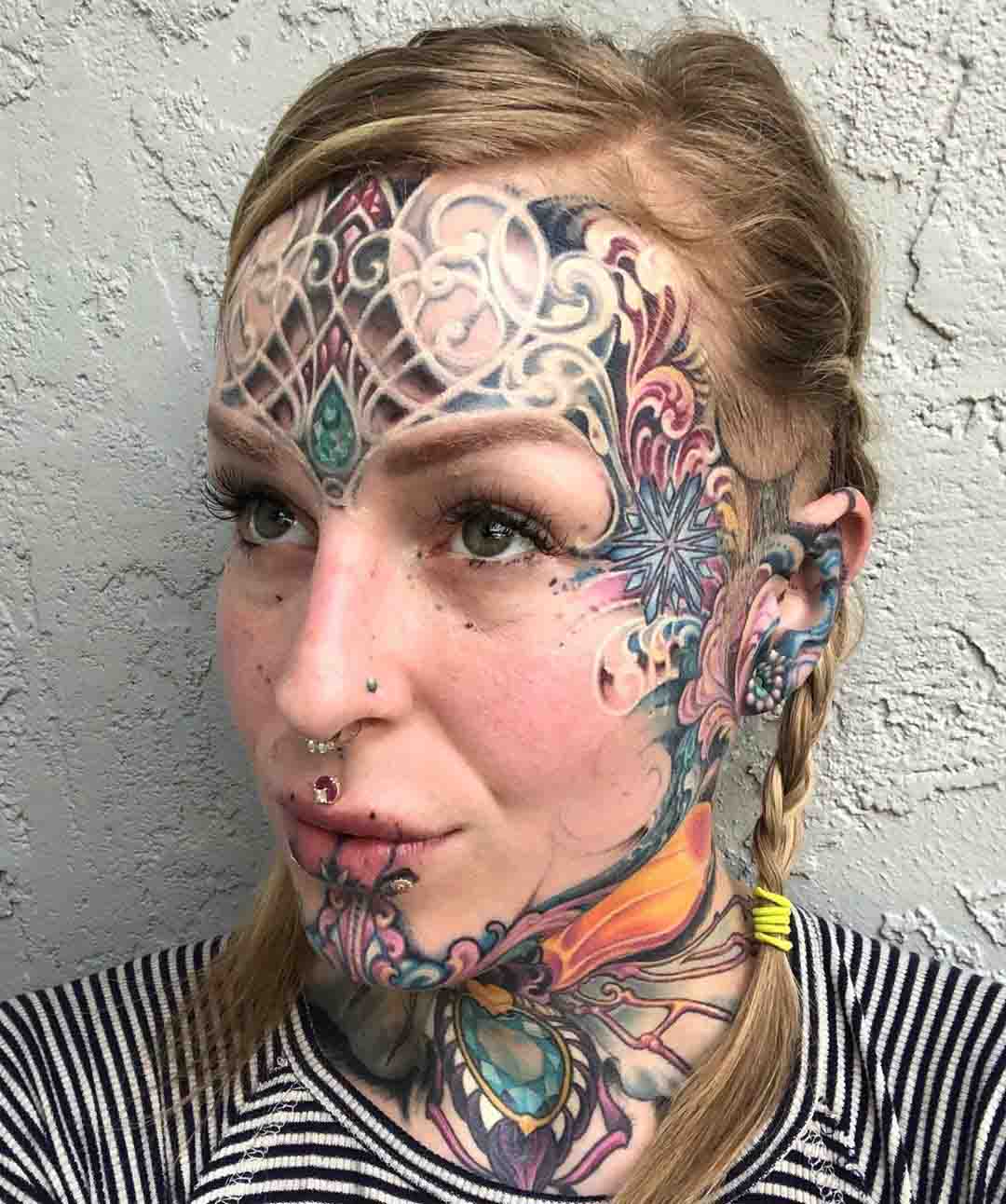 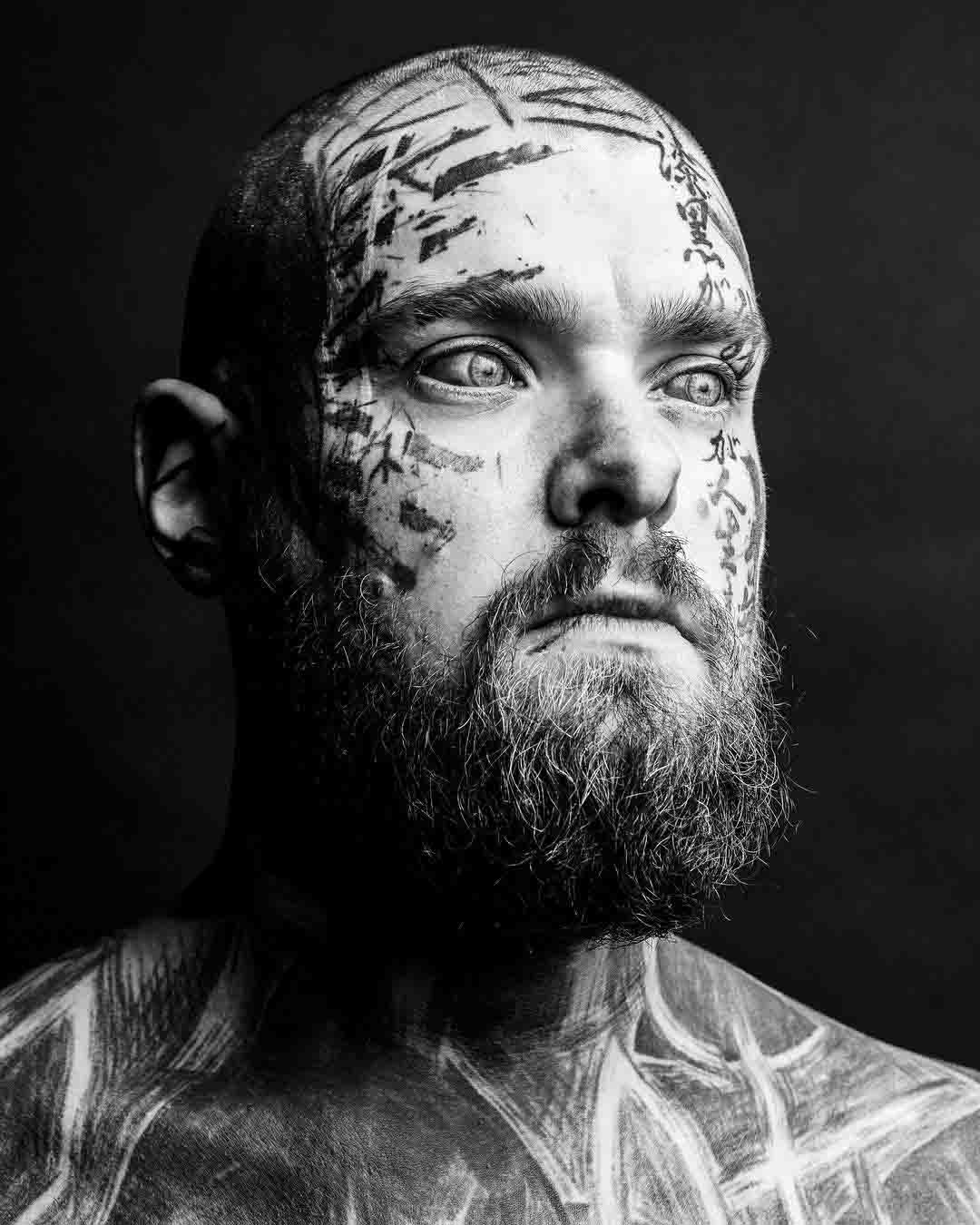 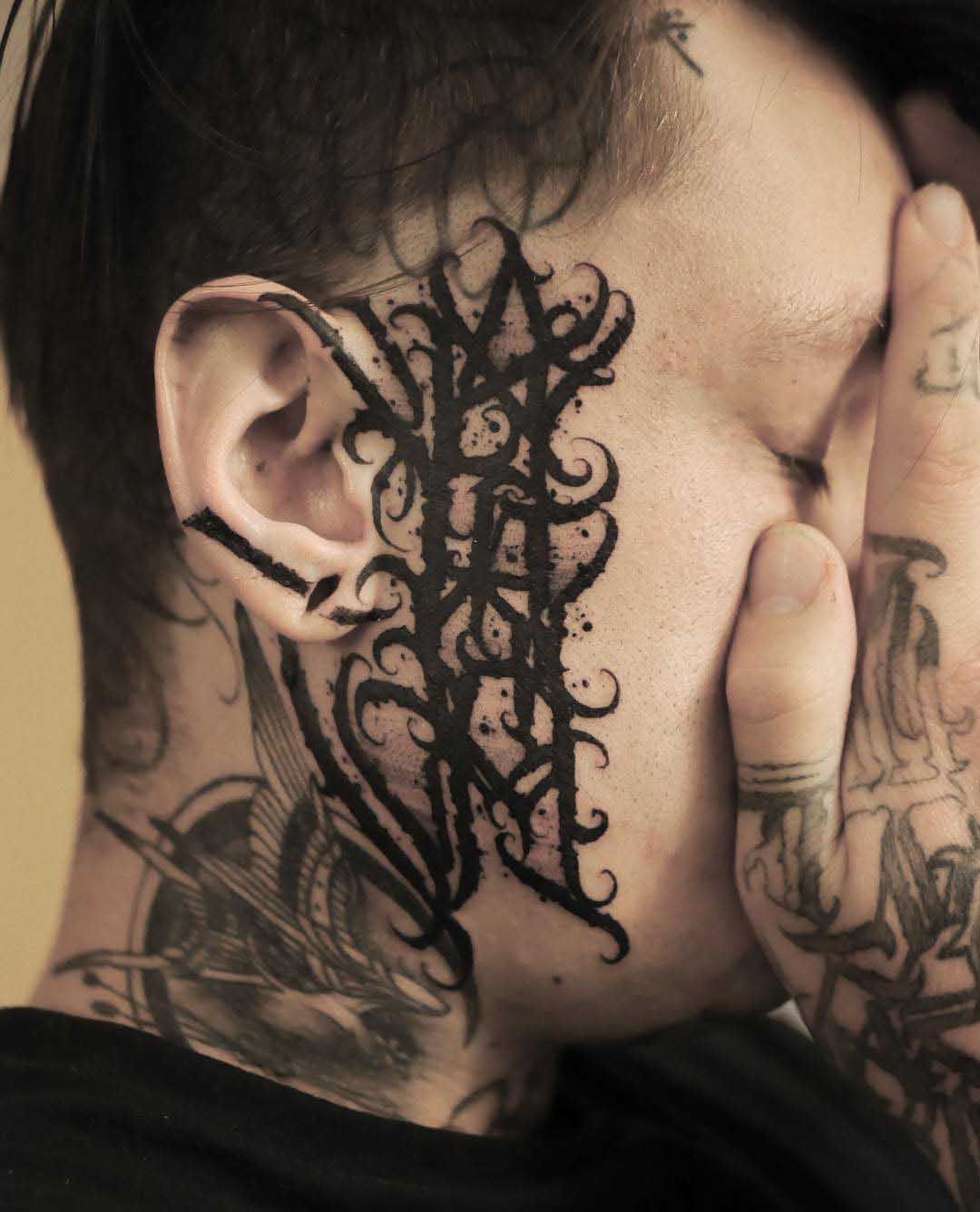 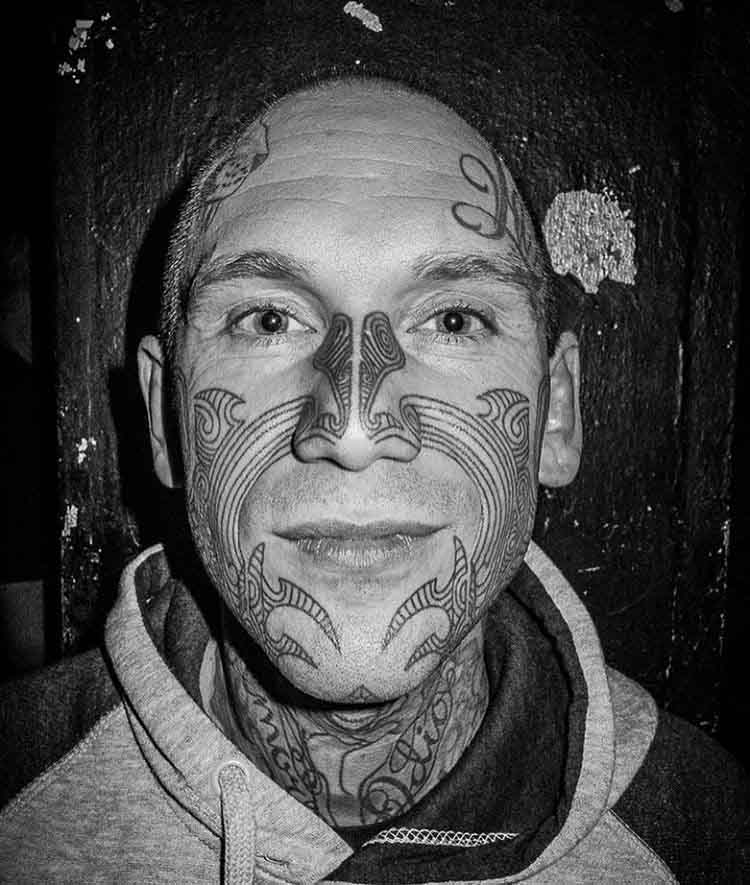 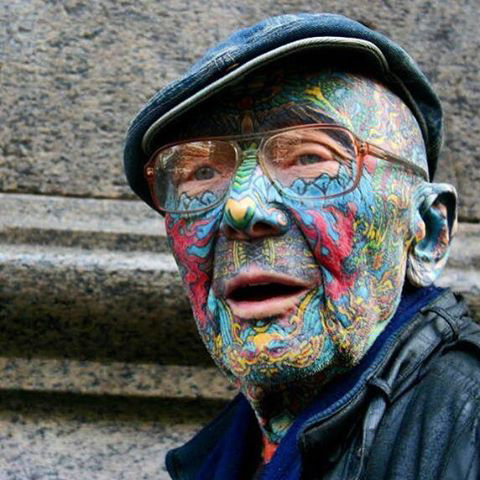 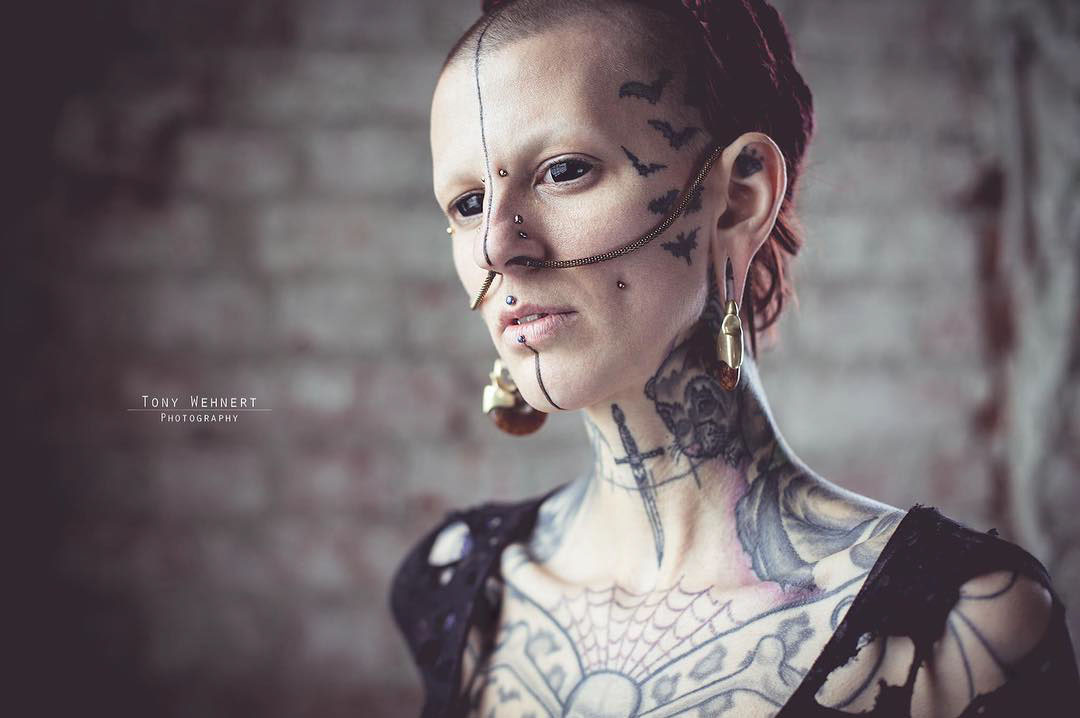 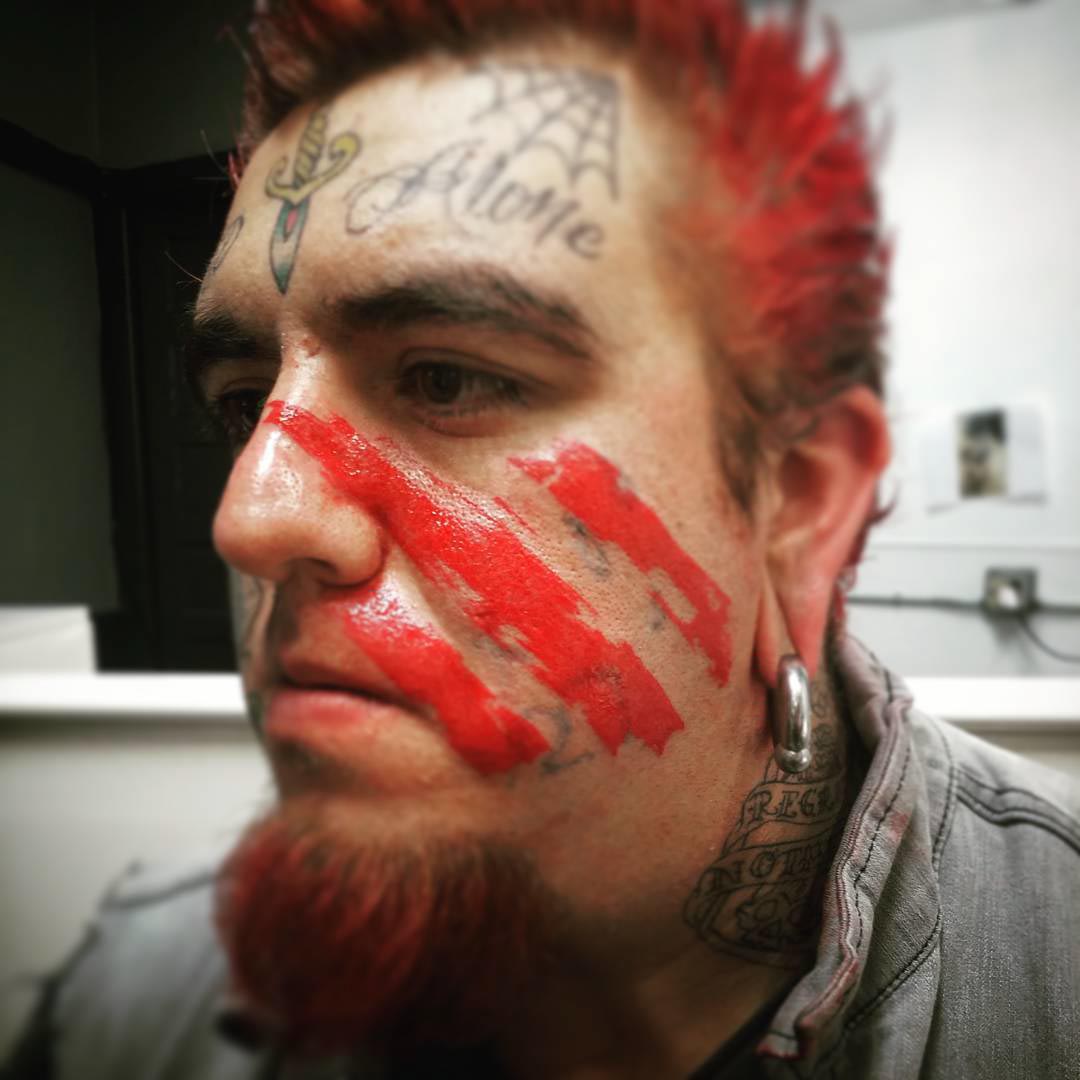 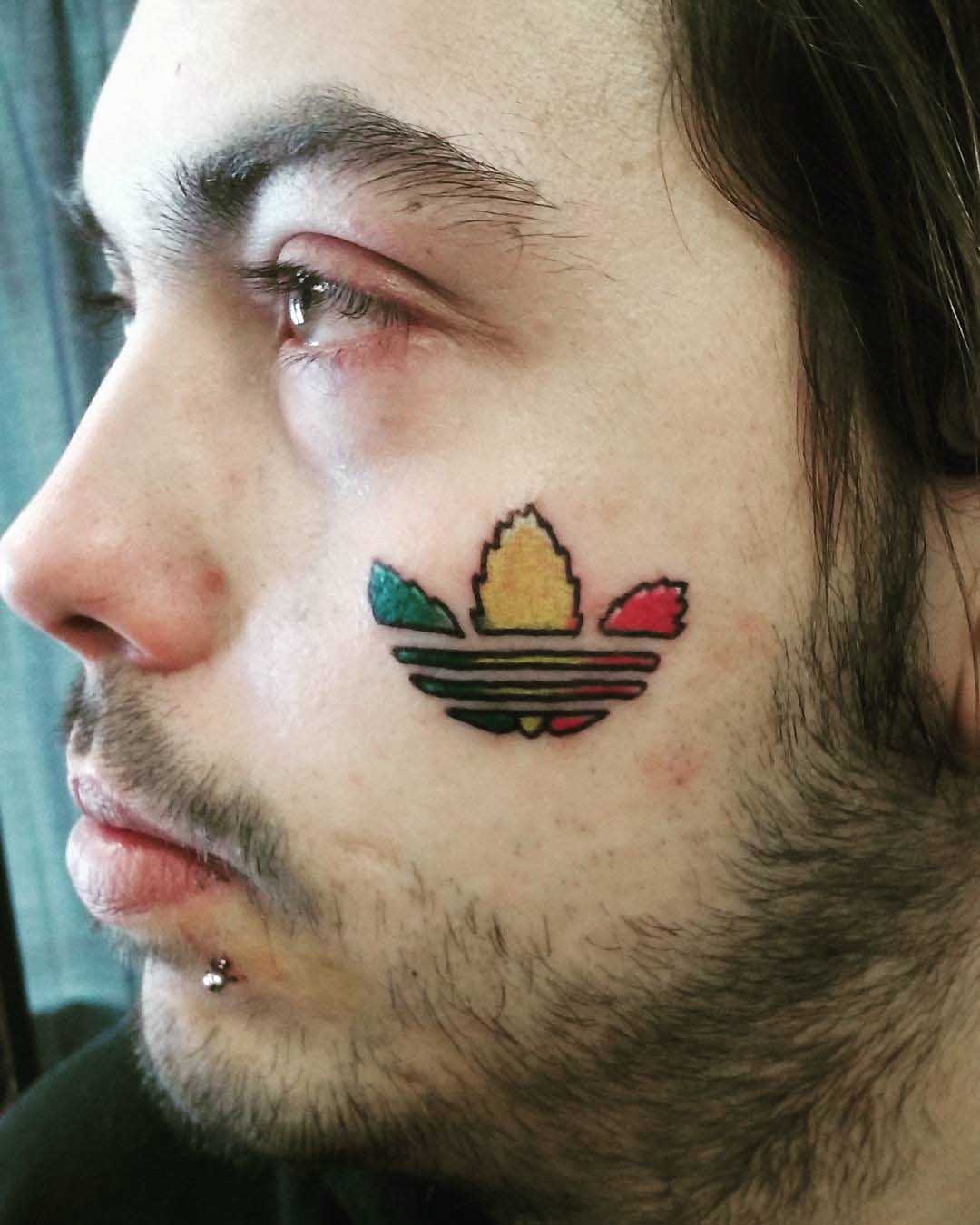 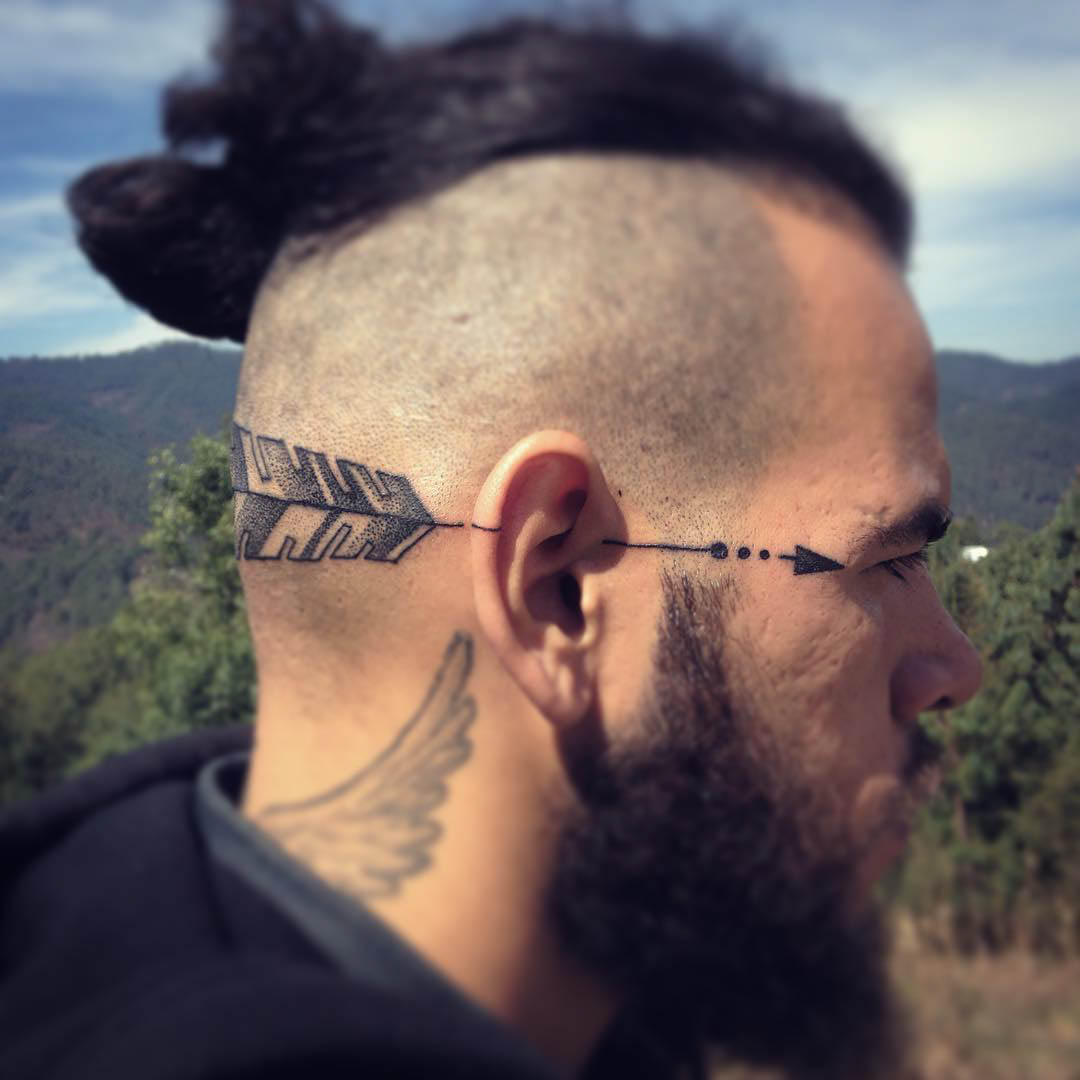 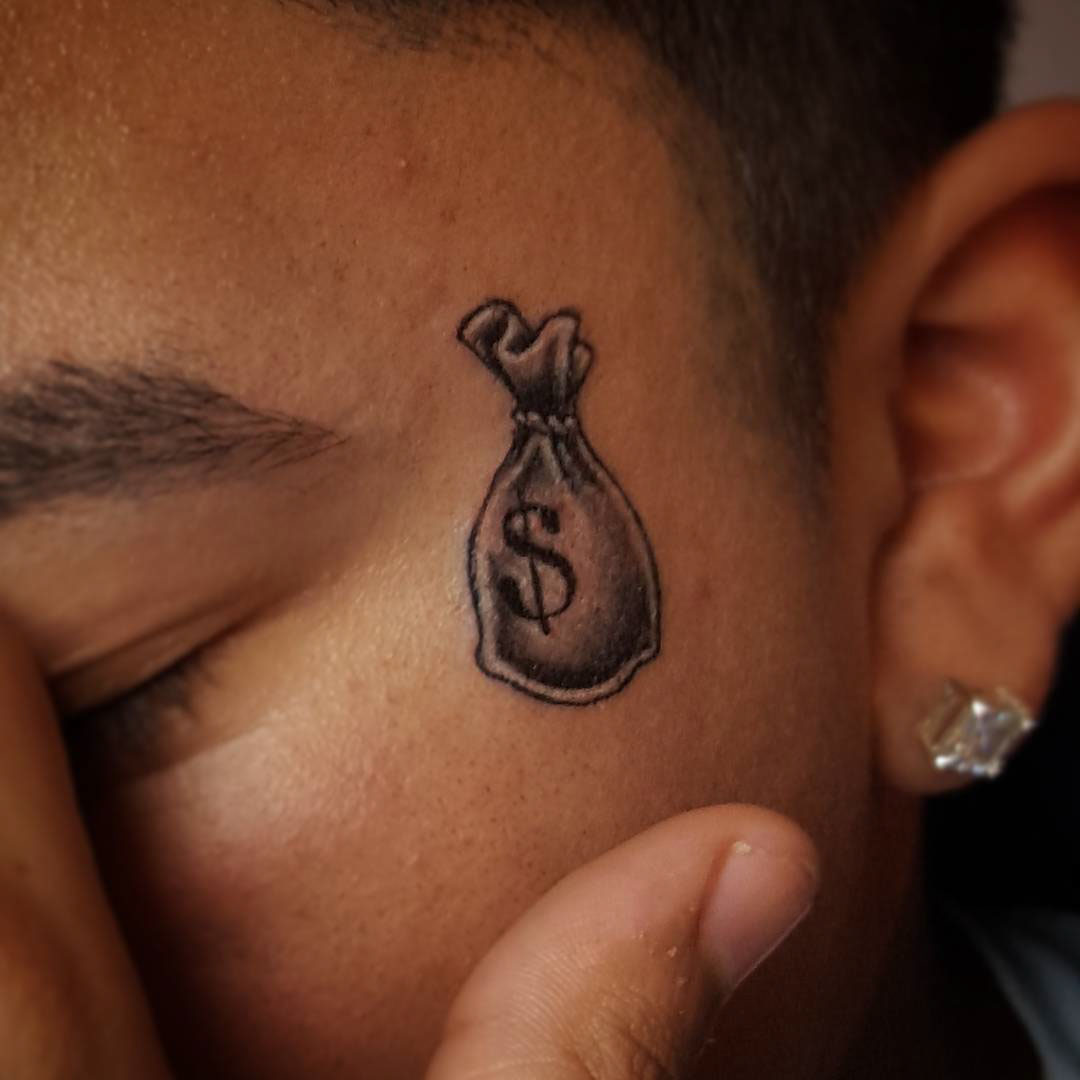 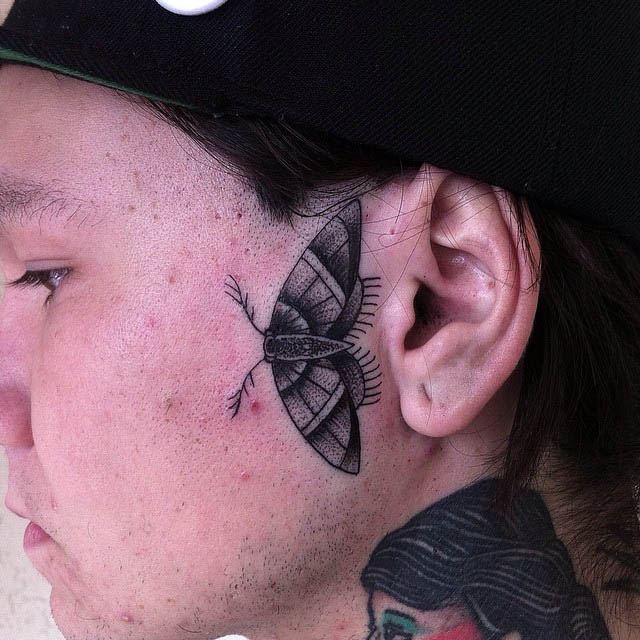 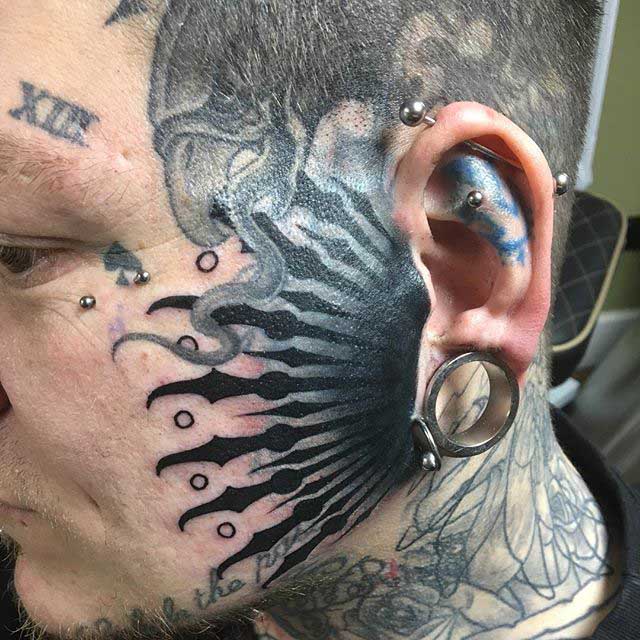 Close to The Ear Face Tattoo 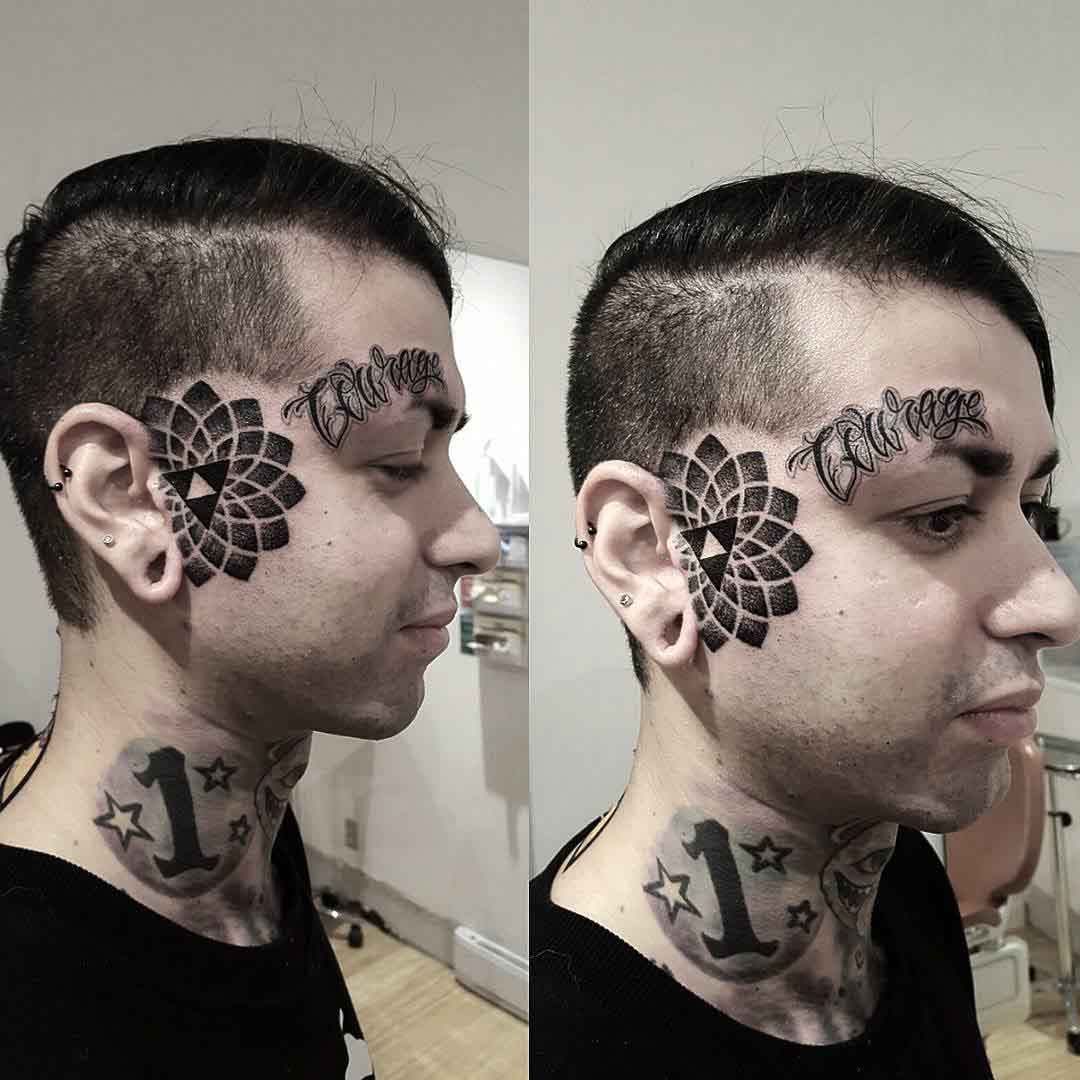 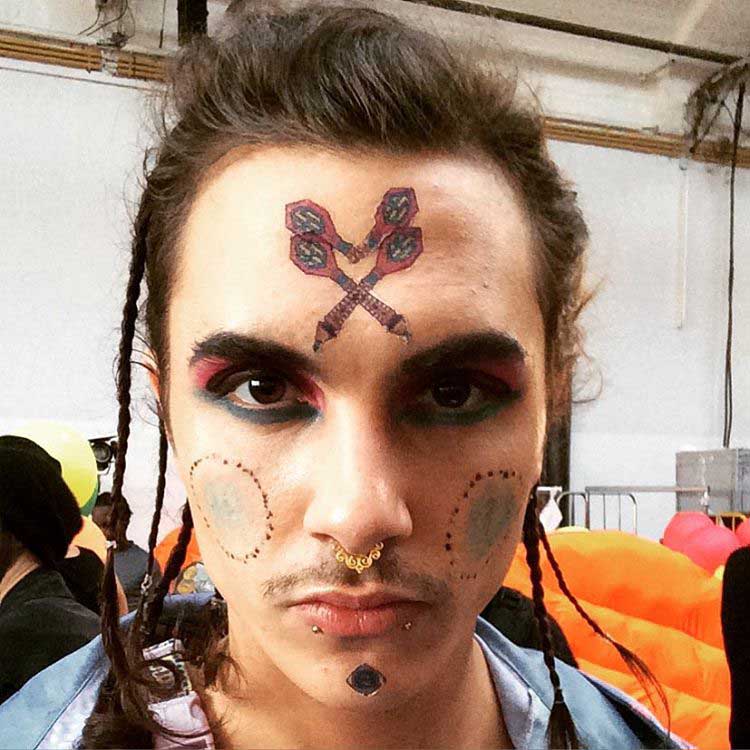 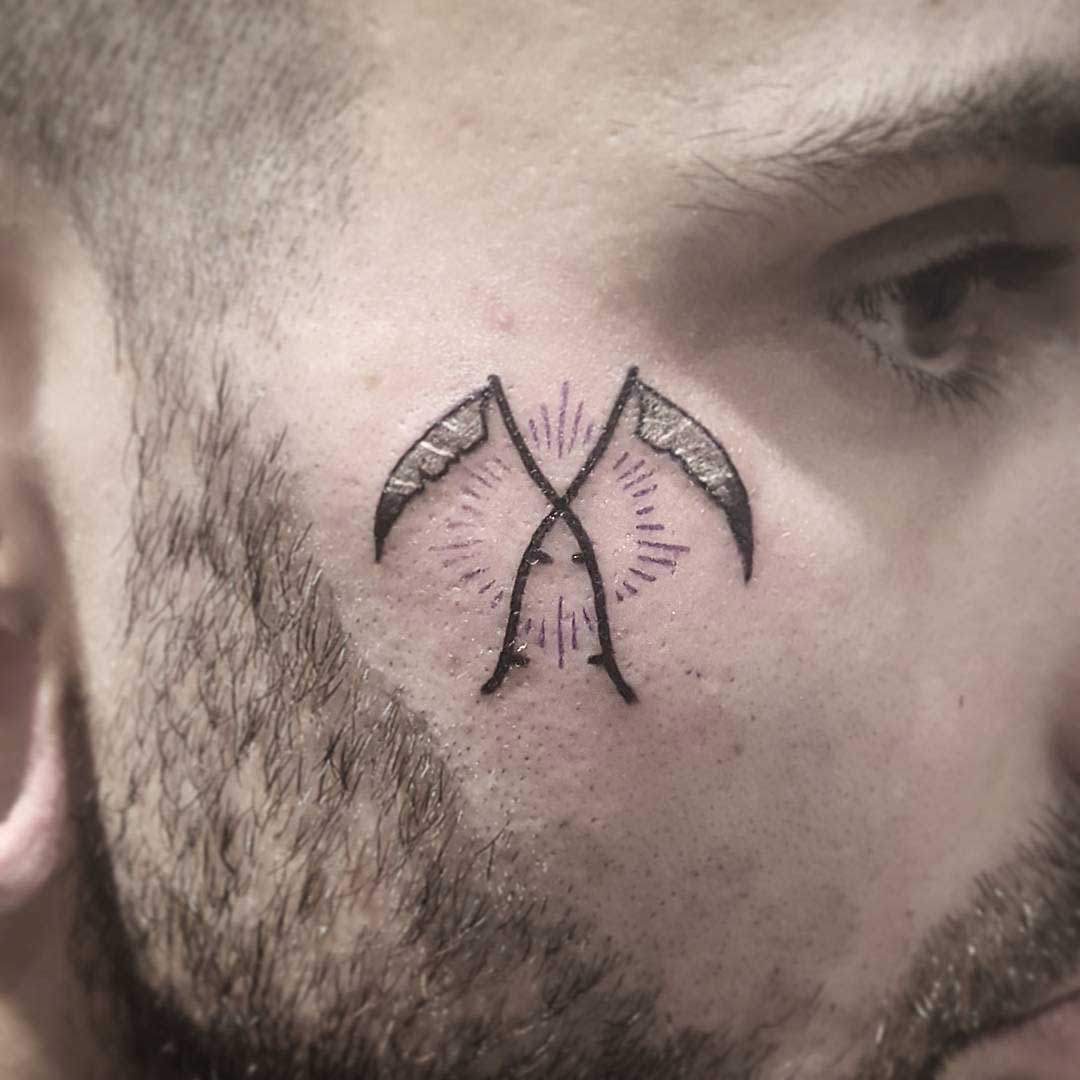 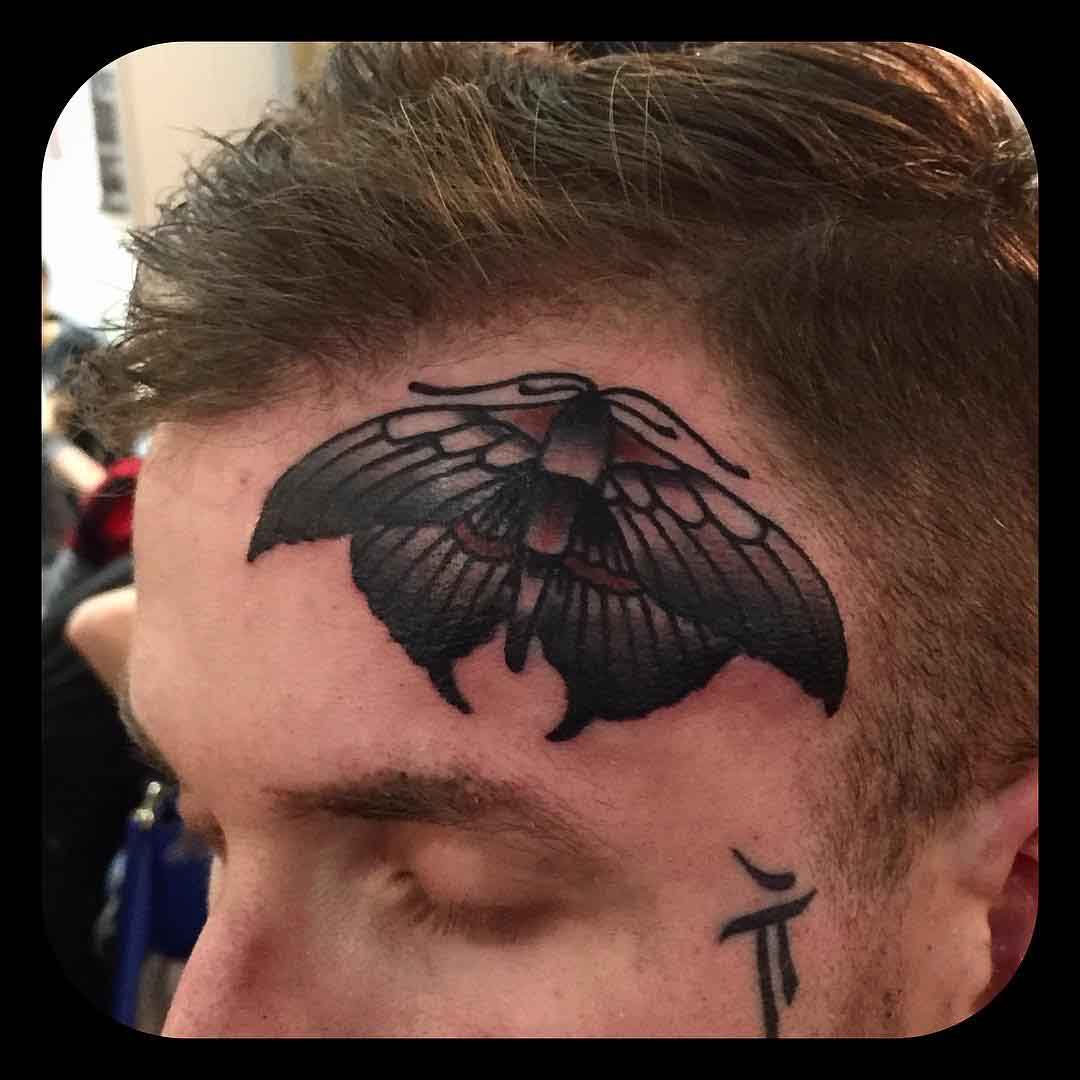 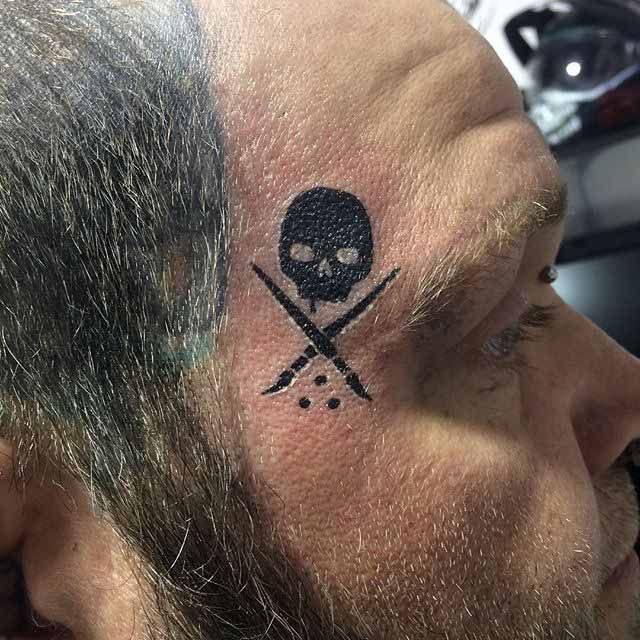 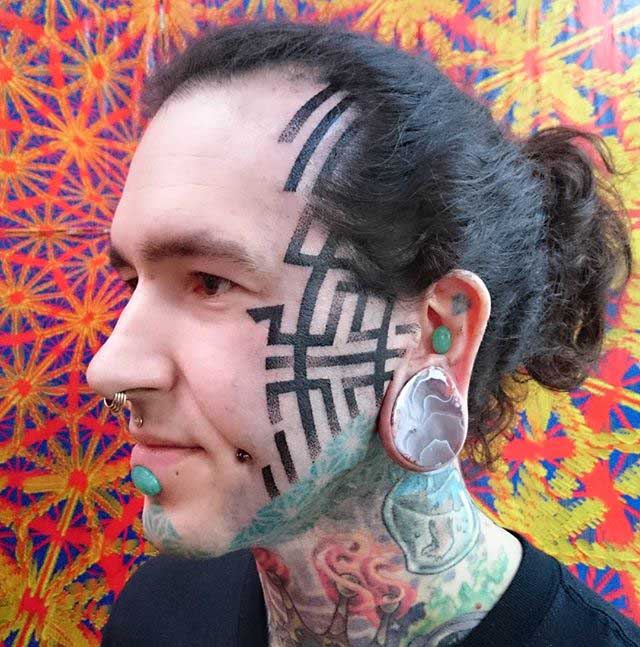