Every flower tattoo and every floral image on the skin have its own meaning. Some of them are showing the inner world, character and mood of their owners, others – can give their owners some new features and abilities. Tattoos with flowers look awesome when colorful and can be placed wherever you want: arm, leg, back, chest or belly – all is good.

Colorful buds provoke only best feelings and associations. They appear to be the best symbols of feminity, beauty, tenderness and fragility in general. That’s why they are the most demanded among girls.

Each kind of flower has its own meaning. However, it is also influenced by the appearance, shape, color accompanied elements of the design.

A tattoo with a rose in bloom stands for love and beauty. A white rose means innocence, purity, chastity. Black one points out a bad mood and suffering with sadness.

An orchid is full of glory and luxury. It is a symbol of harmony, exquisiteness, beauty, feminine charm and fertility.

Being a Buddhist symbol, constantly included into the depiction of the main God of the confession, lotus stand for both – the spirit and the matter. Such body drawing tells a lot about the philosophical life attitude of its owner and can also denote the power of art and the immortality of the mind.

Another flower, which image can tell about philosophical beliefs of its owner is a sakura flower. The fast flow of the time and the fragility of the existence – that’s what a lonely flower, as well as the branch in blossom, stands for.

A tat with a lily is, probably, one of the most popular flower tattoo design for girls on the market. It is mentioned as Hera’s favorite flower. In a form of a tattoo, it symbolized dignity, purity, and superiority.

Red tulip on a girl’s body would tell about the passionate romance she is experiencing at the moment. But the yellow flower is a symbol of disappointment, break up with the beloved or his cheating and betrayal.

According to one Japanese legend, iris flowers give a bravery to young manhood. Hieroglyph denoting this flower has another meaning – the warrior spirit. As a rule, iris flower tattoo design fit better for men, as they also symbolize self-confidence, wisdom and courage.

It can be any part of the body chosen for a flower tattoo to be placed. Girls, picking up some intimate areas of their bodies give such tattoos much deeper sense. Rose, lily or tulip on a chest tells that’s the owner of such tattoo is very sensitive and her ability to hide her real thoughts and feelings from others.

Flower tattoos on arms and legs, neck, back or lower back suggesting of the courage of their owners, their desire to stand out for everybody to notice. Flower tattoos on girl’s exposed parts of the body are telling of her feminity and uniqueness of their owner.
Flower tattoos can have much deeper meaning, that it can seem. Flowers are a symbolic embodiment of nature, its beauty, mystery and variety. In different countries and cultures, each flower had its own meaning. But almost all flowers in all cultures finally got its meaning.

There are several main and well-known flower images. Thus, eastern cultures admire flowers of lotus and sakura. Western countries are fond of roses and lilies. It’s worth mentioning, that the flower in a form of a tattoo shares the meaning of the real flower. So, flowers sometimes even become national emblems.

Flower tattoos are a typical feminine feature as an embodiment of feminity and beauty of women’s body. The color flower drawn also is very important. It can influence the tattoo meaning or even change it completely.

The symbolism of flower tattoos is mystical and hard to catch. It comes from, mythology and folklore of different countries that is why there are so many different meanings of different flowers. 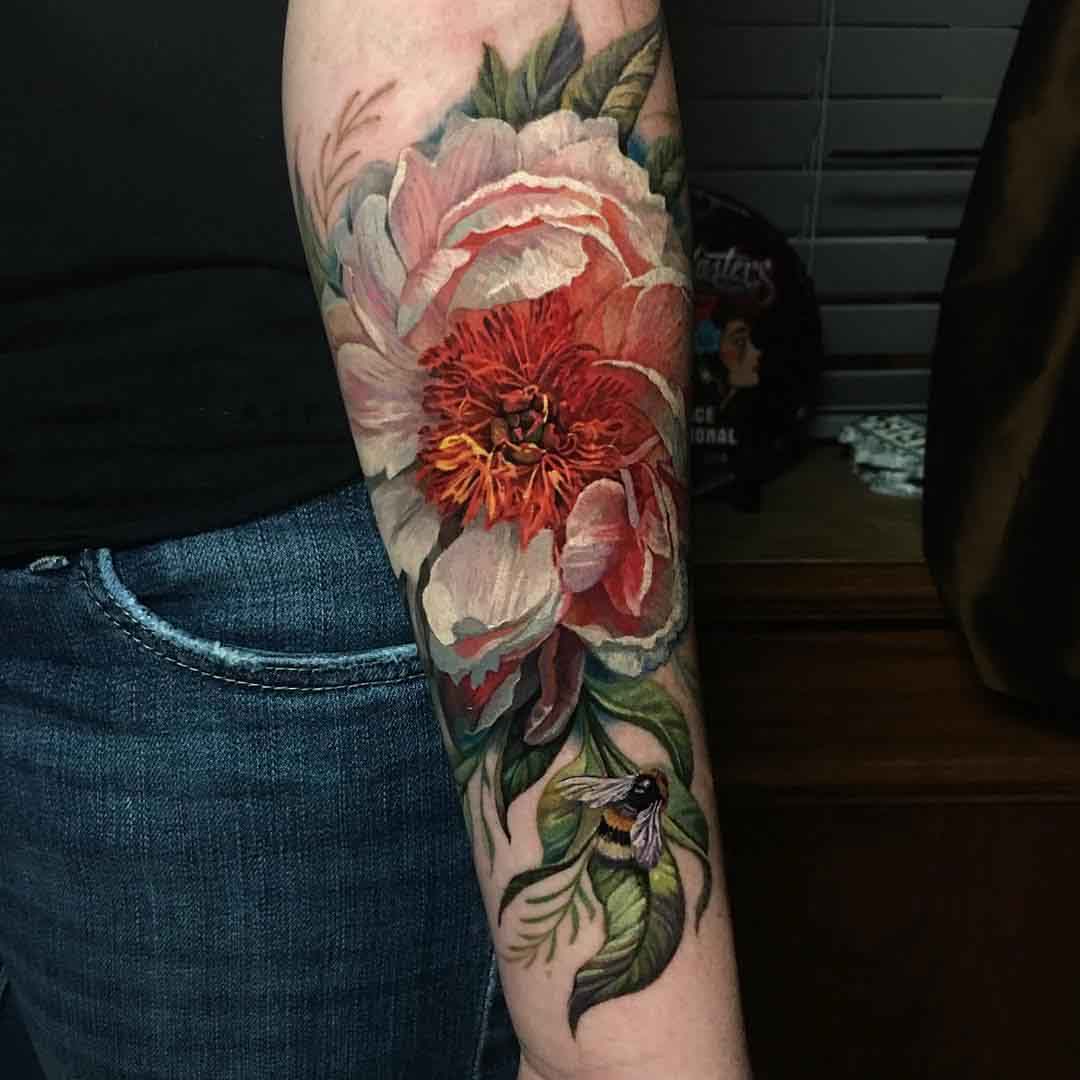 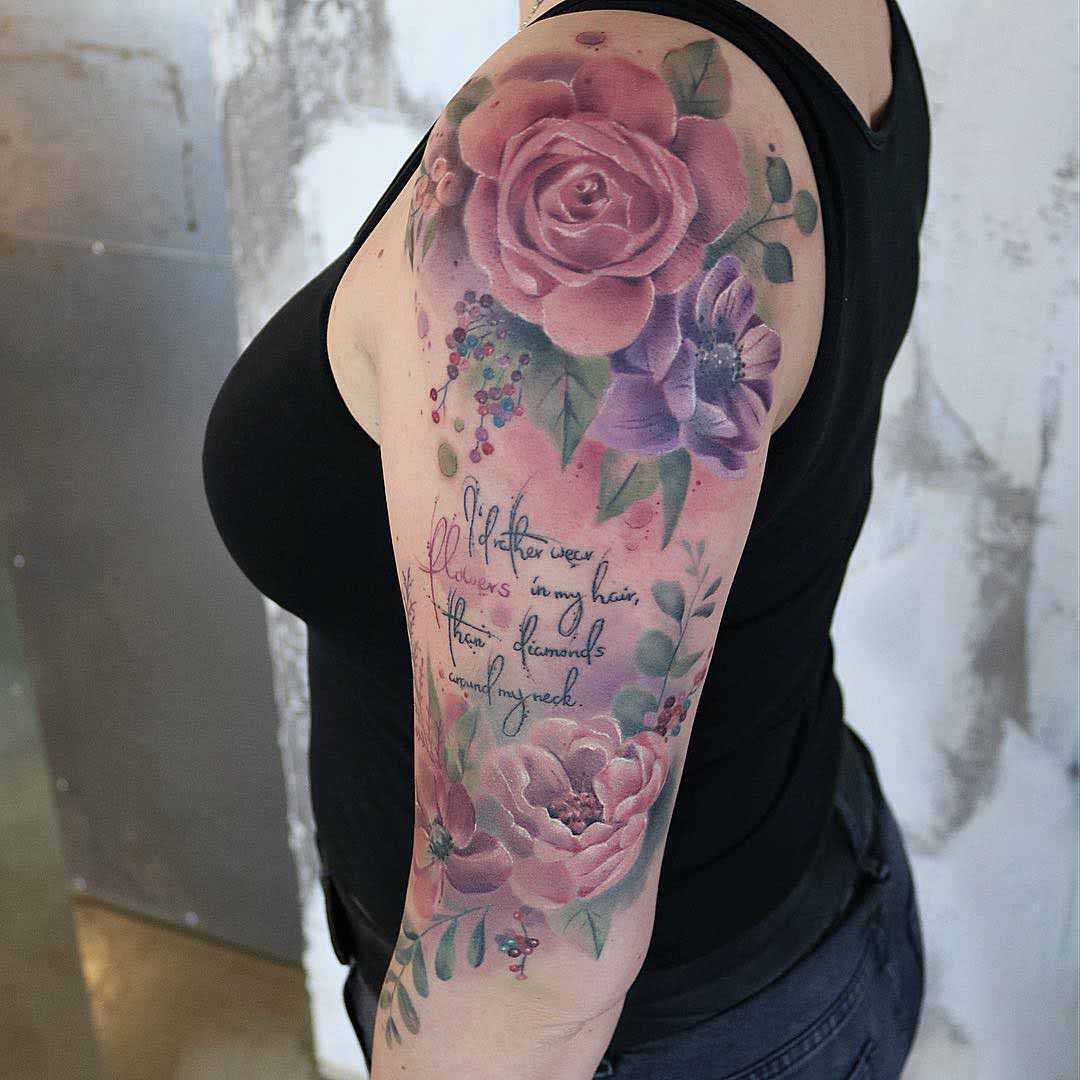 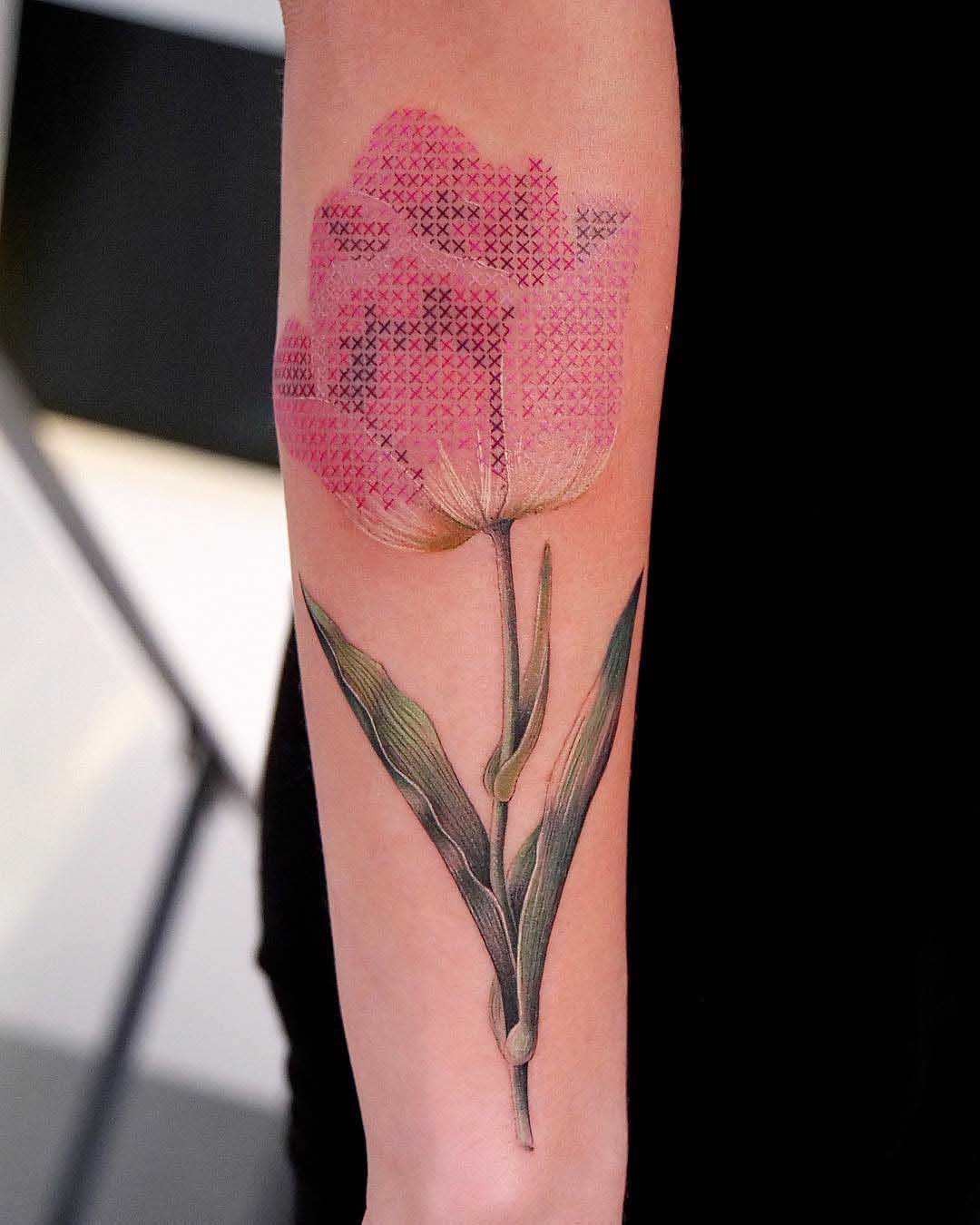 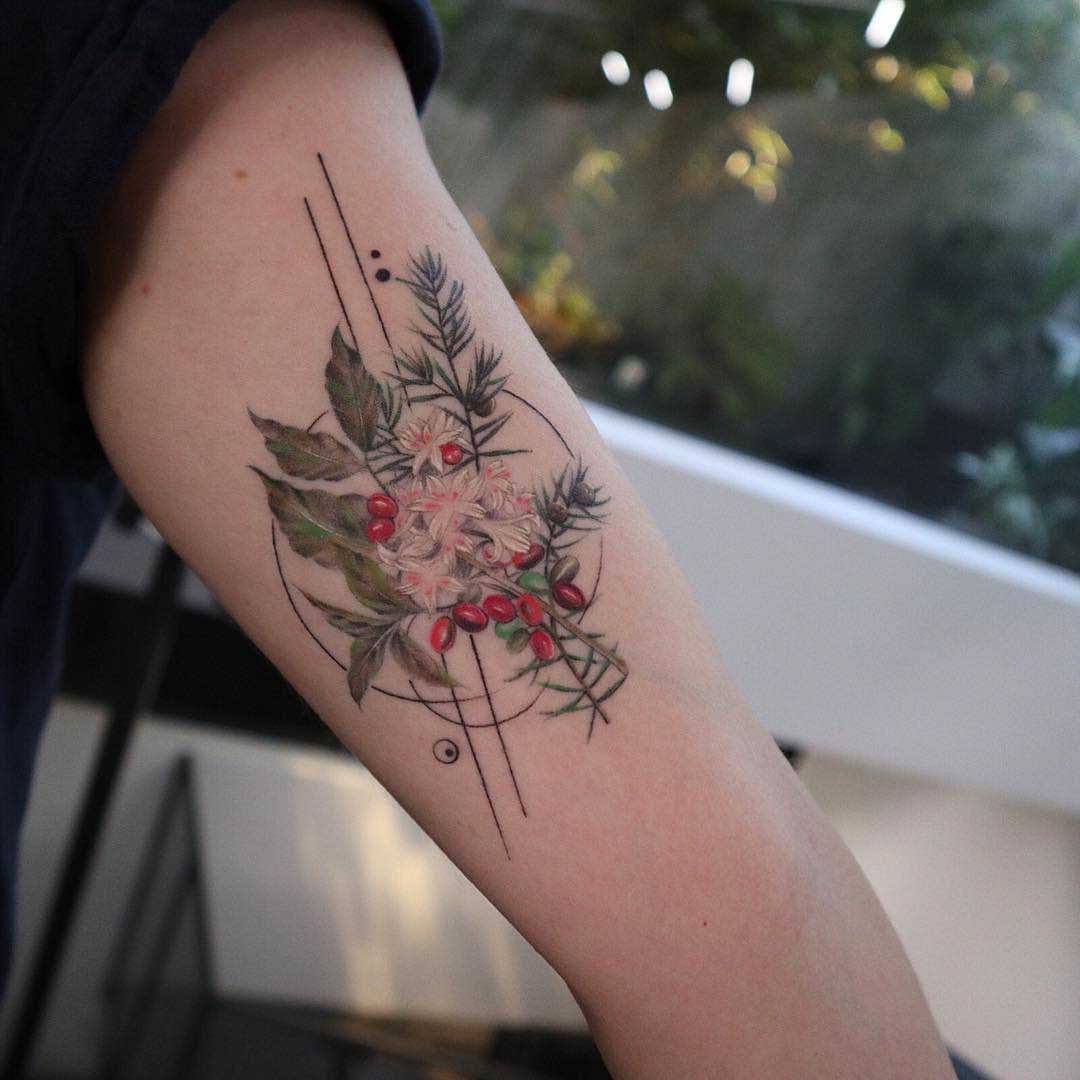 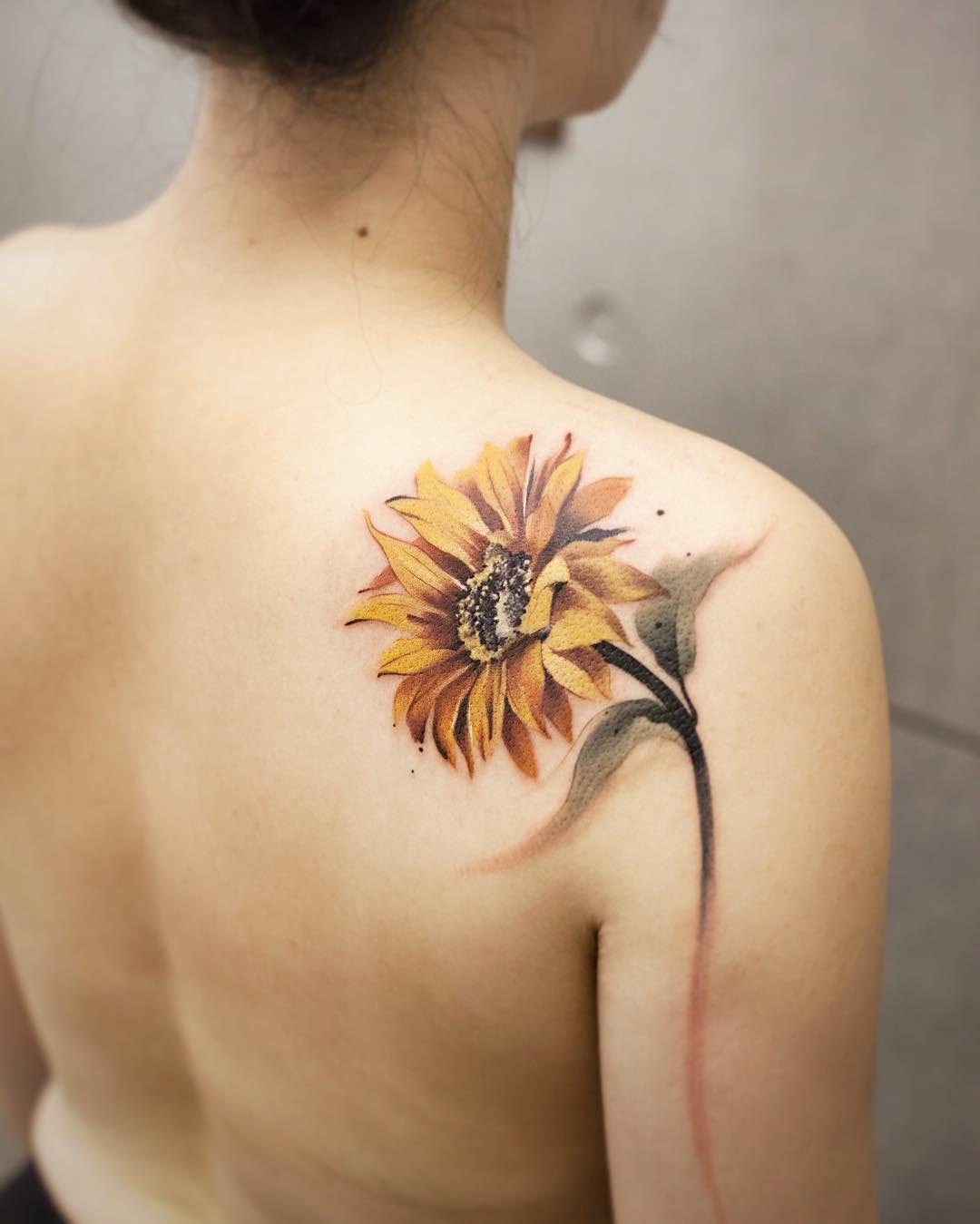 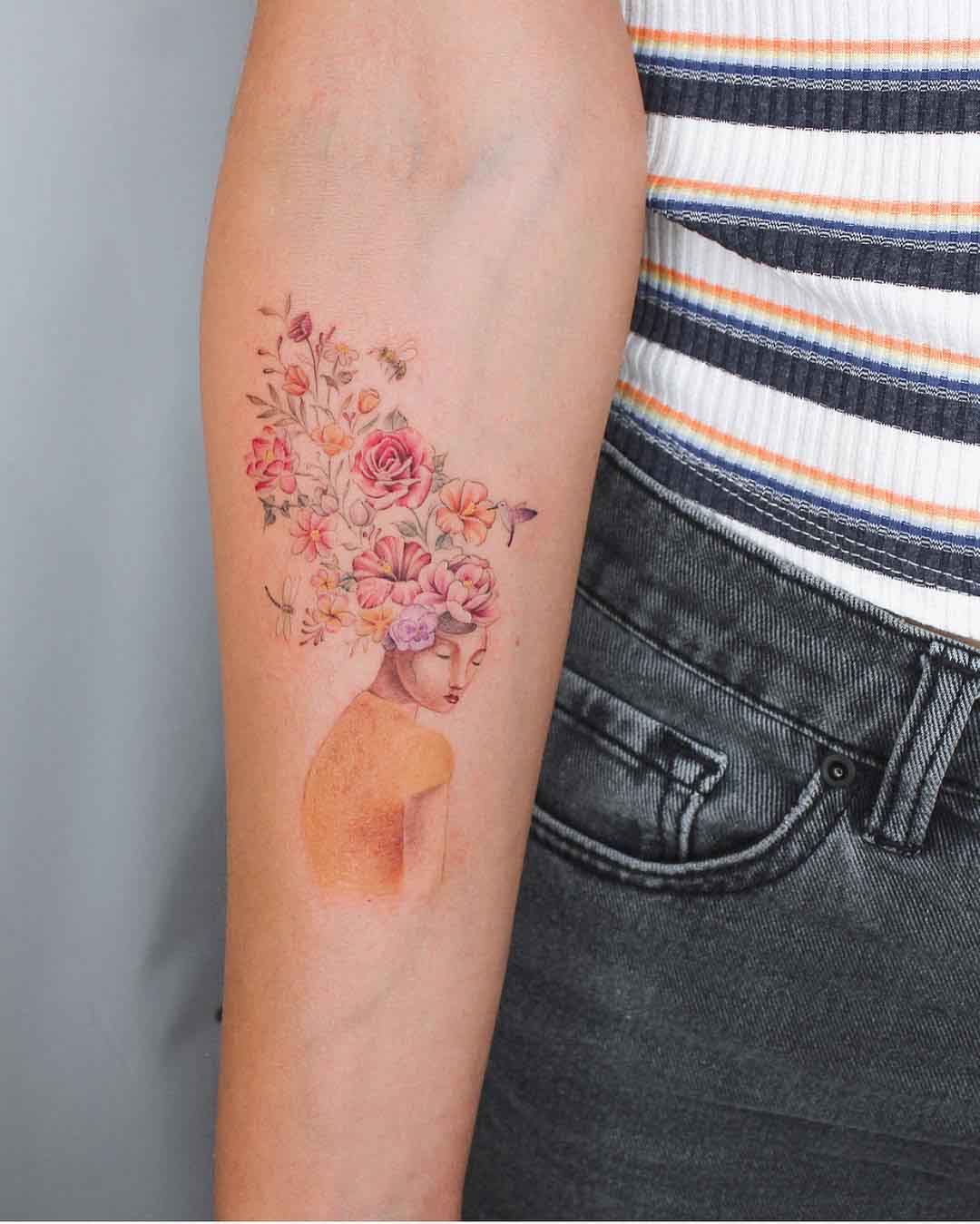 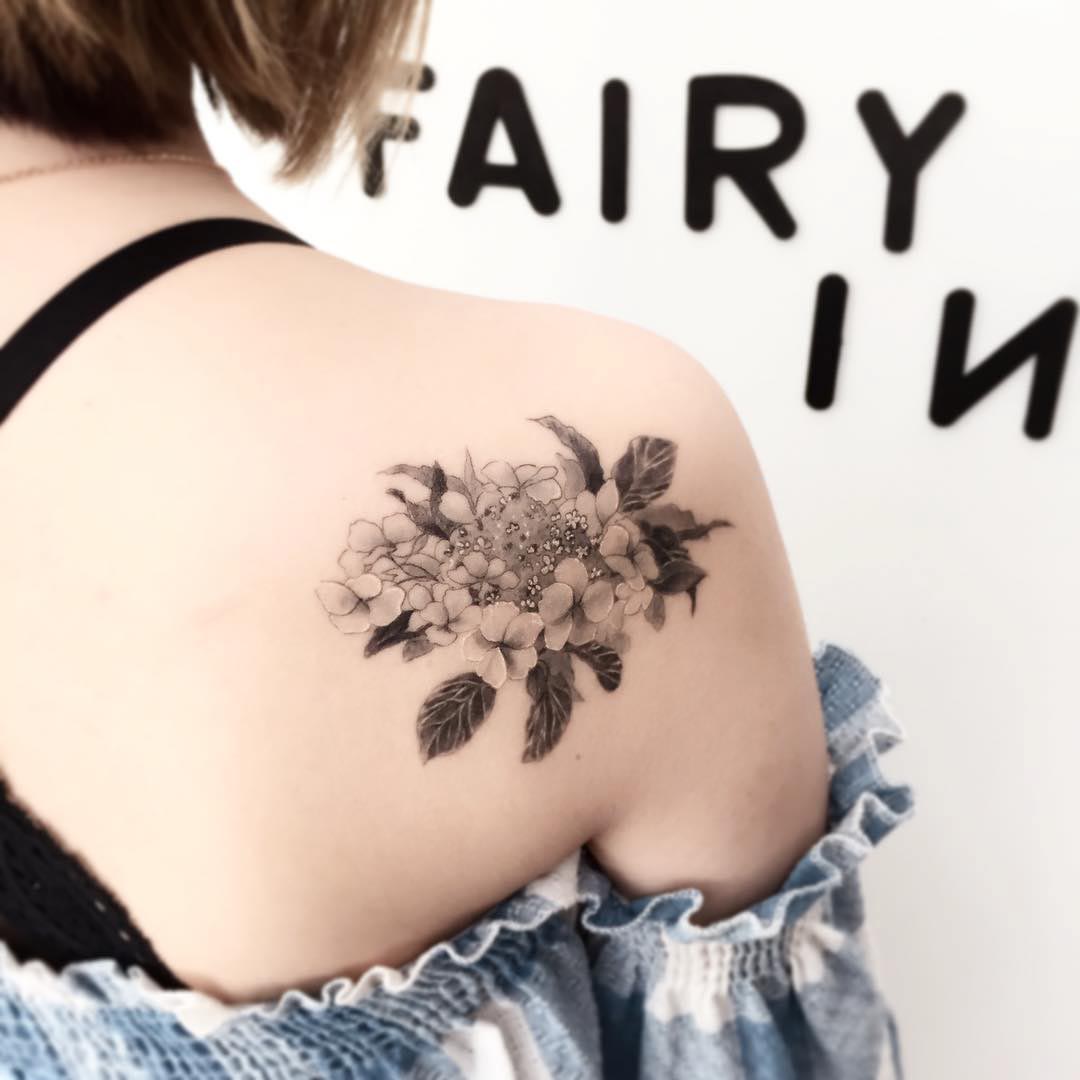 Back of Shoulder Flowers Tattoo 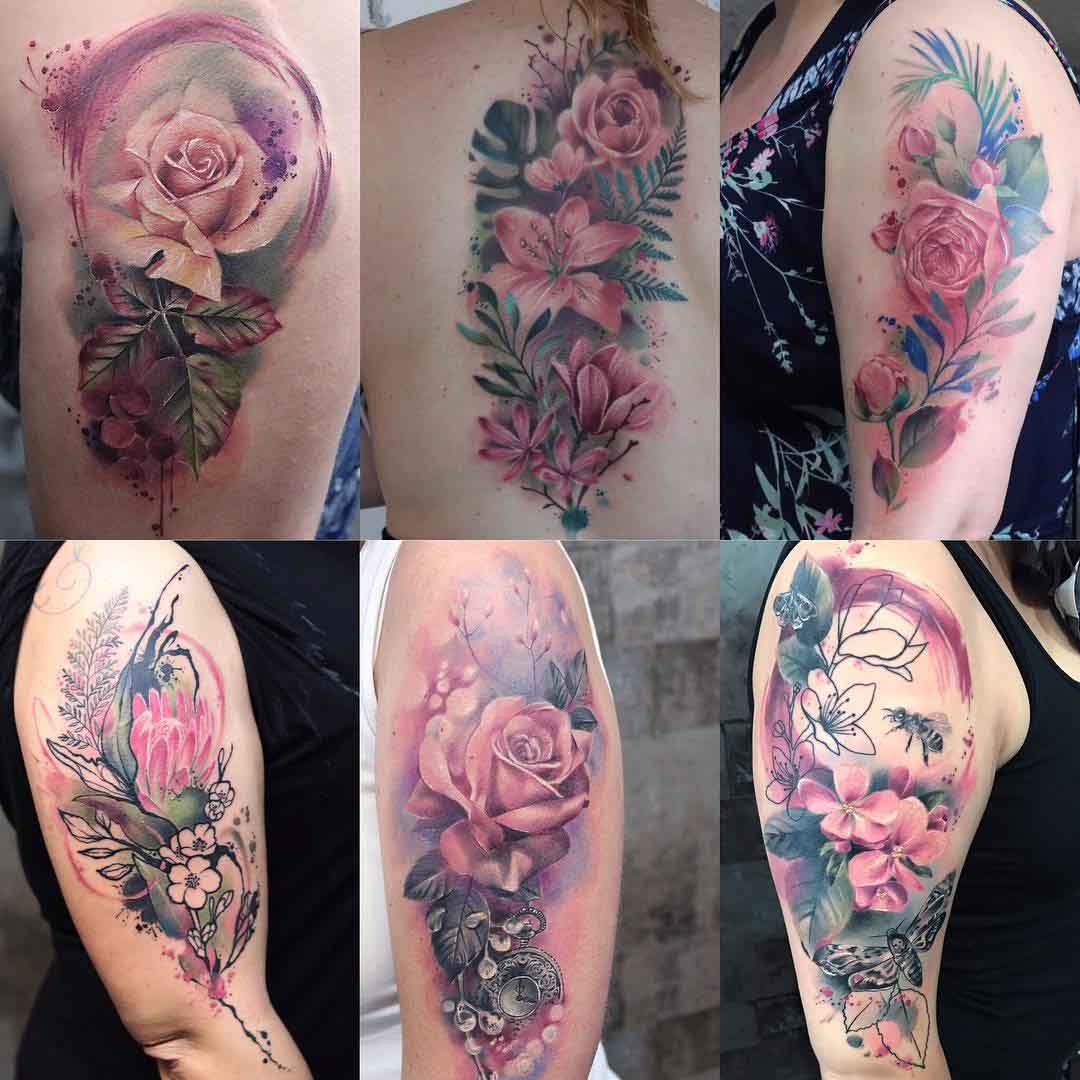 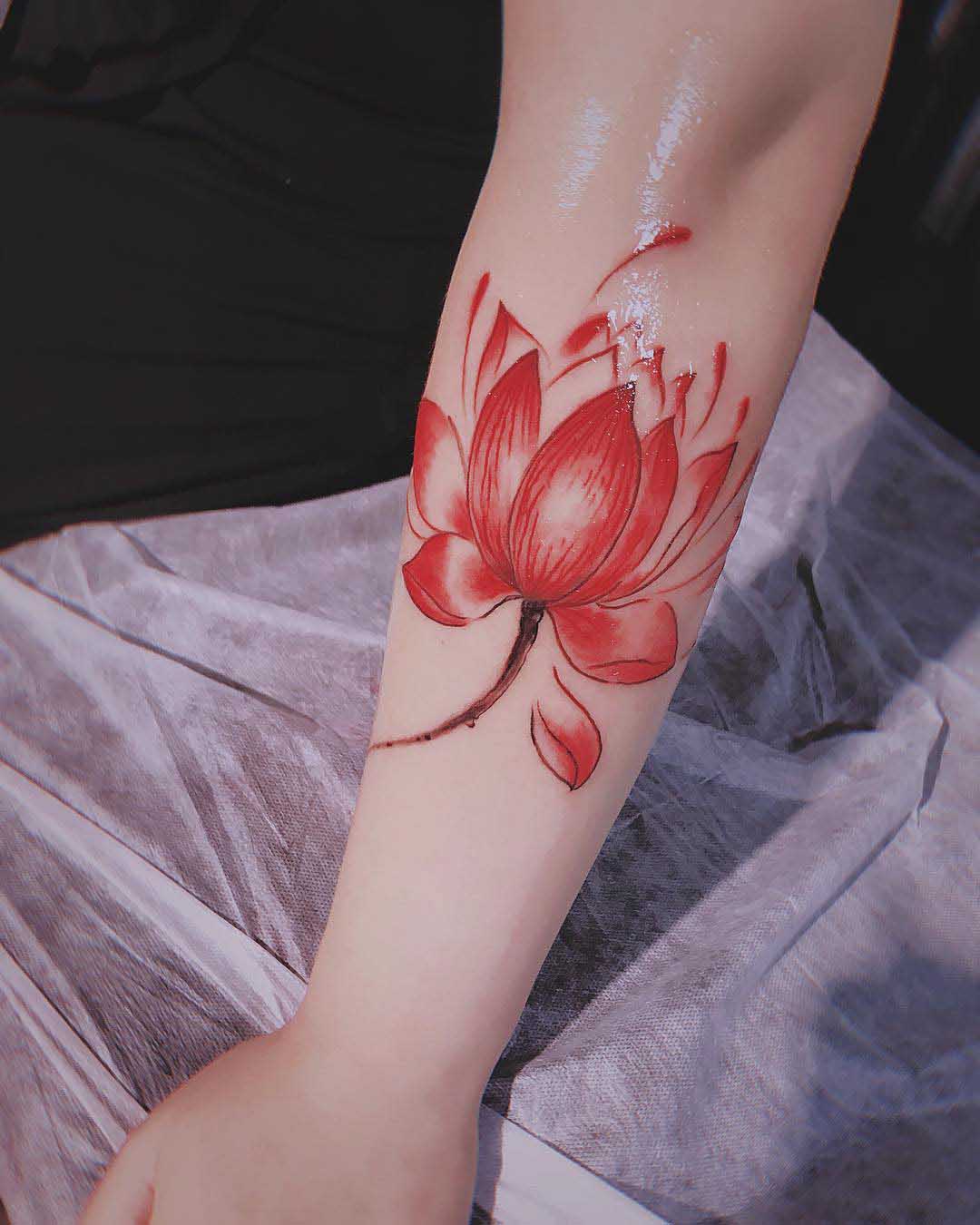 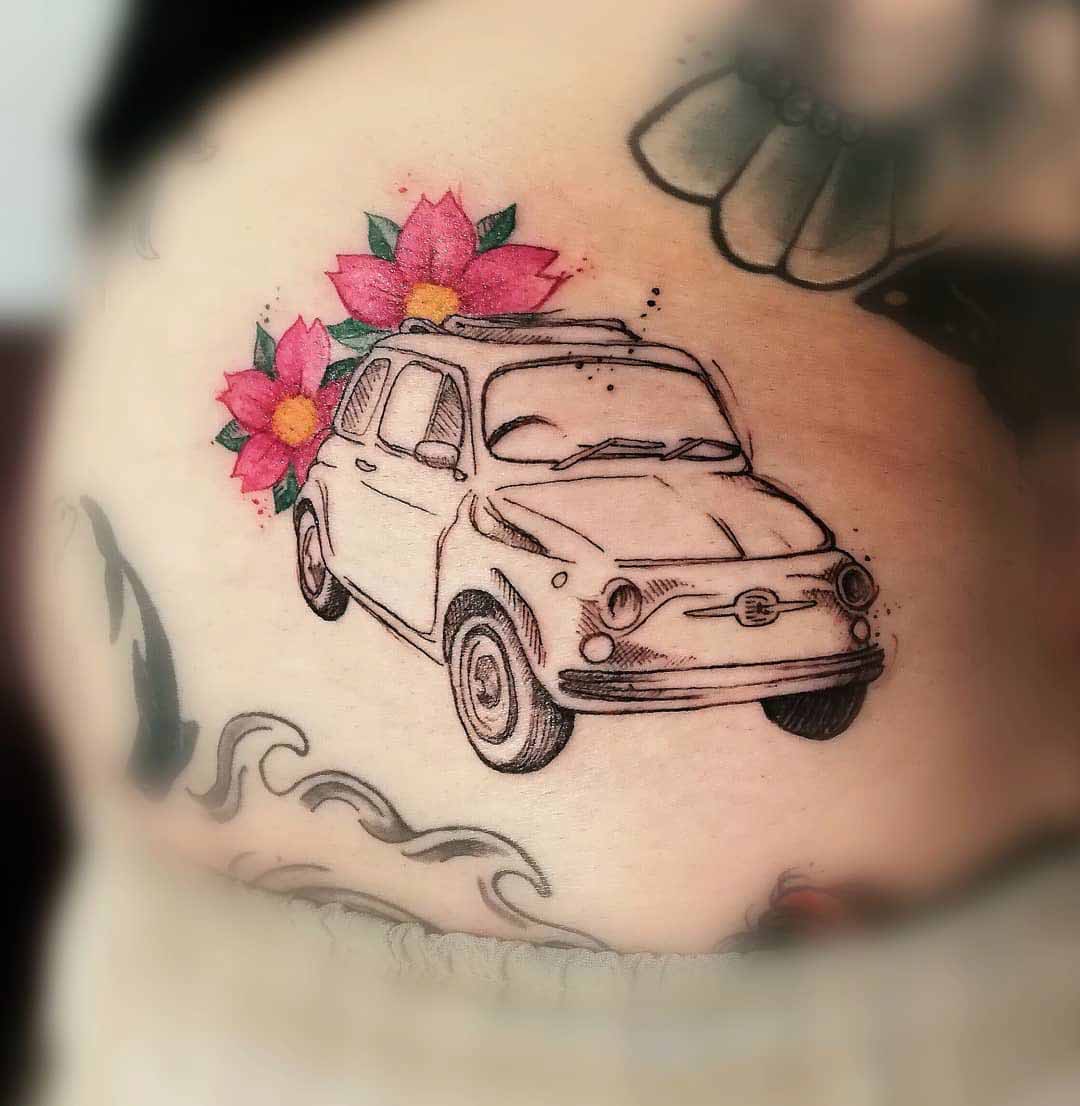 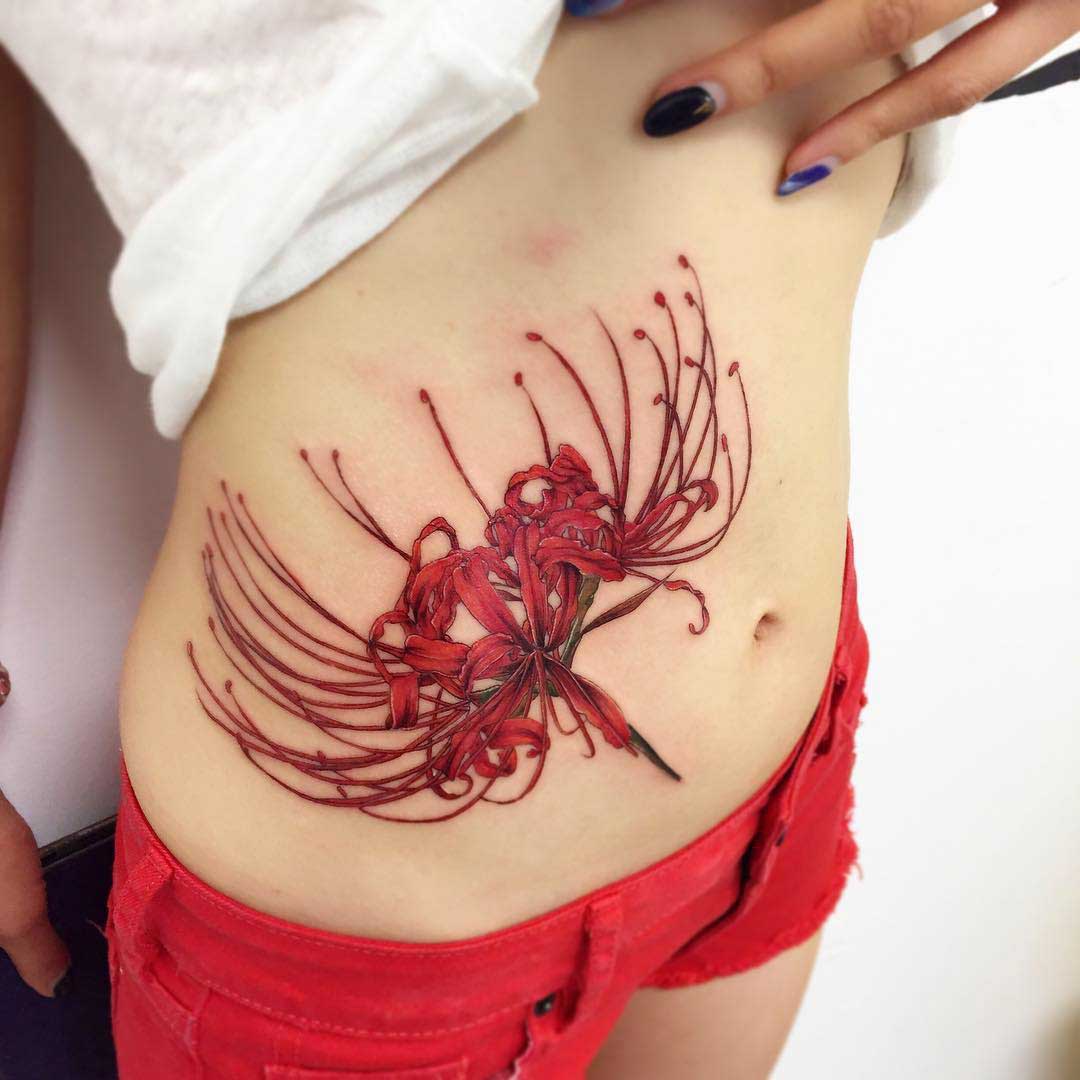 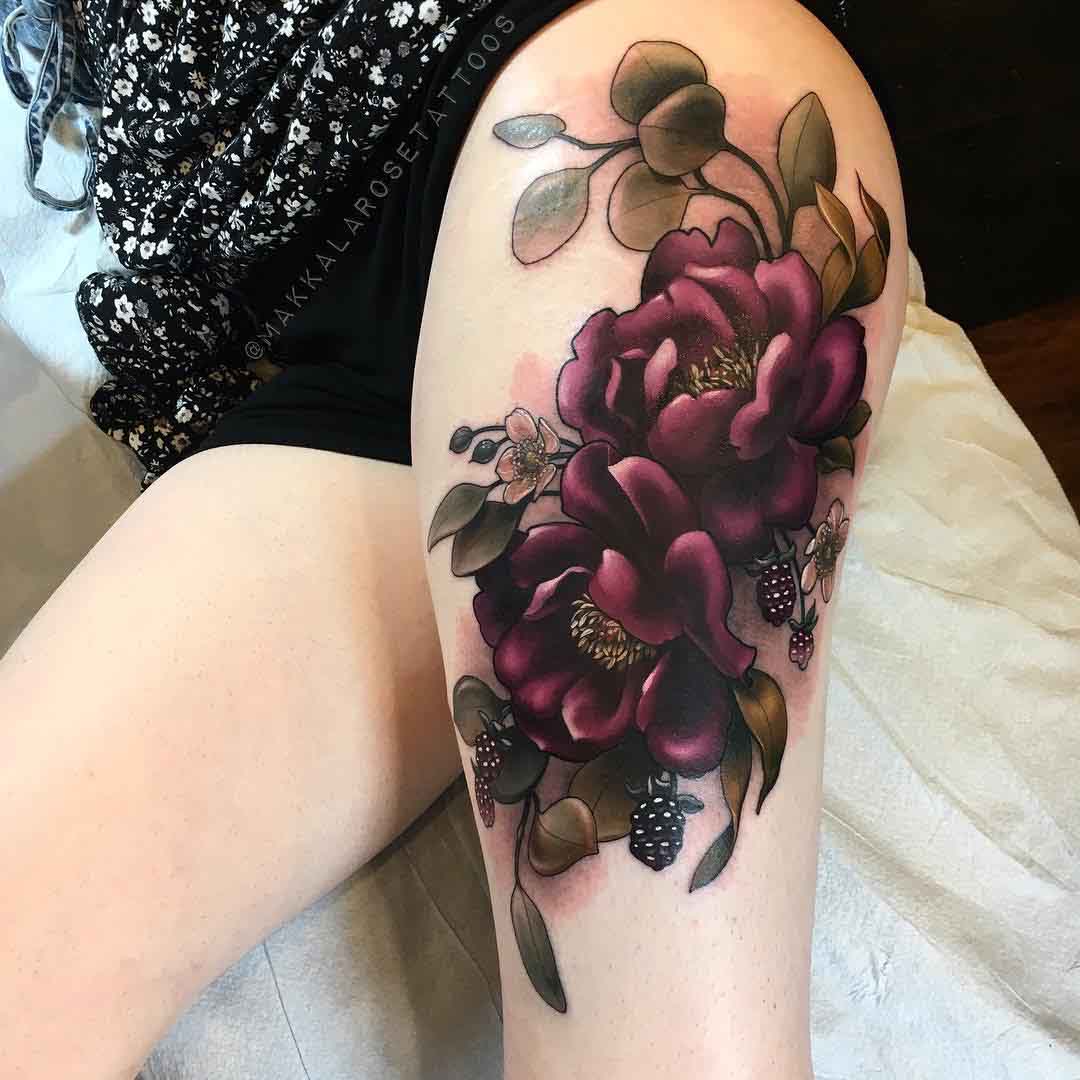 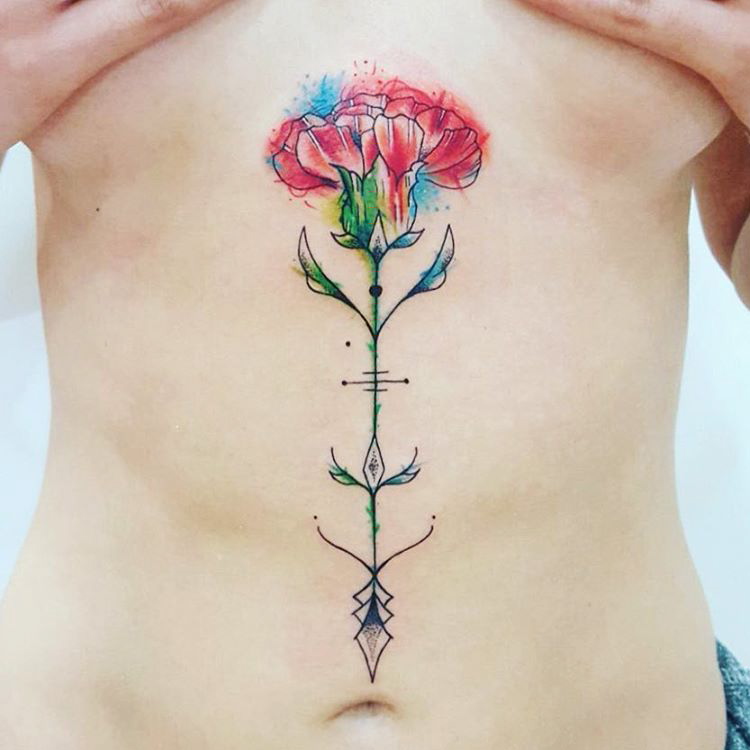 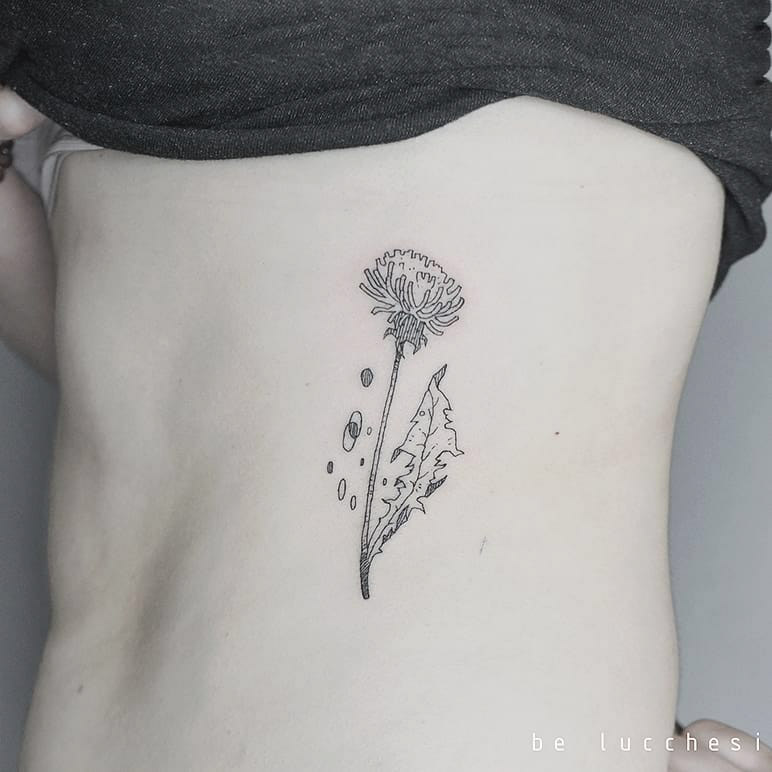 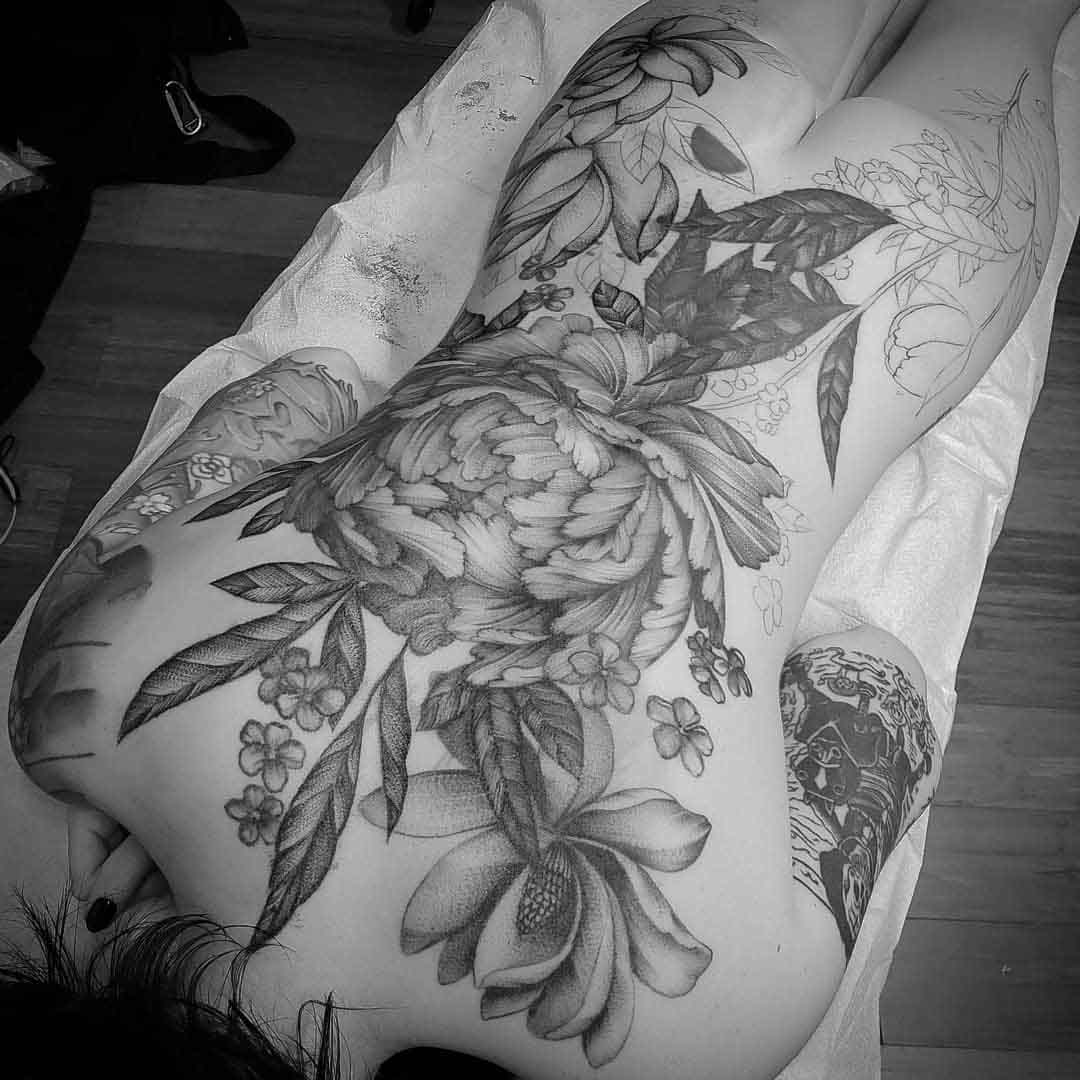 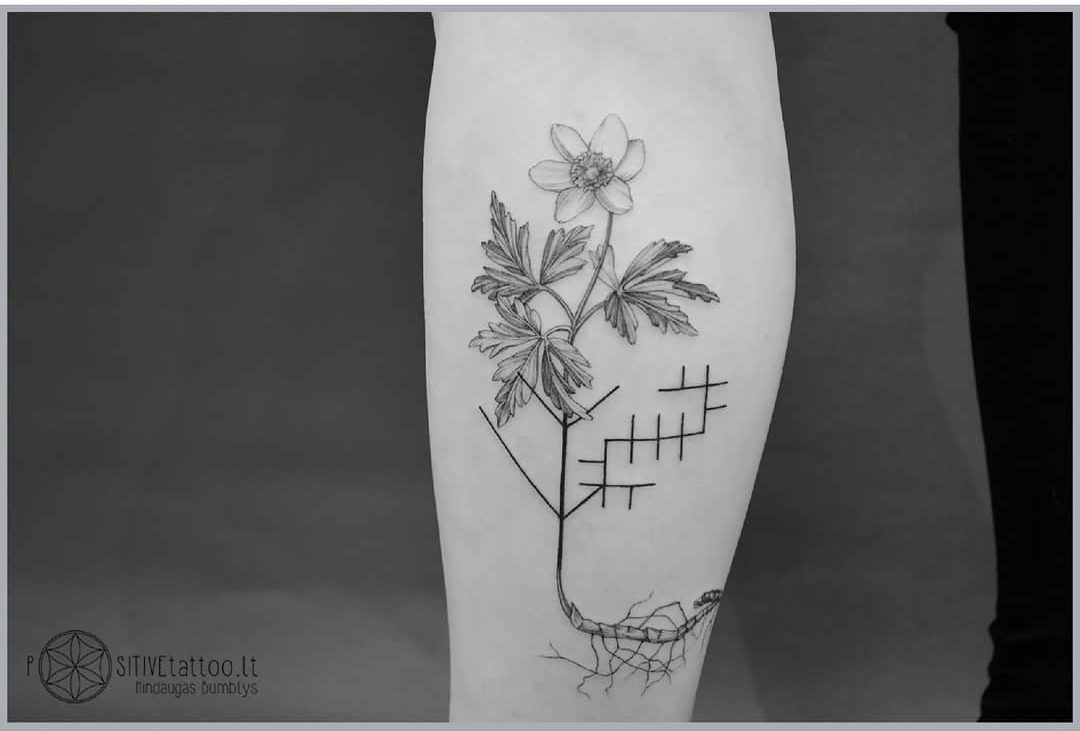 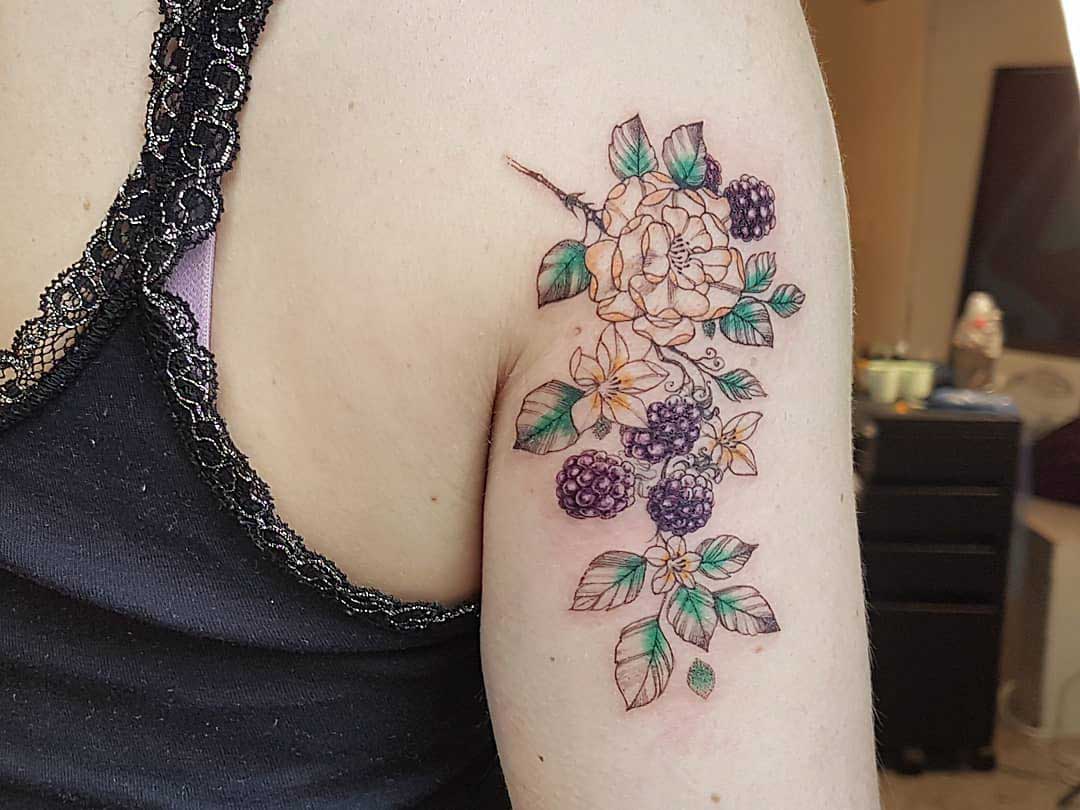